How to Overcome Your Reluctance to Visiting the Doctor’s Office

Does the thought of visiting the doctor’s office make your skin crawl? Do you wait until you’re near death before going to the clinic? Fortunately, you’re not alone with your fear or distrust of the doctor’s office. A 2021 survey of 2,069 American adults revealed that 20% of respondents did not trust physicians or the healthcare system.

Of course, no one enjoys getting a shot in the ass to treat a bad cold, but staying on top of your health is essential. To understand medical mistrust, it’s crucial to look at the history of medical abuse in the United States and what white-coat hypertension entails. Here’s a look at the history of medical mistrust among Black Americans, plus tips on overcoming that mistrust to make regular doctor’s appointments.

Medical mistrust is a significant issue among African Americans, likely heightened by the notorious Tuskegee Syphilis Experiment. This horrific event began in 1932 when the U.S. Public Health Service conducted tests on 600 Black men diagnosed with syphilis and those without the disease. The experiment continued for several decades, even though the cure was publicly announced in 1943 (CDC).

Participants and their loved ones would receive a $10 million settlement four decades later, but the damage was done. Unfortunately, many African Americans reference this event as a reason they don’t trust healthcare professionals.

The connection between medical mistrust and white-coat hypertension

Aside from racism, other reasons for medical mistrust and anxiety from going to the doctor’s office can arise due to “white-coat hypertension.”

“White-coat hypertension affects about one in five adults, studies suggest,” says Teri Dreher, RN, a registered nurse at NShore Patient Advocates in Chicago. “They may have a normal blood pressure at home (defined as 120 or less systolic – the top number – and 80 or less diastolic), but it spikes in a hospital or doctor’s office. It appears to be more common in women, older adults, nonsmokers, people with mild hypertension, and those who are pregnant.”

Alongside the fear of potential medical abuse, some patients are wary of doctors because of past sexual trauma. As a result, women may be very uncomfortable having a breast exam or a pap smear. “Survivors of sexual trauma may experience white-coat anxiety when it comes to certain procedures like pelvic exams,” says Dreher.

Additional reasons people have fear or distaste for the doctor’s office include:

How to become more confident in visiting the doctor’s office

Despite your concerns, you are capable of overcoming your fears of going to the doctor’s office. Your health should be your ultimate priority to ensure that you can detect any warning signs early on. Becoming more comfortable with healthcare professionals won’t happen overnight, but it can be accomplished.

Here are some ways to make a doctor’s appointment a less anxiety-inducing process to endure:

If you feel anxious about your appointment, take the necessary steps to prepare yourself in advance mentally. You can do this by scheduling appointments several weeks or months out (if it’s not an emergency) so that you’re ready when the day comes.

A quick way to ease your mind and body is to practice different breathing exercises. According to Harvard Health Publishing, breathing techniques like deep breathing can encourage relaxation and balance blood pressure levels. As you travel to your appointment or sit in the exam room, practice breathing exercises to clear your head.

Don’t feel like a dependent child if you bring someone with you to the doctor’s office. Having your partner, friend, or family member can help ease your nerves as you sit in the waiting room. There’s nothing like having someone who truly supports you right by your side in an uncomfortable situation.

If you’re still feeling reluctant about the doctor’s office, it may be time to seek professional mental health counseling. More intense counseling may be required for people dealing with sexual trauma or those who associate doctors with racism. 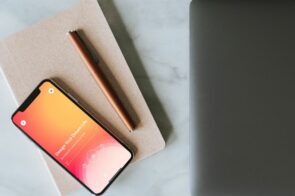 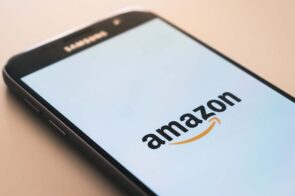 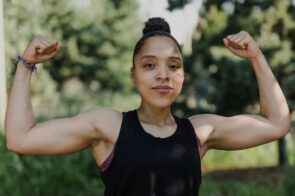 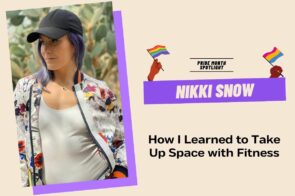