The Truths and Myths Behind Intuitive Eating

I used to count Wheat Thins. Sixteen of them – the prescribed serving size. Then I would take out my measuring spoon and measure out 1 tablespoon of peanut butter – yes, only one – as the prescribed serving size for peanut butter seemed preposterous. I would proceed to dip the corner of all 16 crackers into said peanut butter; and that was my daily brunch, rounding out at around 250 calories. I would match that number at dinner and go to bed feeling happy and proud that I was able to finish yet another day without going over 500 calories. The sense of control I believed I possessed meant way more to me than food. 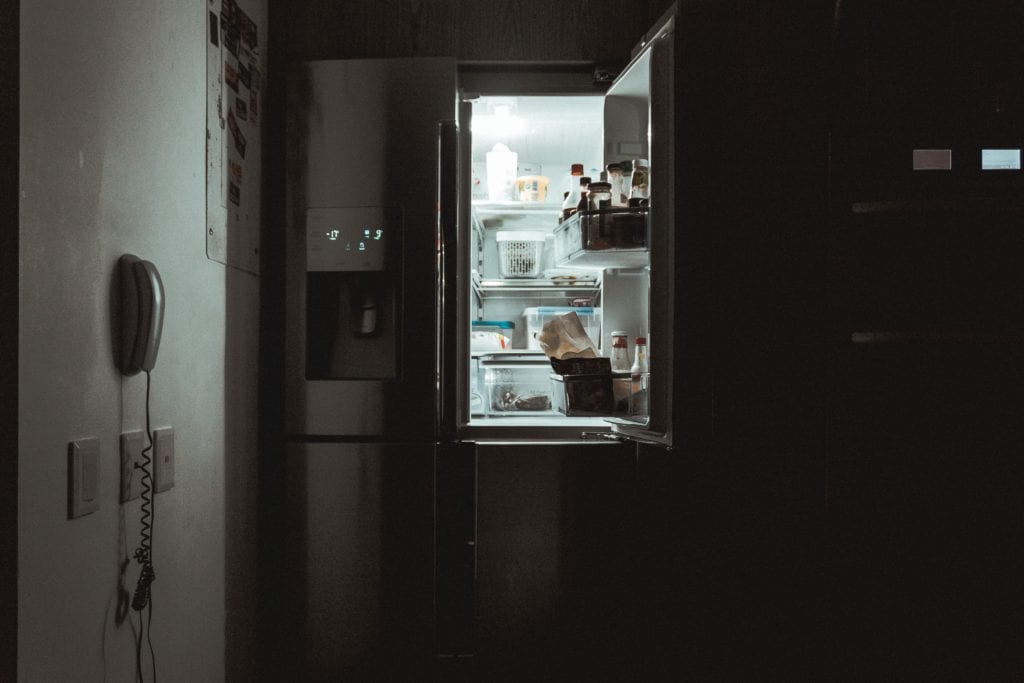 As I recovered from that period of my life, I found myself practicing a lifestyle that many people can relate to: eating totally healthy Monday-Friday afternoon and then going on a Friday evening-Sunday evening bender of all of the food and drinks. My days were either healthy or unhealthy. Good or bad. Full of contentment or full of guilt.

I lived this way for a long time, spending Monday-Friday preparing for what I thought was inevitable guilt and then spending Friday-Sunday completely self-loathing. And yet, I still felt that I was in control. I was choosing which days were good and which days were bad, and I was always acting accordingly.

When I became a fitness professional, I knew I needed to make a change. So, I chose to count macronutrients. “Everyone else is doing it. I should be, too,” I thought to myself. I spent hours researching and found a few trusted sources that I followed, hoping I would feel just as strong and empowered as they did.

Well, I didn’t. In fact, I felt even worse counting macros than I did counting Wheat Thins. Instead of feeling in control of my macros, I felt that they were controlling me.

I gave up on macro counting as soon as I found that it was not driving me towards a healthier, more fulfilling direction, and I started to research Intuitive Eating. After reading one article, I was terrified. What could result in any less control than letting your body guide you?

I spoke with Licensed Clinical Psychologist Paula Freedman, and she put my mind more at ease as she “myth busted” common fears that many people have about intuitive eating.

Yes, the “Honeymoon Phase” is real

When rigid people who have been following nutrition and or diet rules for a long period of time begin to practice intuitive eating, they tend to swing all the way to the other end of the pendulum.

“You may go wild on foods that you previously weren’t ‘allowed’ to eat,” Freedman explained. “And you have to have that food every day. You need to have that food every day. The trick is to teach your body to trust that you will eat what It’s craving and won’t deprive it. You have to work through that and trust that you’re not going to want it all the time anymore. The only reason you want it so much is because you’ve deprived yourself from it for so long.”

In order to set yourself up for success throughout this initial process, it is important to teach your mind to stop labeling food as “good” or “bad”.

“Food has no morality,” Freedman began. “Nutritionally speaking, a donut and kale are different, but food is also about satisfaction, pleasure, and it increases your quality of life to allow yourself to enjoy food. When you take away the satisfaction piece, you take away all the fun.”

No, intuitive eaters are not less healthy than any sort of trackers.

“When you respect your hunger and fullness cues and let your body guide you, typically cholesterol, blood sugar, etc. remain relatively stable,” Freedman stated. “For health-conscious people, it’s helpful because you don’t yo-yo, binge, get upset, body shame, and then tighten the reins again. It’s sustainable.”

This could mean holding on to fat for dear life, a slower metabolism, and overall lack of weight loss progress.

“[Intuitive eating] is what we’re naturally meant to do. It’s returning to the philosophy you already have when you’re born. A baby will tell you when it’s hungry and when it’s full it will turn its head away. That gets conditioned out of us.”

Intuitive eating isn’t just for people recovering from a disorder

Although many people recovering from an eating disorder can find themselves living a sustainable lifestyle by intuitive eating, anyone can experience the mental health benefits that they lifestyle provides.

“Mental health is a big benefit of intuitive eating,” Freedman explained. “You’re not depriving or cleansing yourself before a big event or a big trip.”

There actually is no such thing as sugar addiction

Registered Dietitian Maggie McDaris assured me that I couldn’t worsen my sugar addiction because it is actually physiologically impossible to be addicted to sugar in the first place.

“The idea [of sugar addiction] came about because sugar does release dopamine in our brain in the same way that a drug can, but this is where the similarities end,” McDaris began. “In fact, many things we enjoy change the chemistry in our brain similarly to sugar: dancing, driving fast, a song we love, sex, even some other foods like green tea.”

McDaris continued, “Our bodies build up tolerances to drugs, meaning we need more to get the same effects. This is what makes them addictive. That is simply not the case with sugar.”

Cravings aren’t the problem. The rules we use to ‘control’ them are.

Very perplexed, I asked, “If sugar addiction isn’t real, then why do I so frequently experience massive sugar cravings?”

“We have stopped believing that we can ‘control’ ourselves and our cravings, so we must create rules around food to keep us from doing so,” McDaris explained. “The unfortunate and ironic fact about this, though, is that it is those very same food rules that actually create and heighten those ‘uncontrollable cravings’.”

McDaris continued, “The scarcity principle is the idea that if we think something is going to be unavailable, we place a higher value on it – we want it more! It’s a biological survival mechanism. That means if someone has decided they are going to cut out sugar, all of the sudden, they want it more. It’s not the addictive cravings, it’s the psychology of restriction.”

Which again proves that anyone — someone forever health-conscious, someone looking to make a positive lifestyle change, someone recovering from an unhealthy relationship with food, someone just plain sick of following rules — can benefit from intuitive eating.

“Because cravings come from our psychological relationship to food, not a physiological addiction, they need to be addressed psychologically. In listening to your body, allowing yourself to eat sugar or cookies or whatever your craving may be, we are actually working against the scarcity mindset that is creating those craving in the first place,” McDaris concluded.

“The more frequently you allow yourself that chocolate chip cookie, the less likely you are to have 4-5 at one sitting because you know you can just have another one tomorrow if you want.”

And that new mindset has brought me the most satisfying, most fulfilling, most joyful sense of control I have ever had.