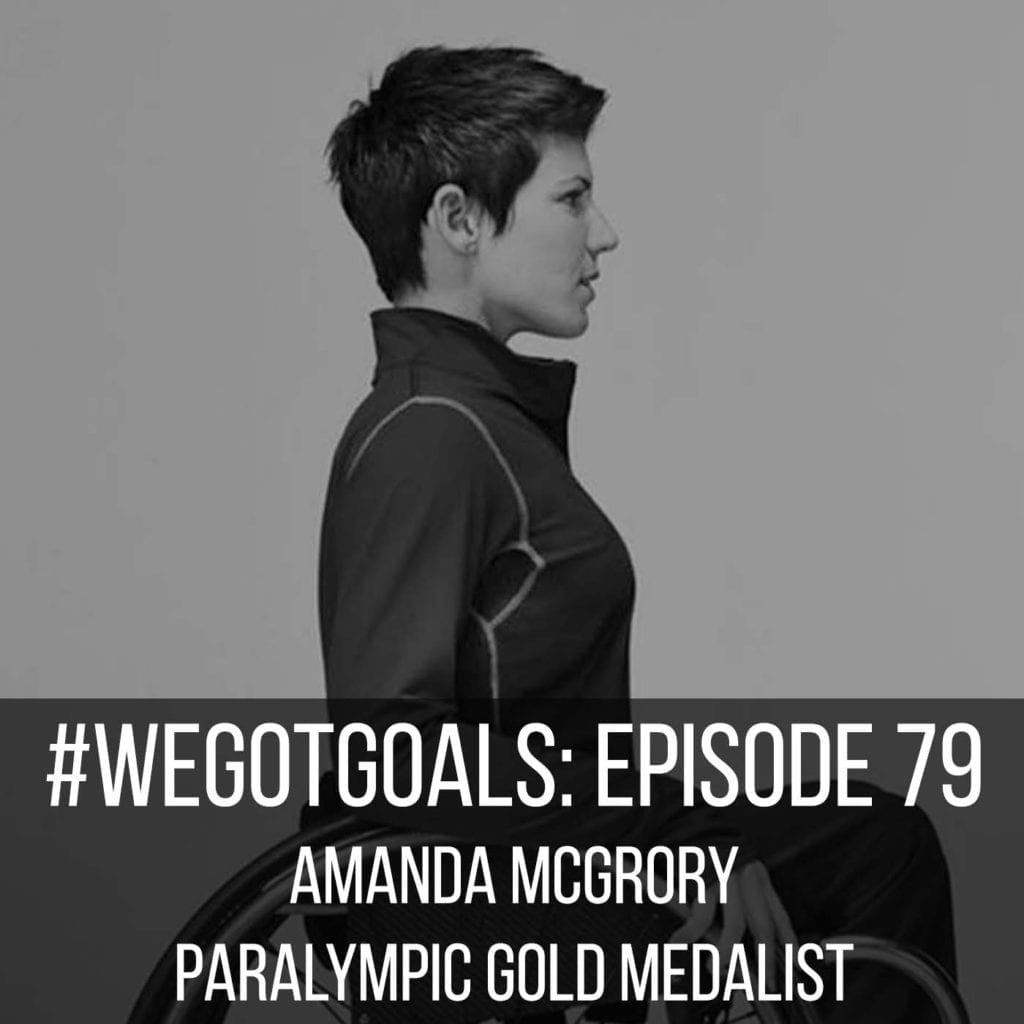 Sure, there’s a lot to be said for shiny new presents left underneath the tree (and we have a whopping 10 gift guides to help you in that effort).

In other cases, though, great treasures come from digging deep in the back of your closet or dresser drawer to find that shirt you’d forgotten you bought, that necklace you were gifted by your grandmother, or some other item you once wore regularly but is now long-buried.

This holiday season, the #WeGotGoals team is unearthing some of our shiniest gems from the past. If you tuned in somewhere along the way of our almost two-year run (yep, we’ve been at this podcasting thing for a while), you might not have heard these episodes at all. But even if you did, dusting them off and listening to them again might reveal new wisdom in a different era of your life.

That was certainly true for me when I thought back on this interview Jeana did with wheelchair racing superstar Amanda McGrory, which originally aired in July of 2017. As I mention in the new intro, one thing that struck me was McGrory’s recommitment to the same goal, but with a different process.

I’m currently entering a new cycle of my career—finishing one big project and having eyes open to what’s next. The idea that I could set my sights on similar long-term targets, while experimenting with new ways to get there, has already resulted in a renewed sense of motivation and energy for me.

Also—I’ve long admired the way wheelchair athletes like McGrory view their roles as examples, showing others with disabilities just what’s possible. And as I thought about that a little bit more, I realized that if I put myself on the other side of that sort of equation, I could adopt a much deeper appreciation for others’ successes.

I’m sure I’m not the only one who’s sometimes hit with a twinge of envy when someone younger than me achieves a professional milestone or peak I haven’t hit (or, on the flip side, when someone older than me runs a better race or a faster time). I’ve long tried to use this type of feeling to my advantage, letting it guide me toward projects I’m passionate about. After all, if I’m jealous of someone else for doing it, it might just be something I want to put focused effort toward myself.

But I feel like, following McGrory’s line of logic, I can also take that a step further. What if I view others’ triumphs as examples of what I too could do, guiding lights showing me what could be possible if I merely put my mind to it and work hard along the way?

Sure, there’s competition in writing and in running, and just because one person achieved something doesn’t mean I will too. But it also doesn’t mean I won’t, and in some cases, it’s the push I need to get me to whatever the next level might be. It’s an added layer to something like Ann Friedman’s Shine Theory or the idea that there’s enough success to go around, and thinking of it that way deepens the authenticity of it for me.

Jeana, Kristen, and Maggie will be sharing updates on prior episodes in the next few weeks as well—so if you like what you hear, please subscribe to #WeGotGoals on Spotify, Apple Podcasts, or any other podcasting app, and while you’re at it, leave us a rating or a review.

Oh, and stick around till the end, where we’re going strong with real-life goals from YOU, our listener. Want to be featured on an upcoming episode? Just send a voice memo with a goal you’ve crushed, a goal you’re eyeing, or your best goal-getting tip to me at [email protected]