In his book entitled Our National Parks, the 19th century author and environmental philosopher John Muir wrote, “Thousands of tired, nerve-shaken, over-civilized people are beginning to find out that going to the mountains is going home; that wildness is a necessity.” While musing on Muir’s words, one might think of cell phones ringing, Apple watches pinging, and horns honking in the city. Muir wrote those words in 1901. For many decades, then, it seems, civilization has been running us ragged. 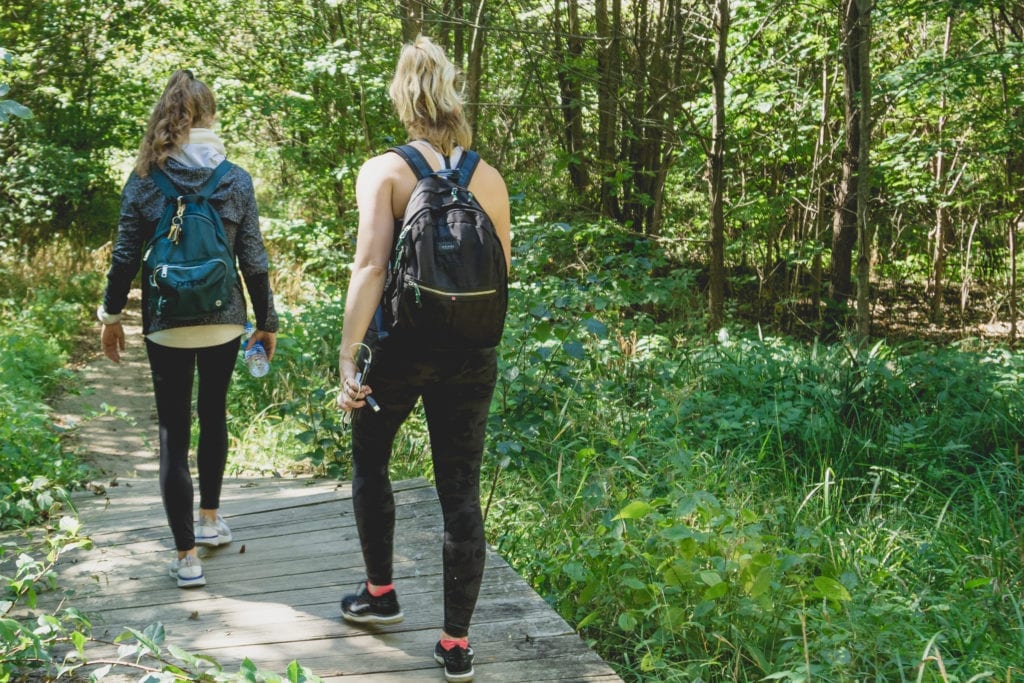 I currently live in Shenzhen, China, a city of over 12 million people. I am daily navigating streets bursting at the seams with bikers going every which way, big trucks and honking taxi drivers. I, like many of you, know something quite visceral about that feeling of being over-civilized. Enter our hiking boots, or sturdy tennis shoes.

In the spirit of National Take a Hike Day, here’s how to do right by whatever wildness your city or town has to offer:

Take a chance and set out on a new path

Recently my friend Alli and I set out for the hills of Hong Kong for a hike to Tian Tan Buddha, the big-bellied deity that rises 112 feet heavenward and symbolizes the harmony that we humans can strike with nature. (As an aside, I thought that the Buddha was an ancient structure. Lo and behold, it was erected in 1993, I think largely for the purpose of tourism.) The blog that we were following did note that the trail was a bit tricky to find, but worth the adventure.

As it turned out, that adventure came in the form of five extra miles as we twisted and turned and backtracked and re-tracked to find the hidden trail. It was worth it. When we finally found the path — made up of thousands of stairs rather than dirt as is the Hong Kong way — we felt absolutely victorious.

If you find yourself up for some novelty, the National Park Service offers a quick search for the bountiful trails in your state.

Or set foot on the familiar to find something new

While living in Quito, Ecuador, I frequented trails in an expansive space named Parque Metropolitano. Weekends find me ready for some new spaces, but during the week I am prone to routine, so several times a week I would take the same five mile trail through the eucalyptus trees that led to a lookout over many of Ecuador’s volcanoes. The familiarity of the trail allowed me to focus on simply destressing after days of meeting a tough crowd in my high school classroom.

My friend Michelle would often meet me for the hike. Left to my own devices, I can start stomping at breakneck speed. Michelle reminded me that one does not have to go on fast-paced autopilot mode when she would frequently stop us because she had found a trail of ants doing the two-by-two tango, or stopped to breathe in slowly the fresh air on a small wooden bridge. In the familiar, we can delight in the small novelties we find. And I love this challenge: set out on the path that you know, but do so with the intent of being present enough to note new details.

Whether you are heading out on a hike to check out new horizons, or to find a certain solace by stepping out onto the oft-trodden, the space away from the constant buzz of civilization can offer rejuvenation. The British historian and academic G.N. Trevelyn states it rather simply: I have two doctors. My left leg and my right.