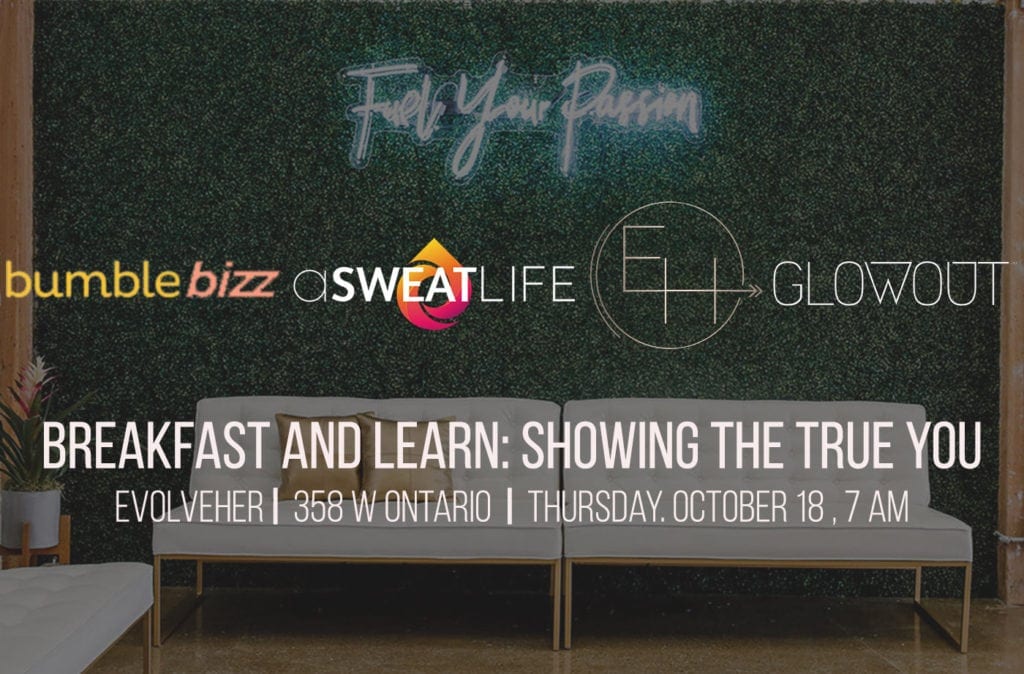 (Get tickets to the October breakfast-and-learn here)

The word “networking” doesn’t always have the best connotations. When you picture the quintessential networking scene, after all, you’re likely imagining a series of conversations about what you do and a lot of awkward standing in between those conversations. Usually networking amounts to going to a cocktail party where you don’t know anyone.

It never feels quite appropriate to talk about anything other than work, where you went to school and quarterly earnings.

But we’re here to put our stake in the ground and say that networking doesn’t have to be soul-crushing. You just need a couple of tools to give yourself the permission to switch up the norm, making the conversation what you want it to be.

That’s what October’s breakfast-and-learn will focus on: being authentically you while networking.

Every third Thursday, we join forces with evolveHer for a breakfast-and-learn that starts the morning with meaningful conversation, coffee, and fuel to leap into the day on a high note. And Thursday, October 18 will be no different. We’ll focus on amping up a crucial element to your networking experience: self-confidence on the inside and out.

What’s going to happen at this breakfast-and-learn?

We’ll break down how we view networking. Networking is a major component of everything we do at aSweatLife, but we’ll teach you how we flip it on its head to be more about making friends, not just LinkedIn connections.

You’ll hear from CEO/founder of aSweatLife Jeana Anderson Cohen who will talk about changing the way you network to make it more enjoyable and rewarding.

You’ll hear from Jenn Dieas, founder and CEO of Glowout Salons, and learn her tips to owning your look and strutting your stuff, no matter what you’re wearing.

You’ll meet other attendees in a get-to-know-you game with Bumble Bizz, and the Bumble Bizz team will also be on site to facilitate new headshot if you’d like to update yours!

Give me all the October 18 breakfast-and-learn details!

What is this thing? A breakfast-and-learn all about tapping into your truest self and amplifying your inner confidence to take any networking opportunity by storm.

When will this be? 7 am on Thursday, October 18

What do I need to bring? A pen and paper if you’d like to take notes!

Where do I grab a ticket? Right here!