“But have you ever seen an açaí berry?” trainer to the stars Harley Pasternak boomed from the stage at Propel Co:Labs industry day in Chicago. 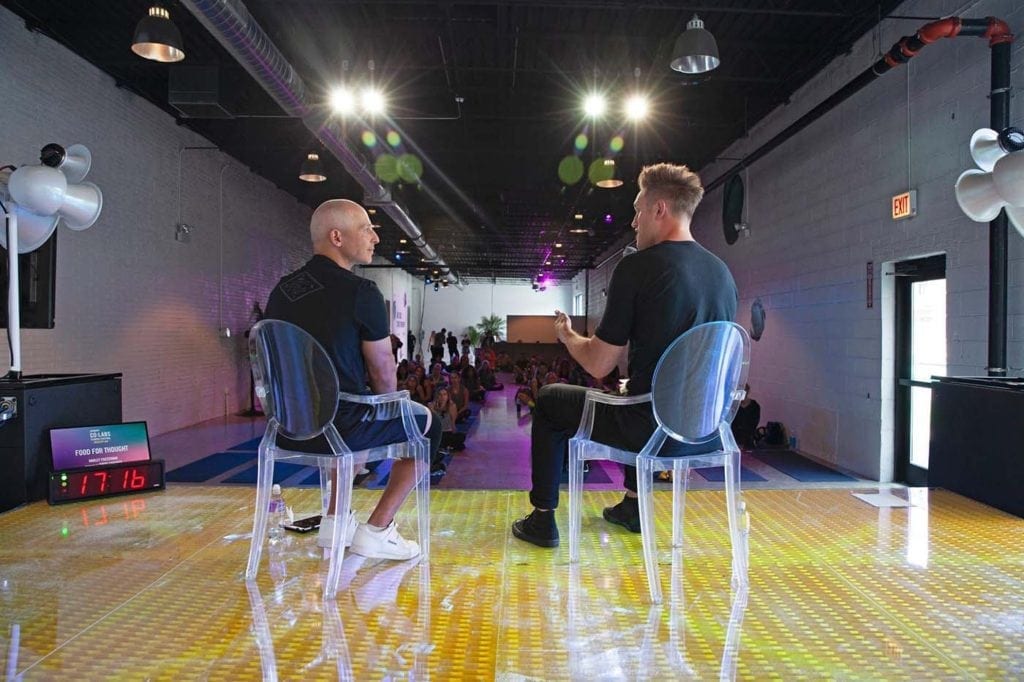 Pasternak has credentials – a lot of them. Celebrity trainer and nutritionist are just the start. He holds a Master of Science in Exercise Physiology and Nutritional Sciences from the University of Toronto and an Honors Degree in Kinesiology from University of Western Ontario.

As a Canadian child, it was hockey – naturally – that turned his sights towards athletic performance and led him to seek all of the credentials. But it was his own innate thirst for knowledge that would allow him to succeed as an authority figure in wellness.

With a professorial demeanor, Pasternak asked general health questions to a room of Chicago trainers staring up with rapt attention from their yoga mats unrolled on the floor. As a grin formed on Pasternak’s face, his love of science and disdain for fallacy led to a sort of joy-induced high as he knocked healthy living myths out of the air with precision.

Collagen? A poor source of protein, Pasternak declared. Juice? Would salmon be healthier if you smooshed the liquid out of it? Intermittent fasting? Meh. A “cleanse”? Unless you’re using it for a religious ceremony or rite, get out.

Why was he on a stage in the West Loop talking to Chicago-based trainers about açaí, collagen, fasting and juice? Propel Co:Labs brought him to the city via its initiative that’s meant to create a more connected fitness community from coast to coast.

“What Propel’s done with these Co:Labs, I wish this existed 25 years ago when I started out,” Pasternak said. “It’s celebrating the industry. It’s celebrating each other. It’s sharing ideas. ”

The time Pasternak had on stage was his chance to share the knowledge he’d earned, and his commanding presence reverberated through the room.

With an interview scheduled for the next day, I spent 24 hours terrified. Soon, I knew, I would need to justify my choices. Who told me to put collagen and butter in my coffee that morning and not eat until 1 pm? I knew I’d have to atone.

As I sat down with Pasternak for an interview I was certain would be harrowing, he peacefully ate his lunch, telling me not to worry about asking him questions while he chewed.

He has a big personality in a group setting – a true alpha. But one-on-one, his desire to enrich the industry, to learn, and to connect was clear. He talked to me about seeing Chicago from a local’s perspective the night before – stopping at a jazz bar and experiencing Portillo’s. We bonded over our shared love of the foregone NHL team that impacted both of our childhoods – the Minnesota North Stars. We talked about his projects that he didn’t consider successful.

Touching on what Pasternak considered to be “bombs” or “failures” – those were the most enlightening and engaging minutes with the man who gets Yeezy ready for Yeezy season.

“What are your greatest failures?” Pasternak repeated as he looked taken aback. “No one’s asked me.”

With seven books under his belt and the title of New York Times Best Selling Author, Pasternak’s favorite book was his least successful, he said. As he penned The World Diet, Pasternak let his curiosity for what’s eaten across the globe carry him from country to country.

“I traveled to the ten healthiest countries in the world to study the ingredients they use, their cooking techniques, how they eat their food and it wasn’t a diet book. It was just talking about how the rest of the world stays healthy,” he explained wistfully. “People don’t want that.”

He also recalled a talk show that lived for one season, The Revolution on ABC. “That bombed,” he said.

But what these failures (and his willingness to talk about them) exemplify in Pasternak is his desire to seek knowledge always – even in flops.

“I’m always learning,” he said. “But I have the confidence to be able to decipher validity and efficacy from the opposite. And I will never tell people what to do. All I will do is present to them what evidence-based knowledge there is.”

Asking probing questions. Presenting research. Following up with “why.” Something I’d seen him do with glee in that room full of trainers the day before.

Health myth-busting wasn’t always what it is today for Pasternak. I asked him if the joy on his face was ever annoyance.

“First, I was really angry,” he said. “I kind of set out to be a voice of a neutral truth to demystify and value or devalue people’s claims.”

Today he can have engaging conversations with more than 100k followers on Instagram about the health topics of the moment. Like the time he asked pressing questions about coconut oil after a Harvard professor called the stuff “pure poison.” More than 300 comments flooded this post and Amy Schumer’s exasperated response  (“Tell me the f*cking answer, Harley,”) was everyone who has ever been a client to a trainer they love, respect and sort of hate sometimes. (Schumer has, of course, trained with Pasternak.)

It’s easy to say that his thirst for knowledge and his desire to ask “why?” are reasons for his success, but there’s more to it. He puts in the work – he hustles. And there’s a joy behind the hard work.

His books? The ultimate multi-task. He writes while walking and as he sits on airplanes taking him from city to city. His training? Scaled to reach travelers on a global scale as he works as head of fitness for Four Seasons hotels. His appearances? They reach national audiences via segments on shows like Good Morning America.

But even as a celebrity himself, Pasternak takes joy in things like training a room full of fitness professionals. After his talk, Pasternak called for everyone to stand up and take on his signature workout targeting the posterior chain: Get Back. 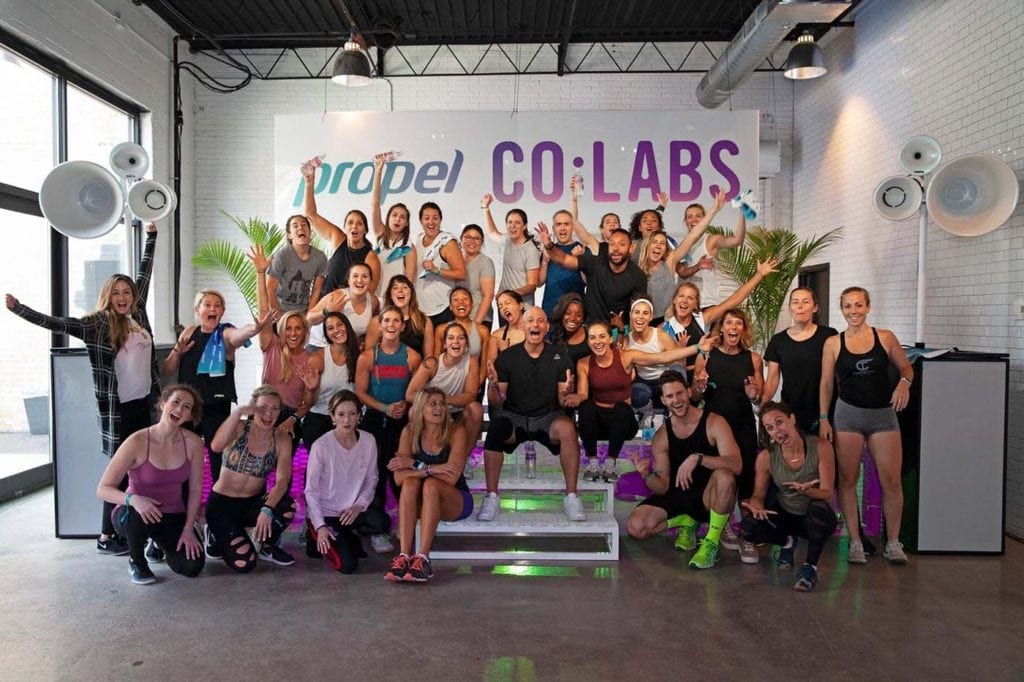 He danced, sang a little, and woo-hoo’ed a few times with abandon. And with a smile on his face, he couldn’t help but share a little science along the way.

Find Harley Pasternak’s books on Amazon (including The World Diet), catch his myth busting on Instagram, and don’t miss him on Revenge Body on E!.