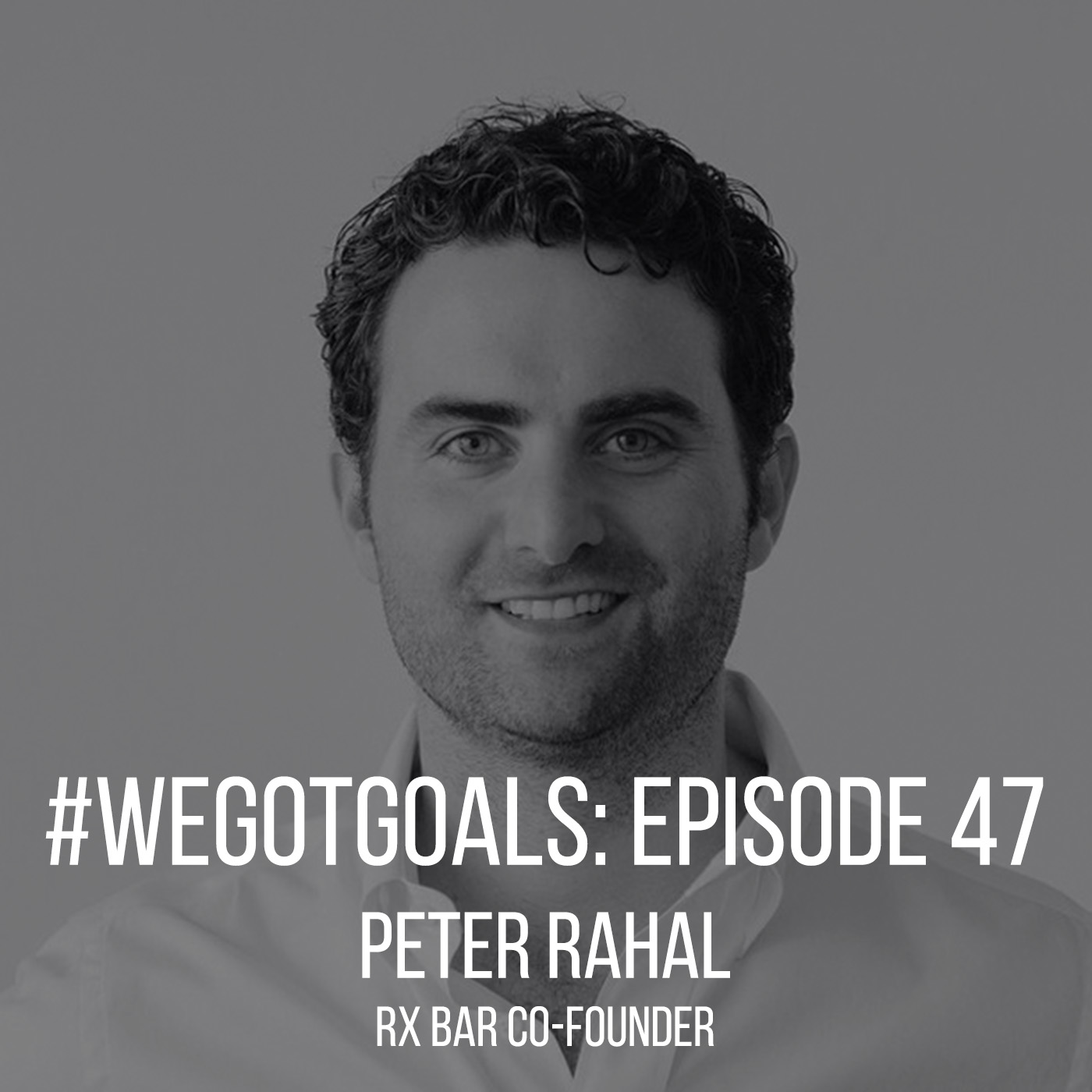 Peter Rahal, co-founder and CEO of RXBAR, didn’t set out to build a multi-million-dollar company.

But he had goals, both large and small. Practically speaking, he wanted a clean, healthy protein bar to fuel his workouts. On a bigger scale, he sought freedom and fulfillment.

“Prior to working at RXBAR, I’d always had a normal job. I felt really handcuffed and I wasn’t in a position to be successful,” Rahal told me on this week’s episode of #WeGotGoals. “And so a goal for me early on was always to really flourish and have freedom and achieve success for myself.”

Those dual quests took him and co-founder Jared Smith farther than they could have imagined. In 2012, they began pressing dates, almonds, and egg whites into bars in Rahal’s parents’ basement.

From the beginning, they established high standards and lofty values. The product had to be excellent. The process, collaborative. And even as they glimpsed glimmers of progress, they stayed humble, knowing they didn’t have all the answers.

Those years weren’t easy. In fact, the pair suffered. “It was miserable,” he says, “pressing bars with your thumbs in your parents’ basement when you’re 26 and while your friends are doing great things and having dinner in the city.”

But Rahal likens the experience to a grueling fitness routine. “The hardest workouts are where you stimulate the most growth from,” he says. “And work is the same thing. The most discomfort you have, the harder it is, the more you grow.”

And grow they did. Rahal remembers telling Smith early on that if they did things right, this could be a $10 million business. Last year, Kellogg bought RXBAR—which now sells 120 million bars per year—for $600 million.

Rahal and Smith stayed on to lead what is now a standalone unit in the larger company, a critical component of the deal, he says. “We were looking for the right muscle, and to protect our people and our culture. So those are kind of two objectives or goals that we were looking for in a partner. Kellogg fit that perfectly and now we have resources to continue to achieve our business objectives.”

Armed with Kellogg’s expertise in areas like international distribution, contract negotiation, and performance management, RXBAR will continue its ambitious quest to transform the way food is made and delivered.

That starts with shifting the corporate approach, Rahal says. Even big companies can innovate and relentlessly drive to improve. Employees who are valued and respected can truly achieve their potential. Systems codify these values, ensuring businesses continue to serve the right people in the right way.

For those of us not in the food industry, who just buy bars at the store or the gym—we’ll see the results on the shelves: “More access to food that’s better for you, that’s delicious, that saves you time and that you can trust,” he says. And of course, as the RXBAR package famously proclaims, “No B.S.”

And is Rahal now free? Well, yes and no, he says—in fact, he’s not quite sure of the answer. What he does know is that he’s found a deeper satisfaction and a whole new set of priorities, ones he feels he can pursue to truly leave a legacy.

Listen to this week’s episode to hear more about what freedom means to Rahal, the reason his partnership with Smith works, and a little bit—but not TOO much—about what it takes to get hired as part of the RXBAR team.

If you like what you hear, subscribe where ever you get your podcasts and leave us a rating or a review on Apple Podcasts.