At 6:27 am on a recent Friday morning, I cautiously walked into a room that could only be described as most people’s nightmare: a room of only treadmills. Twenty-five of them, to be exact.

This is Runner’s High, and it’s here to take back the “dreadmill.” 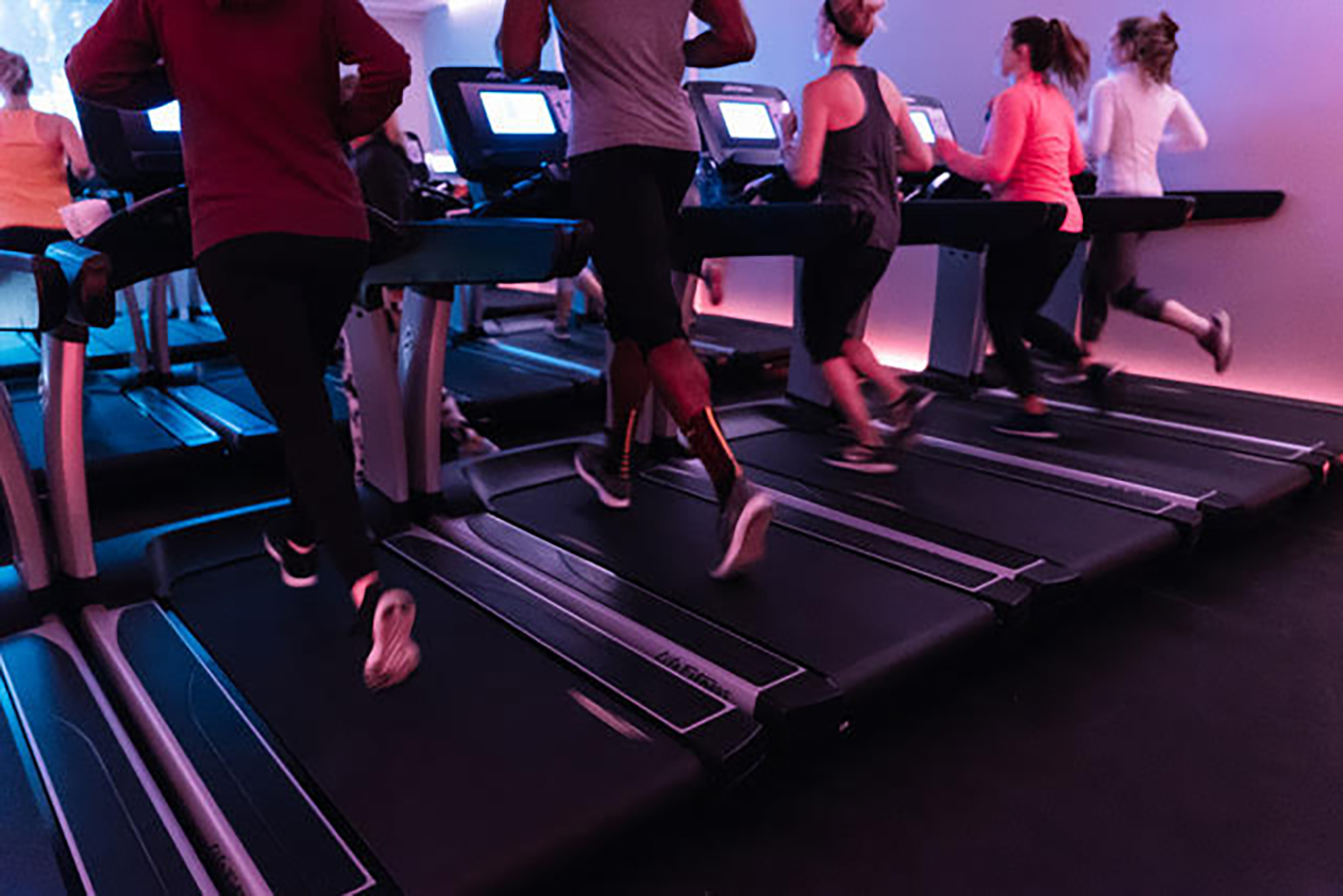 Stifling a yawn, I hop up on my assigned treadmill, gradually going through my beyond-stale warm-up of walking at 3 mph for a few minutes before jogging at 5 mph. Before I’ve had a chance to fully hit that jog, however, I’m interrupted by the arrival of our instructor for this class: Andre, an energetic man with a smile nearly as big as his biceps. Andre informs me and my fellow early birds that today’s class, the 45-minute Weekend Getaway, will be a combination of sprint intervals broken up by one long ten-minute stretch up and down a hill.

Before I know it, my weak-ass warm-up routine has been taken off my treadmill screen and replaced with a five-minute gradual increase in pace, with a little bit of an incline thrown in for extra glute activation. A giant projection screen at the front of the room bursts into color, instantly transporting me to a grassy park that I’m almost positive is located in San Francisco; an EDM-heavy soundtrack that would not be out of place at Paris Club thumps encouragingly. 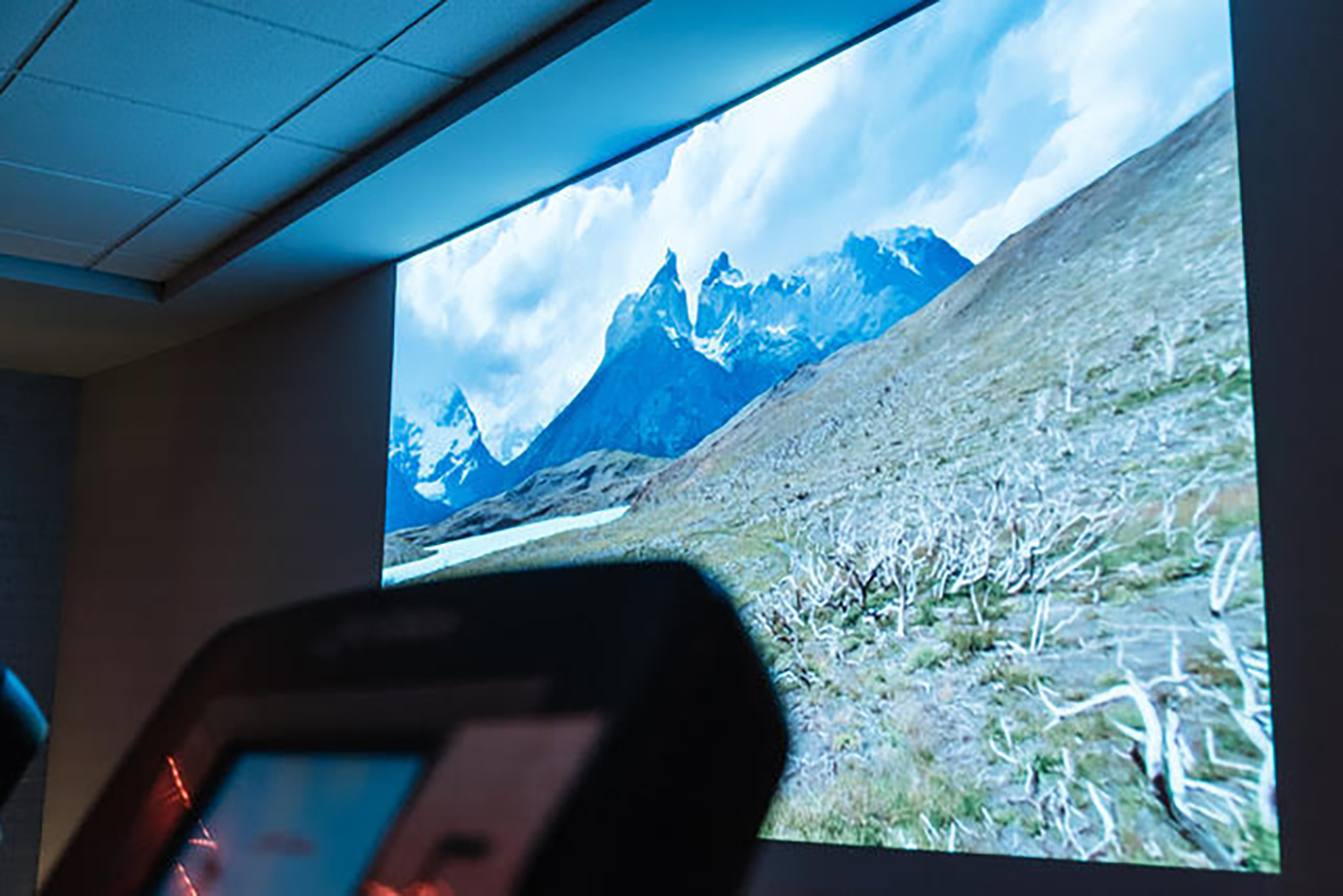 Throughout the workout, I barely touch my treadmill screen, relying on the studio’s proprietary technology to correctly gauge my recovery and push paces and adjust my treadmill’s speed for me automatically. The only time my finger hovers near the screen is when Andre’s motivational cues drive me to increase my pace by just a little bit for the last thirty seconds of each sprint.

Forty-five minutes later, I’ve run up a volcano in Hawaii and hit 11.0 in a sprint for the first time ever. Dripping sweat and wobbly-legged, I gratefully drop into a cafe chair in a lounge area outside the studio to talk with Jeff Levy, CEO and founder of Runner’s High. 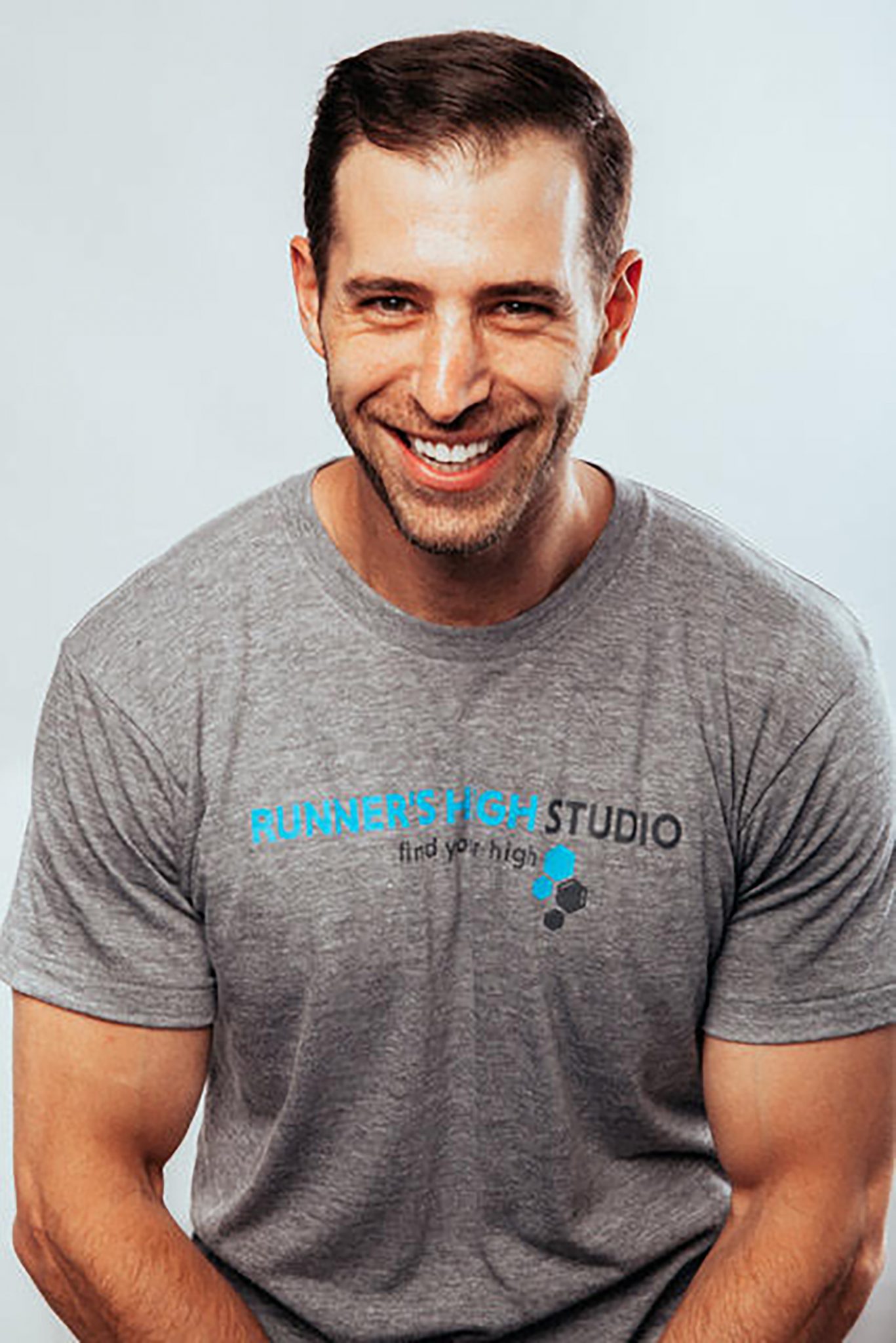 A Chicagoland native, Jeff fell in love with running about ten years ago, when he realized the miles that were doled out as punishment in baseball practice was actually something he enjoyed and found therapeutic.

In the process of building Runner’s High, he stumbled upon a solution to a problem that many runners face: wanting to run with friends who are at different paces.

“The biggest problem [with running] is that you can’t do it outside with friends; you’ve got to do same pace [for it to be a group activity]. We wanted to have an environment where everyone could come in and do the same workout at their own difficulty level. Whether you’re a beginner or advanced, you can come and take class with the same workout because of our baseline speed technology.”

That baseline speed technology Jeff speaks of is the wizard behind the curtain that guided my Weekend Getaway workout. When signing up for class, runners enter their comfortable mile pace, which then calculates the different paces you’ll work at throughout the workout.

“We’re the first ones anywhere with this technology. We leverage the technology and data to allow people to come in here and track their progress. In the next few weeks, we’ll start releasing data so you can see where you ran and how you progressed. We want everyone to get a baseline – a suggested speed. With that baseline speed, you can come to class and not slow down.”

The hands-off approach to programming classes made a huge difference to my experience. Instead of frantically pressing buttons to increase or decrease my speed and incline (all while gripping the safety bar with one hand so I didn’t go flying off), I was able to relax and mentally prepare myself to adjust my speed or stride.

As an added bonus, the combination of not having to look down at the screen and having a scenic computer-generated video to focus on helped my running posture. No longer was I hunched over, compulsively counting down the seconds until the interval was over; instead, I ran relaxed and upright, focusing on what was straight in front of me and not creeping up towards the console.

With five different class formats and treadmills specifically designed to have a softer belt and a lower impact on your joints, Jeff impresses on me that Runner’s High is for anyone – not just hard-core runners. Case in point: Jeff recently completed a class alongside his mother. Mom completed just under two miles walking, while Jeff ran about a 10K – and yet, using their unique baseline speeds, they completed the exact same workout.

In a city that’s known for its 18-mile lakefront as well as its thriving group fitness scene, Jeff believes that Runner’s High has something for everyone.

“Runner’s High brings everyone together to compete in an individual sport in the same room. Running is an independent sport that we want people to be able to enjoy together, but still be able to compete against themselves on their own individual treadmill.”

And for those of you groaning right now and muttering the word “dreadmill” under your breath? Not only does Jeff hear you, but he challenges you to try the class for yourself and see if your opinion doesn’t change.

Runner’s High is located in Chicago’s Gold Coast at 1223 North LaSalle. Your first class is free.