ClassPass and the Changing Views of Fitness

(If this post or anything else we’ve created impacted your life, please support our kickstarter by April 9) 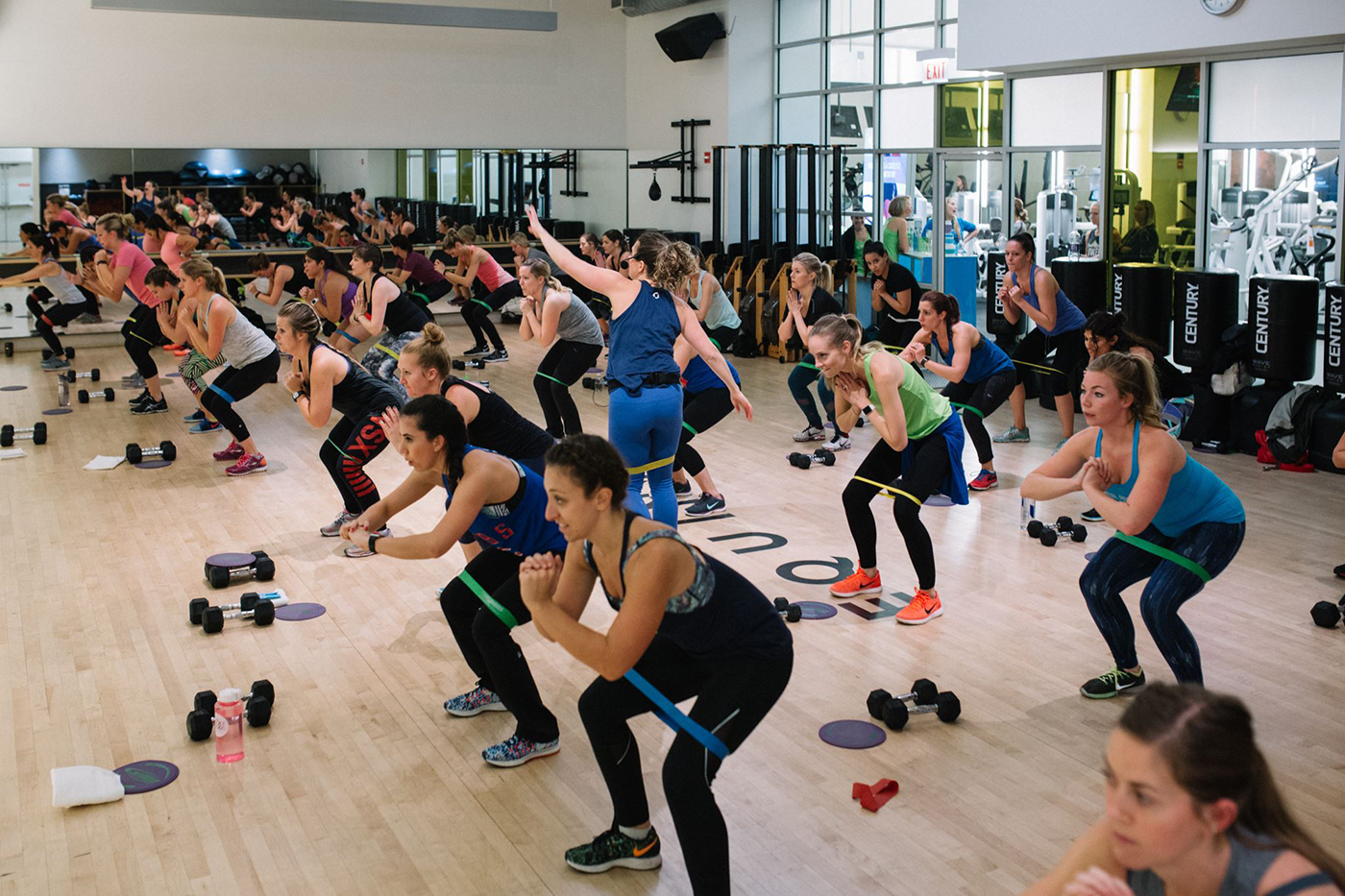 My observations about ClassPass as a user, a trainer and a close-study of the business of fitness are endless. As I started to think about my membership fee and what it gets me, I realized that the expectations I have of classes and the expectations that others have of me as a trainer changed dramatically over the past couple of years.

In the five years since I started aSweatLife, Chicago’s boutique fitness scene exploded. It seems a new studio, concept or pop-up materializes each week, introducing us to a new culture’s dance, a new way to flow, an innovative use of data or a way to not use data – mindfully.

But the students are becoming the teachers, it seems. In classes students have high expectations because they’ve been exposed to more. They know what they like and don’t like. And they know what it feels like to have a joyless workout – probably whatever they were doing before they found variety – and they will fight to keep the joy in their sweat. Feedback from people who became petri dishes of fitness knowledge is more refined, frankly, because they know more than they used to.

Are fitness consumers settling down and joining a community the way they used to? They’re still getting memberships – industry reports show that memberships are strong, at 55 million members of 36,180 health clubs in 2015, according to a IHRSE report. But they may be approaching their memberships differently.

And ClassPass’s relationship with its members isn’t without its problems, members think back fondly to the time when memberships were unlimited, which ended November 2016. Many have adjusted to a new normal of 10 classes a month or five classes a month, which many augment with another membership or gym.

To corroborate some of my own observations, I started asking ClassPass members from across the country about their own feelings about fitness and how they’ve changed since becoming members.

We talked to five women from cities across the country – Los Angeles, Minneapolis, Chicago and Nashville – all making ClassPass a part of their routine a little differently. In these conversations, we found some common themes.

Carolyn Baumgarten, PR professional in Chicago and ClassPass member for more than two years was tired of her routine in her office building’s gym.
“It was becoming a chore to drag myself there – and my workouts were suffering because it was easy to slack off when I was working out by myself,” she said. “That’s how I knew I needed to mix it up.”

Sarah DeJong joined ClassPass two years ago in Nashville before moving to Chicago because she was overwhelmed by her gym’s equipment. “I never knew what to do in the gym, and I wasn’t motivated,” she recalled.

When Marcella Yaniz joined ClassPass in July of 2016, she wanted more options to feed her yoga practice.

“I had a membership at Wanderlust Hollywood, and before that, Modo Yoga LA. Though I absolutely loved Modo, and it was in a convenient location and fairly priced, I needed to try something new and add variation to my workout routine,” she said.

Melissa Klauda has been a ClassPass member for more than two years and was searching for variety before that. She used other multi-gym memberships from companies that are now defunct and the free classes at NTC’s original studio in Chicago, but hadn’t quite scratched the itch.

“A typical week in fitness for me is six days of activity, and one rest day thrown in there however it makes sense with my schedule,” Melissa said, noting that she takes classes three to four times a week and runs two days. “Now that there is no unlimited option with ClassPass I have to be more strategic with the way I book my classes and to make sure I never lose any.”

They’re more confident in being new.

“I used to be very intimidated by group fitness, there’s no doubt about it. I thought everyone knew each other and that you had to be in exquisite shape in order to go to classes,” Sarah said.

ClassPass Member Jessica Dreischmeier uses her membership in Minneapolis to find variety in her routine at the gym, but it wasn’t easy at first.

“I’ve always loved yoga and have found it is so much more beneficial for me to go out and into a class, but was intimidated by going alone and not being able to do everything other people in the class might,” Jessica said. “It was so helpful to go with a friend and try different classes and places to find what felt best for me – in that process I gained some confidence and learned to not be so worried about keeping up with the experts. Now I’m always open for trying different types of classes; barre, yoga cycle and Zumba.”

And, for the most part, the reasons why members weren’t trying classes were all in their heads.

“No one cared if I was embarrassingly uncoordinated in the way-dancier-than-bargained-for Piloxing class I took, no one cared if I accidentally jabbed left instead of right in boxing, no one needed to know I was 10 RPMs below the rest of the class in spin – I just did my best, and within a few classes, I could feel myself getting the hang of things,” Carolyn said.

Graduate student and full-time mom, Jessica relishes her nights out for yoga with friends.

“It really does seem to work best for me if I am able to use my one night out during the week to kill multiple birds with one stone, so to say,” she said. “I prefer to go to a class that works my mental health as much as physical fitness, and if I can go with a friend and grab a glass of wine after, the rest of my week is just easier.”

Melissa used to see the others in her classes as intimidation, making her nervous to walk in the door and sweat next to others, but through NTC and then through ClassPass, her attitude changed.

“It’s an opportunity to meet like-minded people and have trainers push you as a group,” she said. “For me it’s my workout just alongside others who you can use as motivation to keep going. It stops becoming ‘I don’t want others to watch me work out’ and turns into ‘if that person can do it so can I.’”

They know a good instructor and class when they see them.

“I’ve definitely identified my favorites. And, from also trying a handful of classes I didn’t like, I’ve gotten to experience some classes other people may love, but that aren’t for me,” she said. “My friends and coworkers are always asking for reviews and recommendations, so I love to share my favorites.”

Melissa finds instructors she loves and sticks with them, wherever they go.

I’ve learned what I like and what I don’t. I’ve followed various trainers from gym to gym because I know they will give a killer class no matter where they teach,” she said mentioning Kate Lemere and Dustin Hogue, specifically. “I’ve also learned the importance of diversity in your fitness routine, which keeps me from burning out.”

Sarah, now on the journey to become a personal trainer herself, is always a student in classes.

“I pay close attention to the flow of the class, what moves people like and don’t like and the overall atmosphere of the class. It helps me realize what kinds of workouts I do and don’t like, and also what kind of trainer I want to become,” she said.

They want to be corrected.

Carolyn is a stickler for rowing form, but didn’t always get it right.

“I have been to a LOT of rowing classes, and it took me a while to learn proper technique,” she said. “I really appreciate when instructors are form sticklers (reminders and quick demos are always helpful!).”

They watch out for their classmate’s form too.

“It’s demotivating and when I see people who need help or to have their form corrected and no one is there to do that,” Melissa said.

Sarah cringes when she sees a lack of correction too, like “trainers that don’t come around to correct form” or answer questions. She said, “If you’re just yelling at the room and not making sure everyone has correct form, no one wins.”

From what we can see, the students of fitness are becoming smarter, inside and outside of ClassPass creating a culture that demands smart training. Whether ClassPass was the cause or just the lighter fluid on the studio-fitness fire that was already burning, the entire industry has been elevated in this time.

If this post or anything else we’ve created impacted your life, please support our Kickstarter.