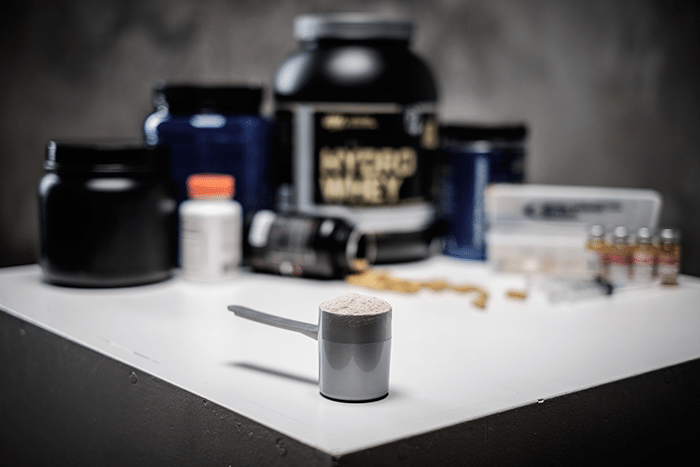 Pre-workout is something I’ve always been curious about. What exactly is it? What’s in it? Am I at a disadvantage because I haven’t been training with it? Obviously, you want to get the most out of your workout, and pre-workout promises to help you do just that. But is it that simple?

Let’s start with the basics. Pre-workout is a supplement taken (either as a drink or a pill) before a workout. It claims to allow the user to train harder, longer and more efficiently. It’s meant to increase your intensity allowing your inner beast to take over and crush your PR’s.

Energy typically comes in the form of caffeine. Caffeine has been shown to boost performance in endurance and high intensity exercise. It can also help with mental focus allowing you to train harder, longer.

Performance generally shows up as a creatine monohydrate. This helps with explosive strength (hello heavy-ass back squats). Beta-alanine is another performance enhancer that can help increase muscle endurance and decrease fatigue. This one has been known to cause that tingling sensation.

The pump refers to moving blood efficiently throughout your body. L-arginie is the amino acid typically found in pre-workout that dilates blood vessels, improving blood flow; you know, supplying muscles with oxygen and removing lactic acid and carbon dioxide.

This may come as a shock (insert sarcasm here), but the research on whether or not pre-workout is effective is very vague. According to Jordan Moon, an exercise physiologist, pre-workout supplements may change the way you feel (you know, increased heart rate, increased blood flow causing that tingle sensation) but the physical effects won’t make you stronger or faster. Moon said that pre-workout supplements may modestly enhance performance in extreme athletes if they are pushing themselves to the limit (meaning the everyday athlete will see no results). A similar theory belongs to Jason Machowsky, Board Certified Sports Dietitian and Performance Specialist at the Hospital for Special Surgery in New York City. He says “The thing I tell people is that supplement use is the last two to three percent of performance” – meaning once you’ve hit your plateau, supplements may help you gain a little more. Like I said, all super vague.

So I decided to try it out myself. On a random Monday, before my training session, I mixed the powdery supplement with water about a half hour before leaving for the gym. As I walked in, I noticed my heart rate start to pick up, but not in the normal ‘I’m anxious because I’m about to get my ass kicked’ kind of way. My initial thought was, ok cool, this stuff is actually starting to work. Flash forward 45 minutes later, and although I was exhausted (per usual) I didn’t notice any extra energy or pump. Ok, maybe I didn’t notice extra #gainz because I was pushing just as hard. So I asked my trainer. I didn’t tell him which day I took the pre-workout, just gave him two day options and asked if he noticed a difference – he responded with a big fat “no.” Awesome.

In all fairness, I have heard several instances where people swear by pre-workout and can’t imagine picking up a weight without it. It might be mental, it might be physical, but if it gives you the extra push, then why not? Just keep in mind that focusing on health factors such as sleep, nutrition and regular exercise are more likely to help you in the long run.

Have you tried pre-workout? What were your results?

1 thought on “Breaking Down Pre-Workout”