How Dark Chocolate Can Improve Your Workout 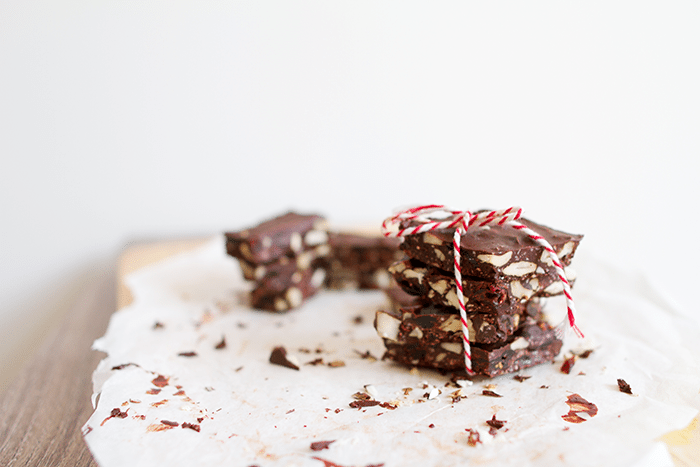 Naturally, my zeal for chocolate can result in a few problems. Chocolate isn’t the healthiest option for a favorite food, and like most of the human race, when I eat too much, I feel sick. Still, when I was a kid, my whole world changed when my mother informed me that chocolate can actually be good for you (hallelujah!). But then she revealed the cold, hard truth: It’s only dark chocolate that’s relatively healthy for you, and it’s only good in small amounts.

What does dark chocolate have that makes it “nutritious”? According to The New York Times‘ Well blog, dark chocolate has high levels of epicatechin, which causes the human body’s cells to release more nitric oxide. Nitric oxide “slightly increases vasodilation, … improving blood flow and cardiac function.” On top of that, it “gooses muscle cells to take in more blood sugar, providing them with more energy” and “enhances the passage of oxygen into cells.”

Athletes can glean a key takeaway from all this fancy language: Chocolate might actually help you when you work out.

To prove it, a group of researchers from Kingston University in England studied how chocolate affected a group of recreational cyclists and published their results in The Journal of the International Society of Sports Medicine.

What happened? All of the cyclists “performed better in most of the physical tests after two weeks of supplementing with dark chocolate, compared to baseline results and after they had eaten white chocolate,” according to the Well blog. The dark chocolate consumers “utilized less oxygen to ride at a moderate pace” and “covered more distance during a two-minute, all-out time trial.” Although they didn’t measure the cyclists’ nitric oxide levels, the researchers also think eating chocolate increased its production.

Dark chocolate isn’t the healthiest food on the market. And levels of epicatechin differ depending on the brand of chocolate. Still, for all you chocolate lovers like me out there, perhaps a nibble or two of dark chocolate might improve your workout and performance.