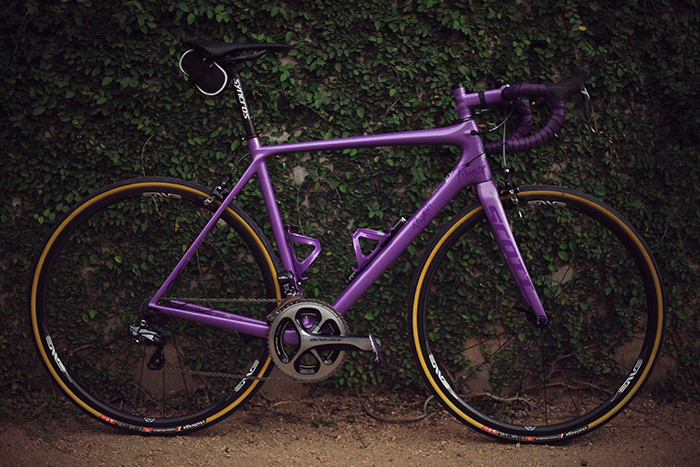 (Disclaimer: our friends at Kryptonite shared their extensive knowledge on bike locks with us for this post and sponsored the associated giveaway. As always, all opinions are our own, unless otherwise stated.)

When my husband and I bought our bikes, it was a big ordeal. We spent weeks testing different brands, debating style, and visiting every bike shop in Chicago. When we finally settled on which bike we’d buy (his and hers Trek 7.3 FX), I quickly realized we had another decision to make right away, with nearly as many options, and for which I hadn’t done any research: which lock do I buy?

We knew we needed locks if we were going to leave it anywhere in Chicago (I even lock it up in my own basement, which you need to pass through four locked doors to access), but what level of security did I need? Do I want a U-lock or a chain? I had no idea. Fortunately, our friends at Kryptonite Locks, the leader in bike security, offered to help me break it down.

Unfortunately, security ratings vary between different companies. Fortunately the general schema of ranking locks from basic deterrent to ultimately secure is pretty standard across brands. Kryptonite offers a security rating ranging from one to ten for all of the devices they sell. Which means, no matter what type of lock you buy, whether it’s a U-lock or a chain, if it has the same security rating, it generally has the same security level. Although any lock can be defeated (anyone who tells you differently is lying), a higher security level means the longer it will take for a thief to break or cut the lock and steal your bike. The level of security you need is dependent on where you live and how long you’ll be leaving your bike, as shown in the chart below: 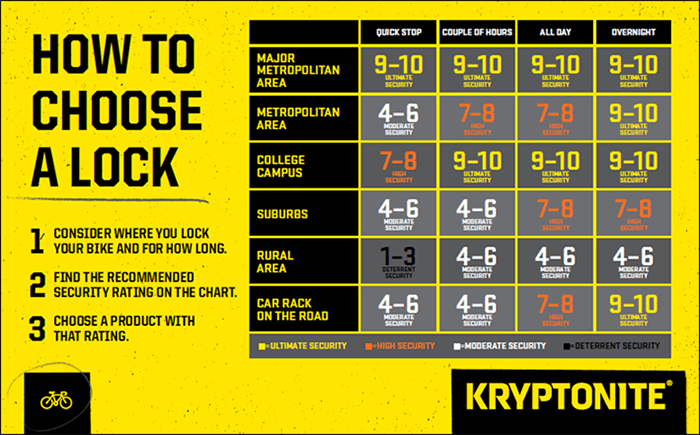 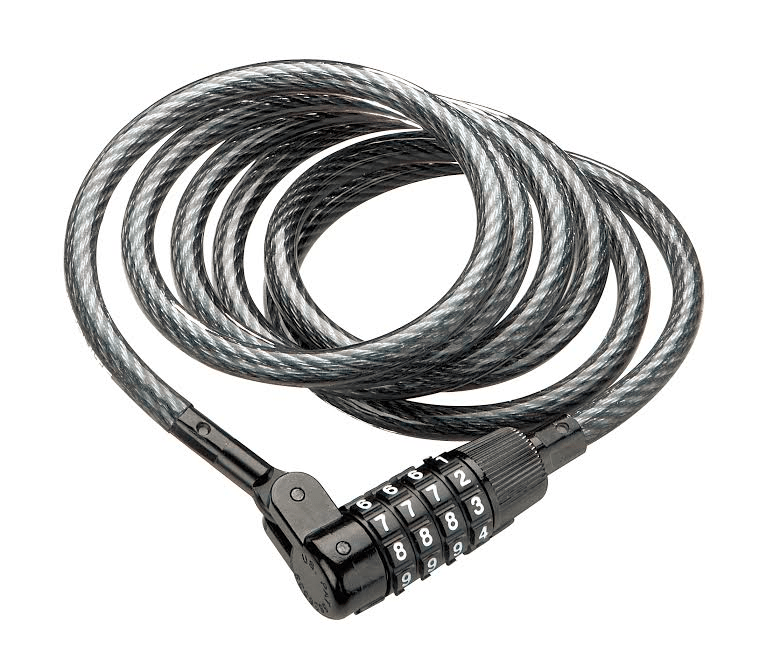 Devices with a lower security rating, from a one to a three, should be thought of as deterrents. These types of devices can be clipped pretty easily with bolt cutters. While this might be sufficient somewhere that isn’t densely populated (like on farmland in southern Illinois, where bike theft is rare), if you’re leaving your bike anywhere that a semi-motivated thief might see it, there’s no way this will be enough security. 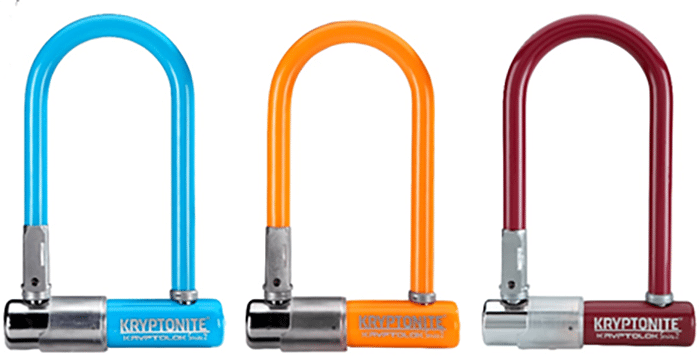 A lock with a rating of four to six can be thought of as an “entry-level” lock. For suburban areas like Naperville, which don’t see as much theft as Chicago, locks with this rating will probably be safe for you to lock your bike up for short periods of time. However, in cities, this type of lock could make you a target for theft, especially if the other bikes around you have higher security locks.

If you live in a city, you should at minimum consider a lock with a rating of seven to eight, which Kryptonite calls “high security”. This type of lock gives security recommended for smaller cities like Milwaukee and Cincinnati. Many bikers in Chicago use this type of lock for short time (like running into Starbucks) but given the high theft rates, it’s not recommended by Kryptonite for use in Chicago at all. I used this type of lock while leaving my bike outside for about an hour while I’m at the gym, locked to a bike rack, in a lit area, with a lot of people around, but I know that by doing so I’m definitely taking on risk (and usually I check the windows paranoid every time we get a rest). 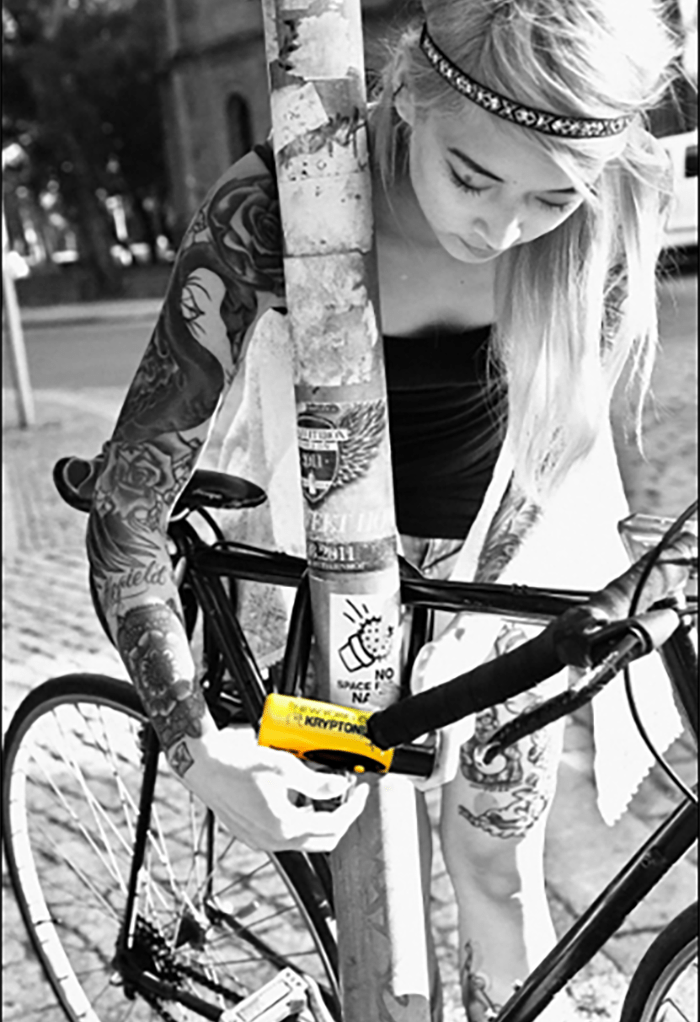 If you’re going to leave your bike out for more than a few minutes, or you live in a big city (Chicago, Boston, NYC, LA, Philadelphia), you should look for a lock with a rating of nine to 10, deemed “Ultimate Security.” These are the most difficult locks on the market to break into and, in cities with high bike theft, are your best bet even for short periods of time. While a determined criminal with enough time will eventually be able to break this type of lock, if there are bikes locked up nearby with less secure locks, they’re likely to not bother with the intense effort it would take and the noisy scene they’d make trying to break an Ultimate Security lock.

You can always check the security level of your lock in the top right corner of Kryptonite’s packaging or on their website. They’ve also branded their locks so that security categories match a color. For example, high security (rating of seven to eight) is branded orange and ultimate security (nine to ten) is yellow. Not only does this make it easy for you to know how secure your lock is, thieves quickly recognize which lock has the highest security rating and will usually choose to go after the lower security lock first when stealing a bike off of a rack.

Since locks with the same security rating are equally difficult to steal, it’s important to choose a style you’re comfortable with. In high- and ultimate-security rated locks, the most common types you’ll see are U-Locks and Chains.

U-Locks have a U-shaped piece which fits through your tire and frame and then around the bike rack, and a crossbar, which attaches to both sides of the U and locks in place. The advantage of this type of lock is that, when used properly, it has a very tight fit between the bike and the rack, leaving little room for a pipe, saw or other tool to maneuver and destroy the lock. This makes it very difficult for thieves to break it, or wiggle out your bike in any other way. They also are easy to store attached to your bike (they usually come with a mount) so you don’t have to carry a bag to hold it while you’re riding. The disadvantage is that it can be a little bit tricky to fit just right (sometimes it takes me a couple of tries to fit my bike, tire and the rack into my U-lock). For people locking their bike up multiple times in a day, this can be a bit tedious. They do offer various sizes, to help you find the perfect balance between a tight fit and ease of locking up.

Chain locks give you a bit more flexibility to get around all of the components of your bike as well as the rack. At the end of the chain, there is a very small lock that holds the two ends together. They’re a bit easier for people who are constantly locking and unlocking their bike throughout the day, or who aren’t comfortable using a U-lock. The disadvantage is that they are usually a bit heavier and can’t be stored attached to your bike, so they can be annoying to carry around. The Ultimate-Security chain is so heavy duty that it’s not recommended to commute with it, but instead should be used for somewhere you store your bike regularly and can leave your lock there when you’re out riding (like a bike storage room in your office building or a shared basement in an apartment building). 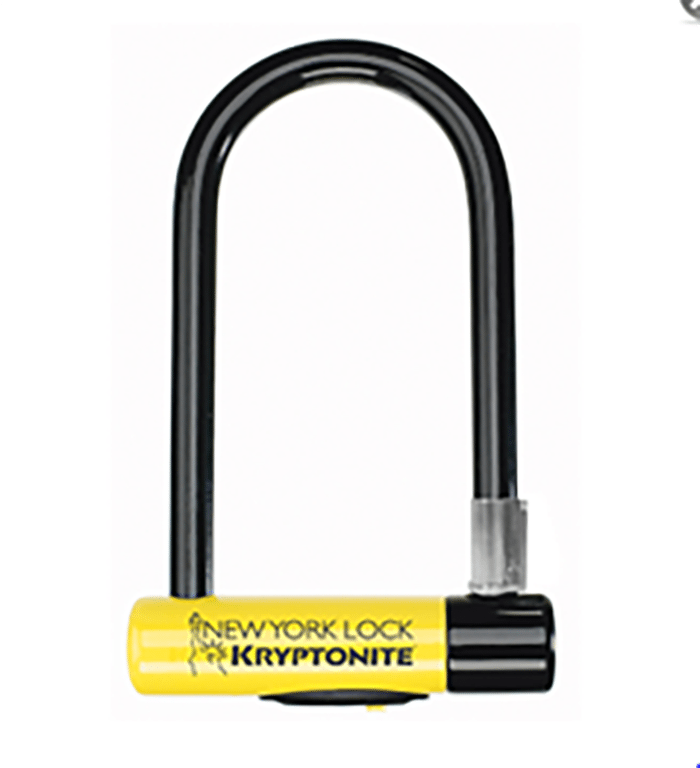 Depending on where you live and how long you lock up your bike, there are locks that will meet your needs. If you live in Chicago and love your bike, and can handle using a U-lock, I recommend an ultimate security U-lock. They come in a range of sizes depending on the size of your tires and frames. You want a tight fit (to prevent thieves from fitting a tool in between) so pick the smallest size that will work for your bike.

Our friends at Kryptonite want to make sure your bike is safe and secure, so they are giving away one of their Ultimate Security U-Locks, the New York Lock, to one lucky reader!

2 thoughts on “Choosing a Bike Lock with Kryptonite Locks”