Why Do We Get “Addicted ” to Certain Workouts? 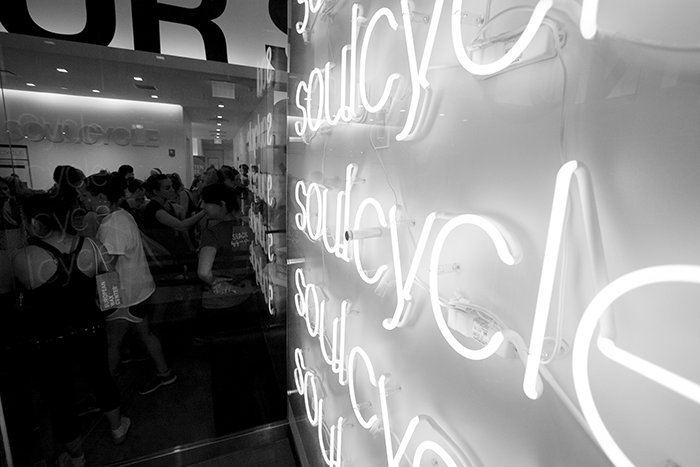 I knew I had a problem when I changed the name of a group text with four of my friends to “Hard Pressed Support Group.” The five of us had been going to Hard Pressed for varying amounts of time and were at different levels of strong, but we had one thing in common: Hard Pressed was all we (ever) wanted to talk about, much to the irritation of our family and friends who didn’t subject themselves to the physical, mental and financial pain. So instead of constantly adding gems like “Yeah, my day was rough too, I saw stars during the rope pull” to conversations with our friends or asking family members why they thought we weren’t clients of the month at Hard Pressed yet, we use a group text for those priceless musings.

Hard Pressed isn’t the only gym in Chicago that inspires such a cult following. Boutique fitness studios across the city have their devotees, from high-intensity interval classes like Shred415 to the “lift, tone, burn” mantra of Pure Barre and its kin. Hell, search “SoulCycle + cult” on the Internet and nearly 80,000 results pop up.

But what is it exactly that makes us so devoted to these gyms and trainers? Why do we tend to go back over and over again, despite proclaiming after nearly every workout “I’m gonna die”?

When you’re talking about addiction, one of the principles that commonly comes up is the “threshold”- the idea that your tolerance for something increases over time, forcing you to take more and more to achieve the same high you got the first time you took it. 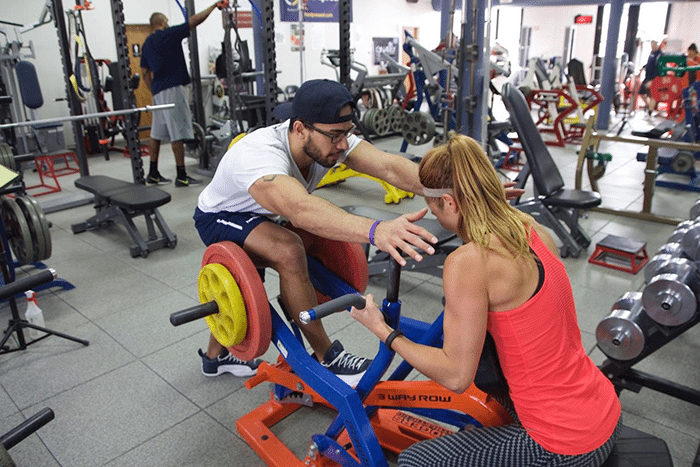 The same concept applies to exercise. Maybe after your first five mile run, you got an incredible endorphin high and were absolutely pleased as punch with yourself. But after awhile, your body gets used to running five miles at a time, and the endorphins aren’t coming like they used to, forcing you to increase your mileage or decrease your pace to get that same runner’s high- leading you to become “addicted” to chasing those endorphins through a more intense version of your favorite workout.

The perks of chasing that next threshold? Hitting new milestones. Whether it’s adding another chin-up to your repertoire or lowering your per-mile pace by a few seconds, doing the same workout regularly for an extended length of time allows you to see results and progress, which is addicting in itself. As great as it is to have variety in your workouts, it’s harder to work towards a goal when you’re bouncing around all over the place. By honing in your efforts on a particular goal in one form of workout, you’ll be able to stay motivated as you make incremental progress towards that goal.

With every type of exercise or fitness class, there’s a social aspect that makes the pain bearable; even solo runners often turn to virtual communities to celebrate great runs or commiserate through the tough times.

Having this backbone of support makes even the worst workouts feel okay. If I have a shit workout at Hard Pressed, I know there’s at least a few other people I can complain to who’ll make me feel better; on the flip side, when I surprised myself and got five chin-ups out of nowhere, these were the same people I rushed to text.

Even just wearing the gym’s gear is enough to forge an instant connection with someone. As my friend Julie said, there’s an instant kinship when you see someone wearing a Hard Pressed shirt; you know they’ve felt the same agony that you have, and that you can relate to that person on a personal (albeit painful) level.

Realizing That You’re Not, In Fact, Going to Die

Fact: Hard Pressed boasts a survival rate of 100%. So does Shred415. So does Pure Barre. So does SoulCycle, and every other killer workout that’s had you thinking you might die, or at the very least pass out. And often, that nanosecond right when you go from knowing you’re about to die to knowing that you’re actually going to make it – that’s the nanosecond that gets you to sign up on the spot for your next workout.

1 thought on “Why Do We Get “Addicted ” to Certain Workouts?”