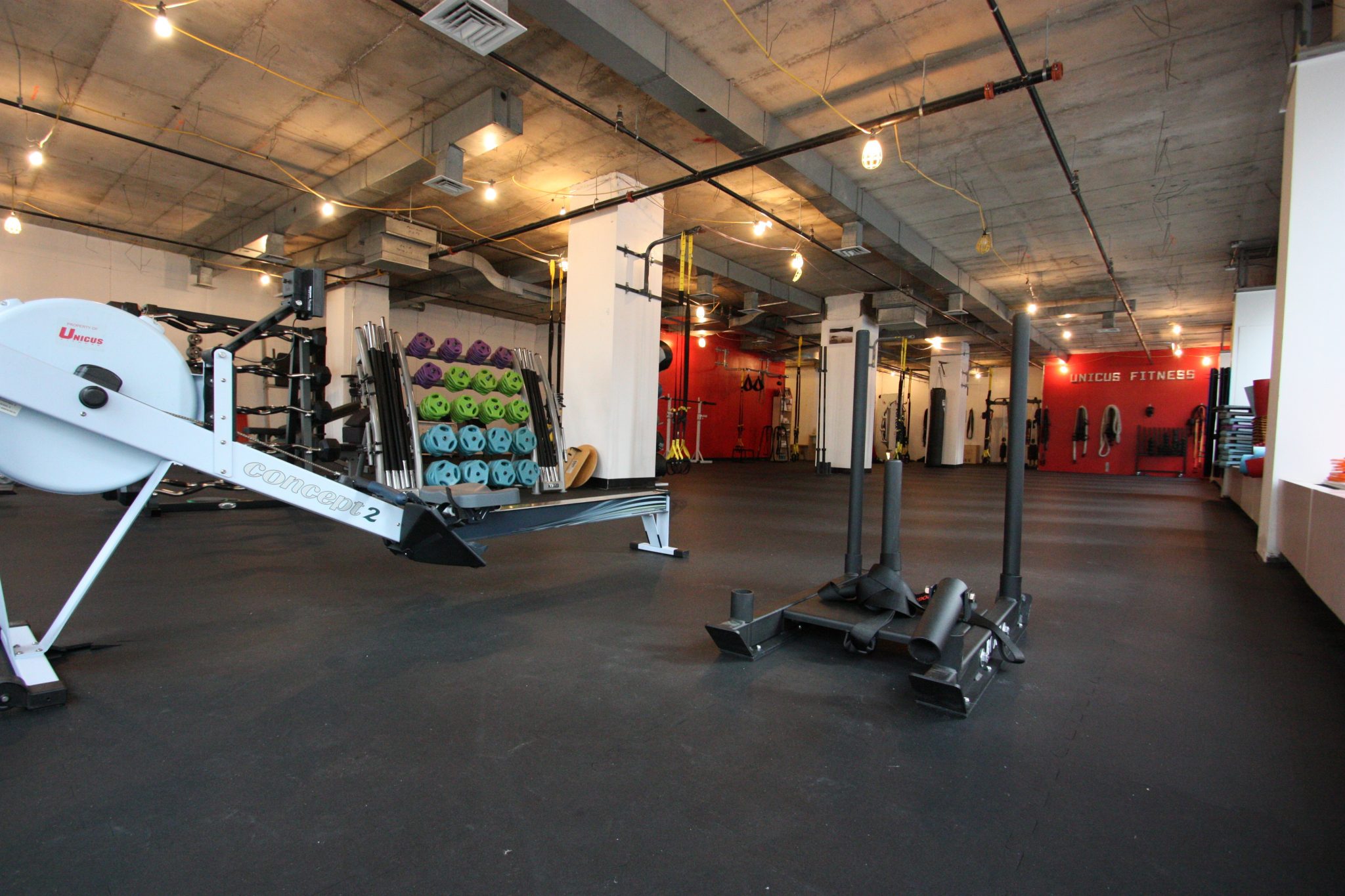 Class Focus: Intense interval training with that both tones and gets the heart rate up

Cost per class: There are two options at this studio

Who should take the class:

This workout is tough and you will burn out your muscles during each interval!

Frank, the co-owner of the Unicus took two of my coworkers and me through the GUTS workout, which is described as “military inspired training using body weight type exercises and various equipment.” Frank used every opportunity throughout the class to explain why we were doing what we were doing. I hate to say I need that, but I was that kid who always asked “why?” so this made me work harder. He explained why the format of this class was, according to all research he had, the most efficient way to tone and burn calories.

We did 40 minutes of work, including a warm-up and cool-down. All of the hard work took place during 4 sets of exercise in which we did three minutes of intense work (I would go so far as to say we exhausted ourselves) followed by two minutes of rest.

During the first set, we held a plank for a minute followed by a minute of squats with a resistance band under our feet with the ends held shoulder-height and finished with the last minute spent squat-jumping on a Jog ‘n Shape. The Jog ‘n Shape acted as a cushion as we landed our jumps. A lot of jumping is usually a no-go for my knees, but this really helped to lower the impact. Frank, who has had two intense knee surgeries could do the moves on the Job ‘n Shape too.

The last set was was an old-fashioned circuit. My co-workers and I each started on a station and rotated through. I started by doing a minute of lunges with heavy weights (15 lbs in each hand). I was offered lighter weights, but I took the opportunity to act like a tough guy, which I regretted around the 45 second mark. I then rotated to the station with long heavy ropes. I don’t know what to call this move except whipping ropes until my arms didn’t want to move any more. The final station was a version of killers in which we ran out and back to two different cones at varied lengths for the final minute.

The verdict: This is a great workout and is a great option for the days when you can barely make time.