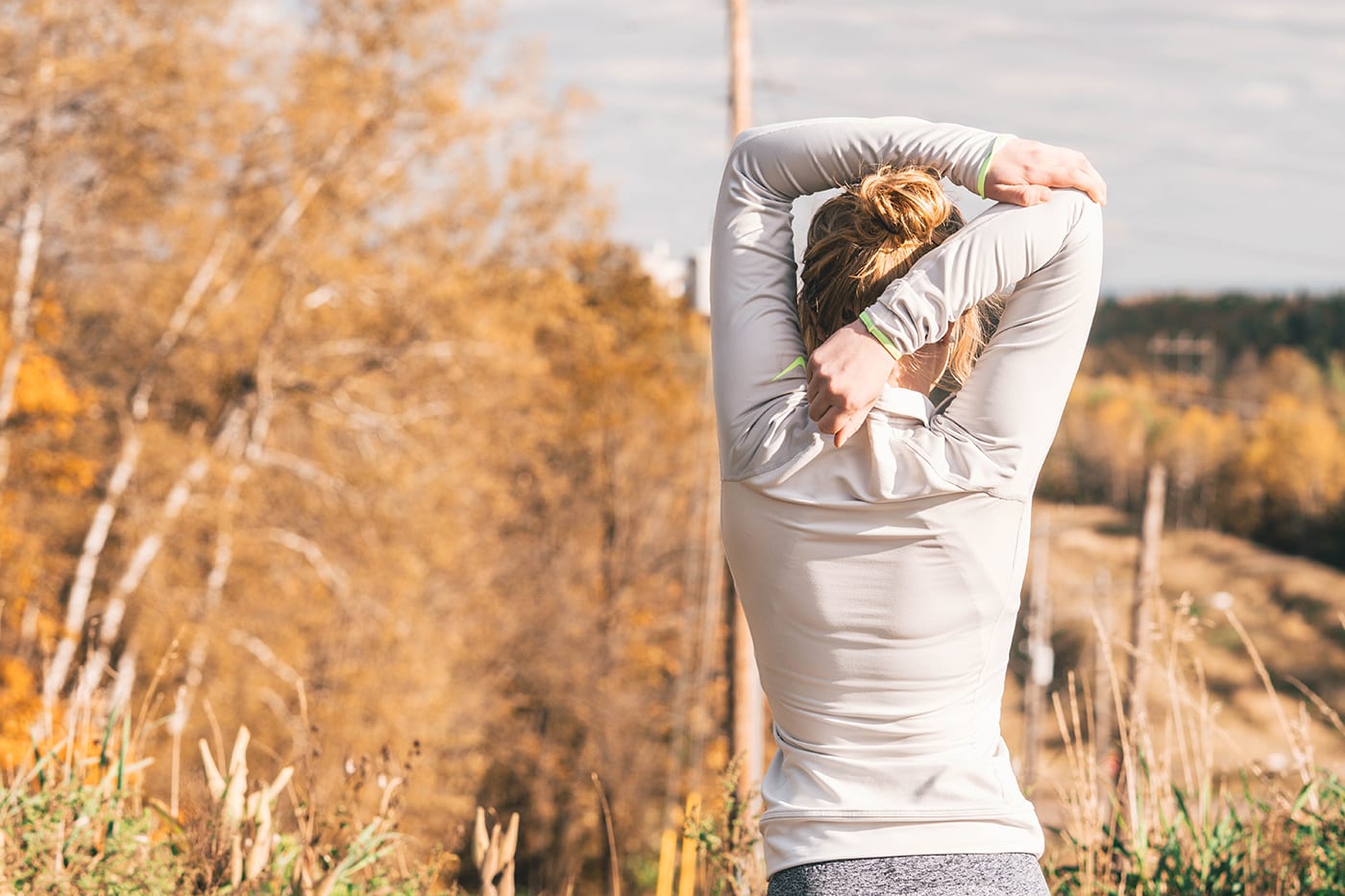 Being able to move is key  to my job at aSweatLife as well as instructing on the mat and in the gym. But as a chronic overdoer, I say “yes” to workouts or challenges thrown my way, even when overdoing it can lead to overuse injuries. Chicago Personal Trainer Tim Cohen saw clients like me put on the injured-reserve list at studio after studio and had enough of losing his favorite clients to mobility issues.

When Cohen happened across a Canadian movement protocol as he scrolled through Instagram, he followed his gut to start training to become KINSTRETCH-certified and knew that he’d found what he was seeking.

Now, when Cohen comes across a client like me who’s likely to push through a few too many chaturangas for someone with a shoulder injury, he’s able to teach them new movement patterns to save them from spending all of their money on acupuncture and sports massages.

Cohen looks at the movement protocol as a way to help prevent injuries and to prepare his clients for movements they’ll see in their favorite gyms, like squatting, deadlifting and bench pressing.

Through KINSTRETCH, Cohen changed the way I look at movement and mobility – and you need to start thinking about these four takeaways now. 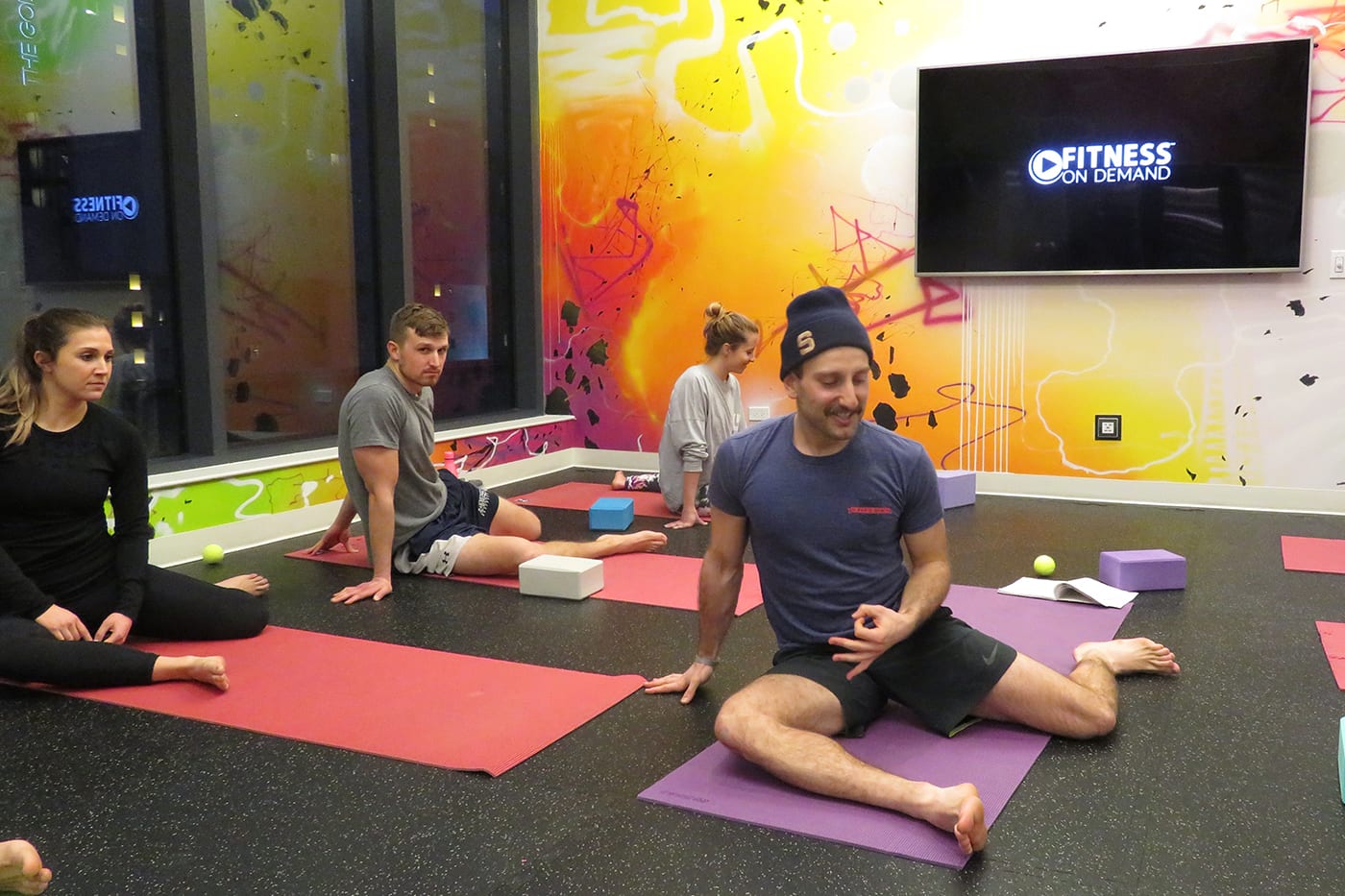 1. It addresses issues you likely have – even if you didn’t know you had them.

“What we’re seeing is that we need to start to find a way to mitigate sitting at a desk for hours a day so we can start to restore what our bodies are actually built to do,” Cohen said. “We’ve evolved from hunting and gathering human beings who needed to get up and run to get food every morning, and now we need to realize where we are as a society and as a culture, and how we need to restore our bodies back to what [they’re meant to do].”

Based in Toronto, Functional Anatomy Seminars created KINSTRETCH, a movement enhancement system that develops maximum body control, flexibility and usable ranges of motion – ultimately allowing the body to get back to its fullest potential.

Our daily lives have us sitting – a lot – and we may not realize the ways in which we compensate or move sub-optimally if it doesn’t affect us on a daily basis. But that wasn’t the case for Cohen.

He saw his own injuries as impediments for teaching safe form in his fitness classes – an old shoulder injury challenged him and his squats weren’t as deep as he wanted his clients’ to be.

After an intensive period of study and multiple certifications, Cohen became KINSTRETCH certified.

Cohen said KINSTRETCH is focused on joints – hard to conceptualize. In a KINSTRETCH class, you’ll probably find your body in shapes you’ve never been in before, being asked to do things you’ve never done.

The exercises that are done mostly with bodyweight range in size and complexity. At times, you’ll be asked to do things that take a lot of brain and muscle power. But at other times, the tiniest of movements that will take your focus away from a squat, for example, and into the muscle group you should be engaging.

3. Its “morning routine” is fast, effective and worth adopting

I’ve been to physical therapy more than once, and each time, I come away armed with a plethora of exercises that – helpful as they are – are complicated and eat up a significant chunk of my morning.

Cohen walked us through a “morning routine” that lasted 15 minutes and by the time we’d finished, I felt like a new person from head to toe.

In it, we performed “controlled articular rotations, or CARs,” Cohen said, “which are basically joint circles to take them through their full range of motion.”

We spent a few minutes in each of the following joint areas:

Find a video of the routine here.

There were parts of class that were really hard, but those were generally related to the movements that were constrained for me. My joints weren’t used to moving in those ways, which was exactly why I needed to do those things.

No two people in my class found challenge in the exact same movement patterns and exercises, but every single person had something to work on.

“If you’re working on something, like deep squats, if you don’t train in mobility at the angle you need for squats, you’re never going to be able to load weight at that angle safely,” Cohen said.

But if you do stick with it, Cohen believes you can have a profound effect on your body’s longevity and its ability to keep working hard for you throughout your life.

Sign up for KINSTRETCH in Chicago here or through Tim’s Instagram. Not in Chicago? Find a KINSTRETCH-certified instructor closest to you here.