When I was little, I have a fuzzy memory of my mom briefly joining a gym near our house — Curves. I asked her what it was once, and she described what I now recognize as circuit training (but in my eight-year-old head, I thought of it as kind of a merry-go-round where women in Lycra were constantly getting on and getting off).

But the one thing I do remember strongly about her gym was that it was all women. At that age, I thought the gym was mostly a place my dad went to play basketball, with lots of sweaty men and stinky locker rooms. Curves was the first instance I had heard of women exercising (keep in mind that this was in the 90s, when Jane Fonda and Jazzercise were about the extent of women working out). More notably, it was women ONLY in that gym — no boys allowed, just like in my treehouse, an eight-year-old’s dream. 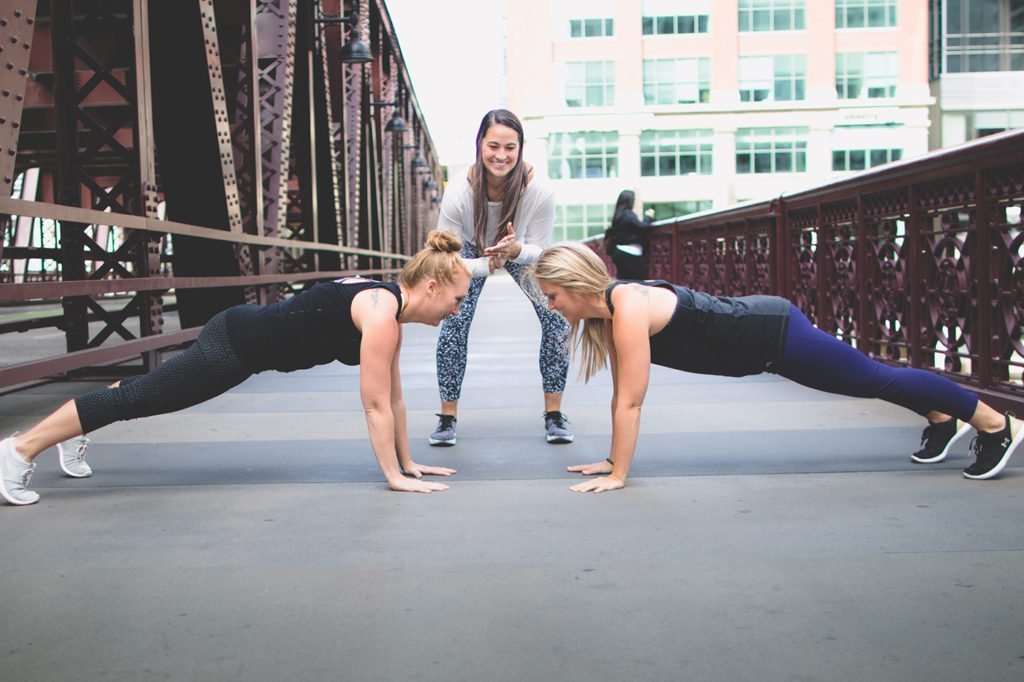 They say everything old becomes new again, and while I’m not sure that Curves is coming to my Chicago neighborhood anytime soon, women-only workout classes and environments are riding the current wave of female empowerment, Women’s Marches, and #MeToo to offer women of all shapes and abilities a supportive, ego-free environment in which to train.

Nationwide, the Burn Boot Camp franchise caters heavily to females, allowing men to take only their evening classes. CEO and Founder Devan Kline deliberately built his business model that way after realizing that less than 20% of people in America have a gym membership — a stat that he believes is that low because of the often-intimidating environment.

“I think the majority of this number being outrageously low is because women feel intimidated to work out at gyms,” he muses. “They know they need to work out but don’t feel comfortable, knowledgable, or motivated to do it alone.”

A confident dynamo and former dancer, Rae Reichlin leads the movement here in Chicago through her original program Ladies Who Lift. As she wound down her dancing career, Rae dabbled in group fitness classes and running, but it wasn’t until she picked up a barbell that she really fell in love. 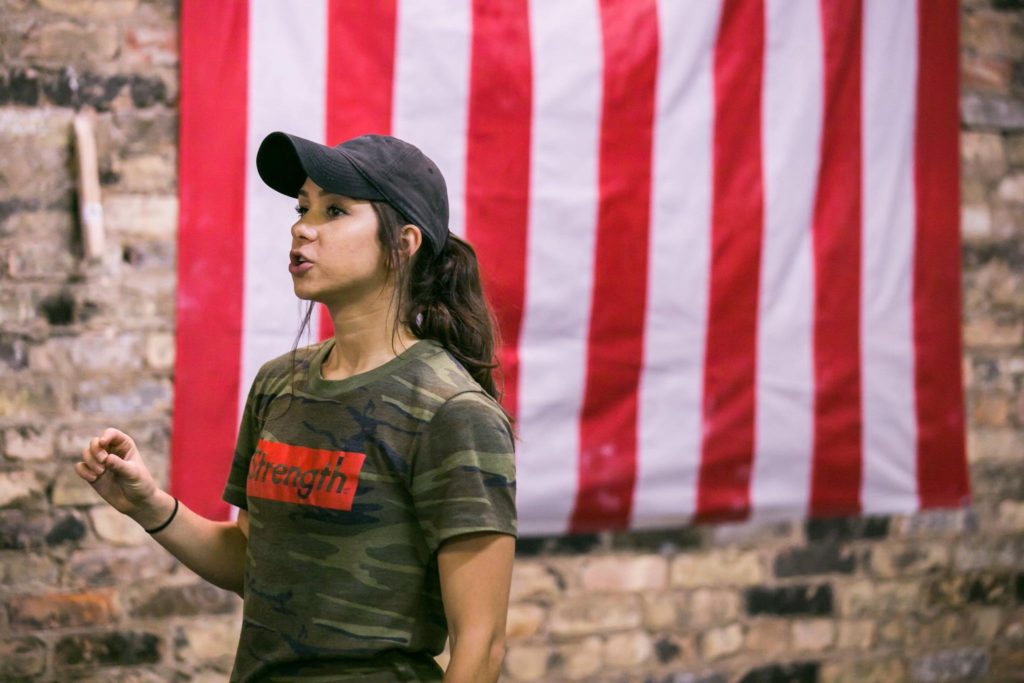 “Very quickly, going to the gym was my favorite part of the day. What I loved about strength training and weightlifting was that, just like dancing and learning choreography, you could leave with a tangible result in your hand — you could point to what you did and where you improved.”

As her passion for strength training grew and Rae became a trainer herself, Rae realized there was a real opportunity for showing clients (women, specifically) how to pick up a barbell and strength-train like the guys.

“Clients came in fearful and left exhilarated,” she shares, explaining how most women were afraid of using the barbell wrong, or of injuring themselves, or of getting (say it with me now) big and bulky. “I really wanted to tackle all those fears at once, so that’s where Ladies Who Lift came in.”

Like Kline, the all-female class was a deliberate decision on Rae’s part, as she noticed that women were much more responsive and willing to communicate with the instructor about likes, dislikes, and form corrections. Plus, she notes, “learning anything new can be a really intimidating experience. I wanted women to feel completely comfortable, so they could feel ready to try new things.”

But more than the technical side of lifting, Rae worked to foster a true community through her workshop. She begins each Level 1 Workshop by talking about what ladies who lift means to her and what she hope it comes to mean to them by the end.

Kline also focuses on building a community through Burn Boot Camp, stating that “providing an atmosphere for likeminded women to empower each other while an expert trainer is leading the way is extremely attractive” to women who haven’t committed to a gym membership in the past.

Another way Ladies Who Lift builds female camaraderie is by the small group work. After Rae has talked through the big movements, she breaks her crew into small groups (which helps everyone make a new friend) and has them take turns lifting and coaching each other. When you’re spotting someone on the bench press, you quite literally have their back; plus, you’re simultaneously sharpening your own technique and gaining confidence in your own ability as a coach. 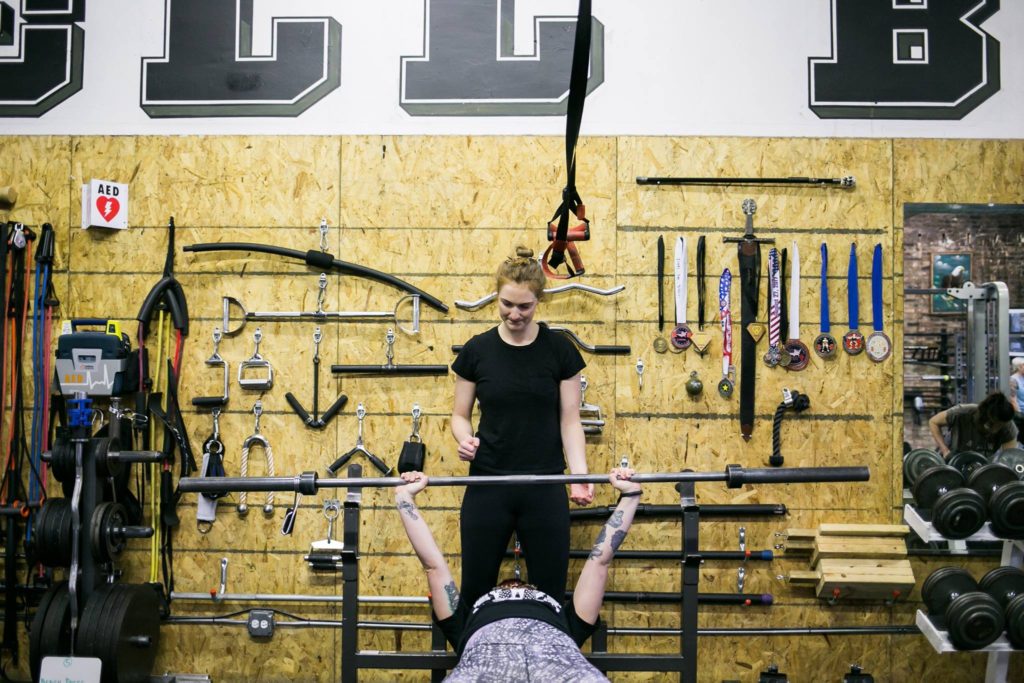 “Once you know [what that coaching feels like], it feels so good to help someone else and learn how use your voice in that way,” Rae explains.

At Burn Boot Camp, Kline ensures that women focus on competing with themselves, not with others.

“Traditionally, we are made to compete with each other,” Kline shares. “I’m a huge proponent of competing with yourself. The barriers are broken down when the competition is shifted from other people to yourself and opens women up to encourage each other.”

And when women are comfortable opening up to and motivating each other, that’s when bigger things (like the Women’s March) start happening.

“I think women right now are feeling real proud to be women,” Rae said matter-of-factly, “and I think that they’re finding the power that comes with that. They’re finding a lot of different ways to be comfortable with that [power] and exploring what that means to them.

“This movement behind being a strong women instead of being a behind-the-scenes woman is huge in that, and I’m incredibly happy to help that in any way, shape or form.”