Why Did I Get the Flu if I Got My Flu Shot?

Ah, the dreaded flu. It’s horrid every year, but experts claim this flu season is one of the worst ones in a long time. Officials are saying the number of people seeking care for flu symptoms has increased to levels not seen since the 2009 swine flu, according to The Washington Post. A recent CDC report said that for the week of January 25 through February 3, influenza activity increased throughout the country. 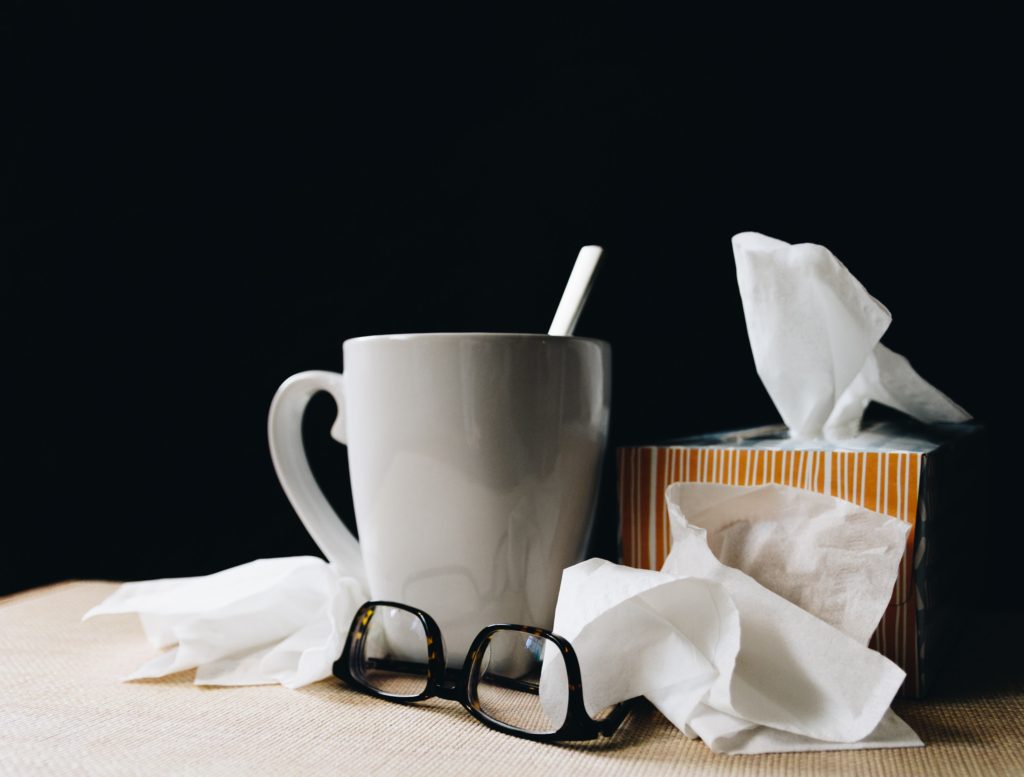 Simply put, the flu is bad. And you don’t want to get it. Luckily, there are a few ways to avoid coming down with the illness.

Dr. John Martinez, who practices at East Woodland Urgent Care in California, said washing your hands frequently is of the utmost importance during flu season. You should also try to avoid sharing objects like pens and pencils at work, he noted.

And if you travel via plane frequently, be sure to bring along antibacterial wipes to use on armrests, tray tables and all surfaces you’re in close contact with, suggested Dr. Douglas Webb, an infectious disease specialist at IU Health. He also proposed frequently using hand hygiene products. “Avoid crowding/close contact with others as much as possible — sit by the window [and] board the plane late,” Webb added.

But perhaps the simplest way to prevent catching the bug is to get the flu shot. The CDC recommends getting it by the end of October. That doesn’t mean you shouldn’t get your flu shot if it’s past Halloween, though. The agency adds that it’s still beneficial to get your shot later on — even into January or later.

Perhaps you went in and got your flu shot in the fall, and yet in late January, you suddenly came down with a fever, chills, aches and a cough, meaning — yep — you got the flu. “How is this possible?” you might wonder. “I already got my flu shot!”

Unfortunately, it is possible. Dr. Rick Pescatore, the assistant director of emergency medicine research for the Inspira Health Network, said it’s crucial to “remember that the flu vaccine immunizes against simply those strains of flu which epidemiologists believe will be the most prevalent — a decision they make well in advance of the season.”

Aside from being impacted by a strain that wasn’t covered in the vaccine, there are other reasons you could catch the flu after getting the shot. Dr. Alexea Gaffney, a board certified physician in infectious disease and internal medicine, said the timing of vaccine administration matters.

“It takes a few weeks to mount an adequate immune response to a vaccine, so if you are vaccinated once the flu season has already begun, you may still get infected because you have not yet developed immunity to the circulating viral strains when you are exposed,” she said.

If you diligently got your shot but still caught the flu, you’ll have to take time to recover. Here are a few of the experts’ tips on recuperating from influenza.

It’s hardly shocking, but slowing down and sleeping are key steps to take when you’re sick. Don’t go to work or head out on the town — you’ll only increase the chance of infecting others.

In addition to drinking water to stay hydrated, Gaffney advocated for beverages with electrolytes, such as low sugar Gatorade. She also suggested hot tea with honey and lemon, as it will help with a sore throat and a cough.

If you’re diagnosed with the flu, Gaffney said taking Tamiflu can help. It prevents “the replication and spread of influenza viral particles in the body and infected tissues,” she said.

For the aches and pains that typically accompany the flu, Pescatore recommended taking nonsteroidal anti-inflammatory drugs like naproxen (Aleve).

Know when to see a doctor

Martinez said certain groups of individuals — such as babies under age two, those older than 65 and pregnant women — are in the high risk group for the flu, and should visit their doctor if they catch the bug.

Other folks should also head to their physician if their symptoms get bad. “Any person that is having a very high fever, experiencing nausea or vomiting or having respiratory issues like difficulty breathing should see a doctor right away,” Martinez said.