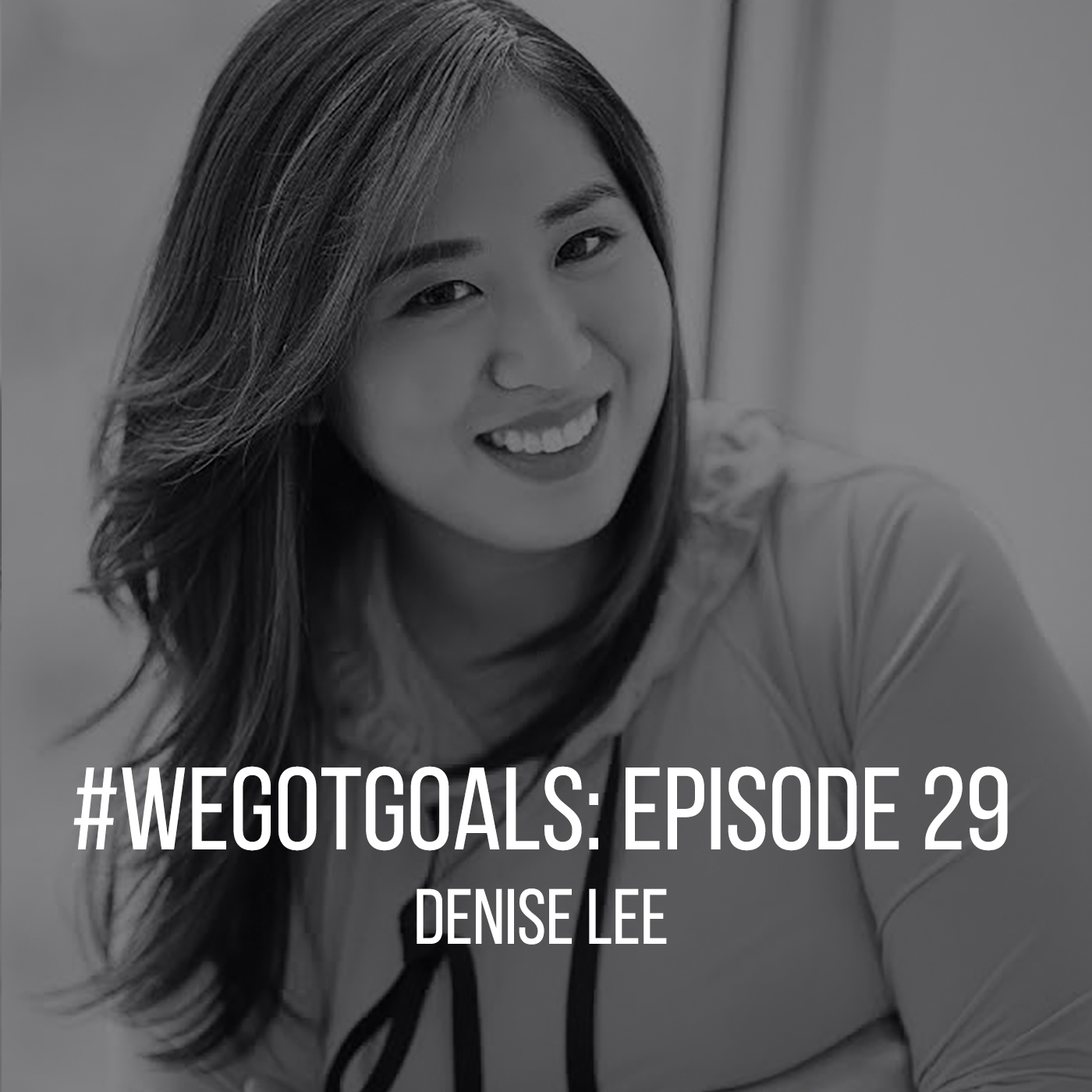 When she trained for her first triathlon six years ago, Denise Lee was swimming, biking, or running six days a week. But she couldn’t find gear that made her “feel like a badass.”

So she set about to craft activewear with a look that motivated her to train harder and reflected her edgy, urban, high-fashion style. ALALA, the athleisure company she launched four years ago—before athleisure was even a word—has gone on to thrive despite burgeoning racksful of competitors.

On this week’s episode of #WeGotGoals, Lee told me she credits this success, in part, to luck and good timing. But she has entrepreneurship in her blood—her parents both had their own businesses. Clearly, she drew inspiration from their perseverance and strength from their encouragement.

“When people think about starting their own thing, it’s really important to have that support from the people closest to you, because it’s scary enough as it is,” she says. “If you really have a lot of people telling you, ‘Don’t do it, stay at your job, just be comfortable, you know, just climb the corporate ladder’—I do think that can be a hindrance to your early success and early development of your business.”

She’d also spent time working for Chris Burch, a serial entrepreneur in the New York fashion world. From him, she absorbed instruction on speed and trusting your intuition. Far better to make a bad decision quickly, he told her, than to dawdle while making a good one.

“If you’re a smart person, you’re confident in yourself and you trust your gut, most of the time you’re going to make the right decision and not make too many bad decisions,” she says.

“But even if you do make bad decisions, you’re able to make them quickly and adjust to whatever decision you made, and then pivot off of that and make another quick decision.”

The big goal Lee set this past year was to craft a clearer vision and personality for ALALA. She kicked off this process with an ingenious exercise—asking everyone to come up with adjectives they thought defined the brand, then narrowing it down to three. Now, they use these words as a guidepost and filter for every move, from big marketing campaigns to individual Instagram posts.

Listen to hear how she’s created successful partnerships, whether she managed to crush that triathlon after all, as well as what those three adjectives are (and if you, like us, were inspired to craft your own—share with us in the comments). You can see more of ALALA’s personality on Instagram and online.

#WeGotGoals is produced by Cindy Kuzma. If you like it as much as we do, please subscribe—and rate and review it on Apple Podcasts.