Diving into Namaste: What It Means and Why Your Yoga Teacher Says It

The word “Namaste” has become so ubiquitous that it’s moved on from yoga classes to witty tank tops perfect for a boozy post-workout brunch (“Namaste in bed,” anyone?). But after taking a recent yoga class and hearing the instructor close class with the traditional Namaste for maybe the hundredth time in my life, I realized a troubling fact: I truly had no idea what the definition of Namaste was.

In my generally yoga-averse brain, I had chalked Namaste up to meaning something along the lines of “peace be with you” (that’s the Catholic school education coming full circle). Some Google-enabled research confirmed that I wasn’t totally off base: according to Yoga Journal, the word namaste can be broken into nama, meaning bow, and te, meaning you. So, putting the two together, Namaste can be translated into “I bow to you.” 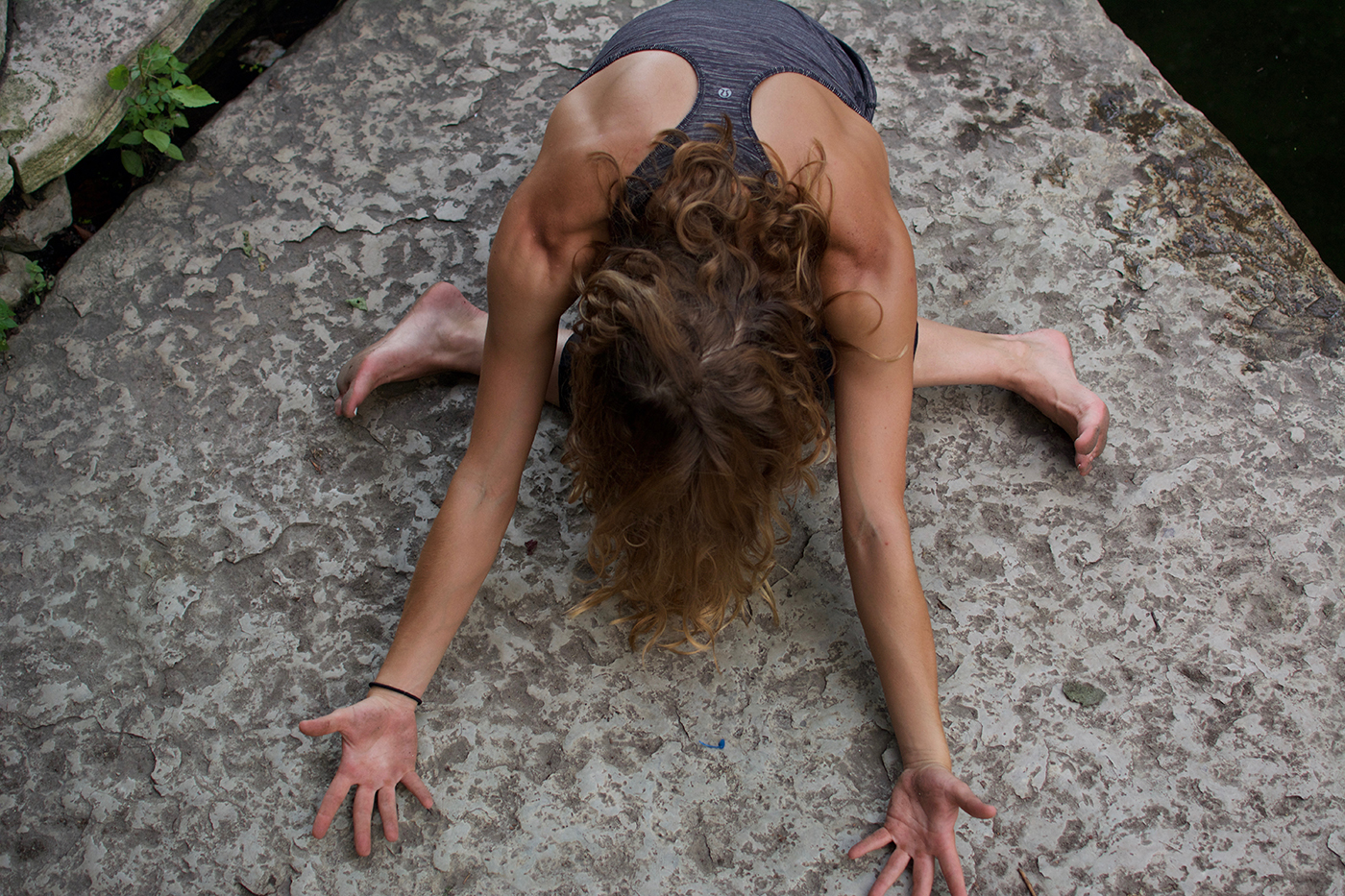 For a more in-depth discussion of what Namaste means beyond its literal translation, I spoke with two of Chicago’s most popular yoga instructors: Jenny Finkel of Exhale and Studio Three, and Jenny Kaufman of Yoga Six.

Both women confirmed the classical translation of Namaste extends far beyond just “I bow to you.”

Kaufman mentioned the same explanatory phrase, noting that discussing “Namaste” in a more tantric lens would include the gesture of placing your hands at your heart and bowing your head. With this viewpoint, Namaste is more strongly associated with your heart chakra, the spiritual center of your being.

“But,” Kaufman added, “from what I understand in modern India, it is simply used as a greeting that denotes respect, and it’s not even considered a spiritual word at all.  It’s really as simple as ‘Hello there good sir!'”

As for the difference between using the word “light,” “teacher,” or “divine” when addressing the class for Namaste, well, it comes to the personal preference of your yoga teacher.

“I prefer “Teacher” to “Divine Light” because I really do believe that we are all learning from each other all the time,” explains Finkel.  “And while learning is generally a good thing in the long run, the process of going through it is not always painless.  We learn as much from the negative experiences/people/setbacks/conflicts as we do from the positive ones – arguably more.

“So I think ‘Teacher’ has a little bit more of a neutral connotation, and for me, it also feels a little more grounded and less ethereal than ‘Divine Light.’  While I love concepts that are vastly open to interpretation, for a statement that finishes each practice, I like a concept that feels stable and solid.”

Kaufman, meanwhile, takes a slightly different spin in her classes.

“I am a particular fan of reinventing the usual translation ‘The light in me honors the light in you’ to relate that we are all made up of lots of different parts, some light and some dark, but in this moment, the most beautiful and pure light in me recognizes the most vibrant bright light in you. The part that we all have in common. Not the part of me that yelled at my kids and ate a PopTart for breakfast, but my absolute best self.”

However, both teachers warned against saying Namaste just because it’s expected of teachers at the end of practice; doing so can lead to the oversaturation of the word, draining it of the meaning it once held. Instead, teachers can use Namaste to close the practice with mindfulness and respect by making a more solid connection between students and the day’s intention.

Plus, as Finkel notes, “when I’m teaching, ending a class without ‘Namaste’ is like a sentence without a period!  Whether the message received by students is ‘May the eternal light of our shared existence journey into the great beyond in perpetuity’ or ‘Have a nice day!’ it feels like a nice punctuation to the practice – and it lets the students know that class is over.”

But what about outside of the mat? Is there a way to incorporate the sentiment behind Namaste into daily life, even for a yoga-phobe like myself?

For Kaufman, it’s less about thinking the word “Namaste” specifically throughout the day, and more about taking the basic practices of yoga and incorporating them into your actions.

“For me personally, it is not associated with the word [Namaste] so much as the action of acknowledging those things [the basic practices of yoga, like patience, honesty, humility, discipline, etc].  Which is what we are doing at the end of class as we take our hands to our heart and bow slightly inward.  That is a practice to remind ourselves that while we are human, we have the capacity to find peace, to slow down, to notice, to be aware, to create and to be in relationship with the world around us.”

After all this research, you still probably won’t hear me say “Namaste” as we pass on the street. But, I’m going to practice taking all the teachings of yoga and blending them into my daily life, whether it’s by waiting patiently for the El or being disciplined enough to wake up on time every day.

What’s your personal translation of Namaste? How have you tried to take that meaning off the mat with you?