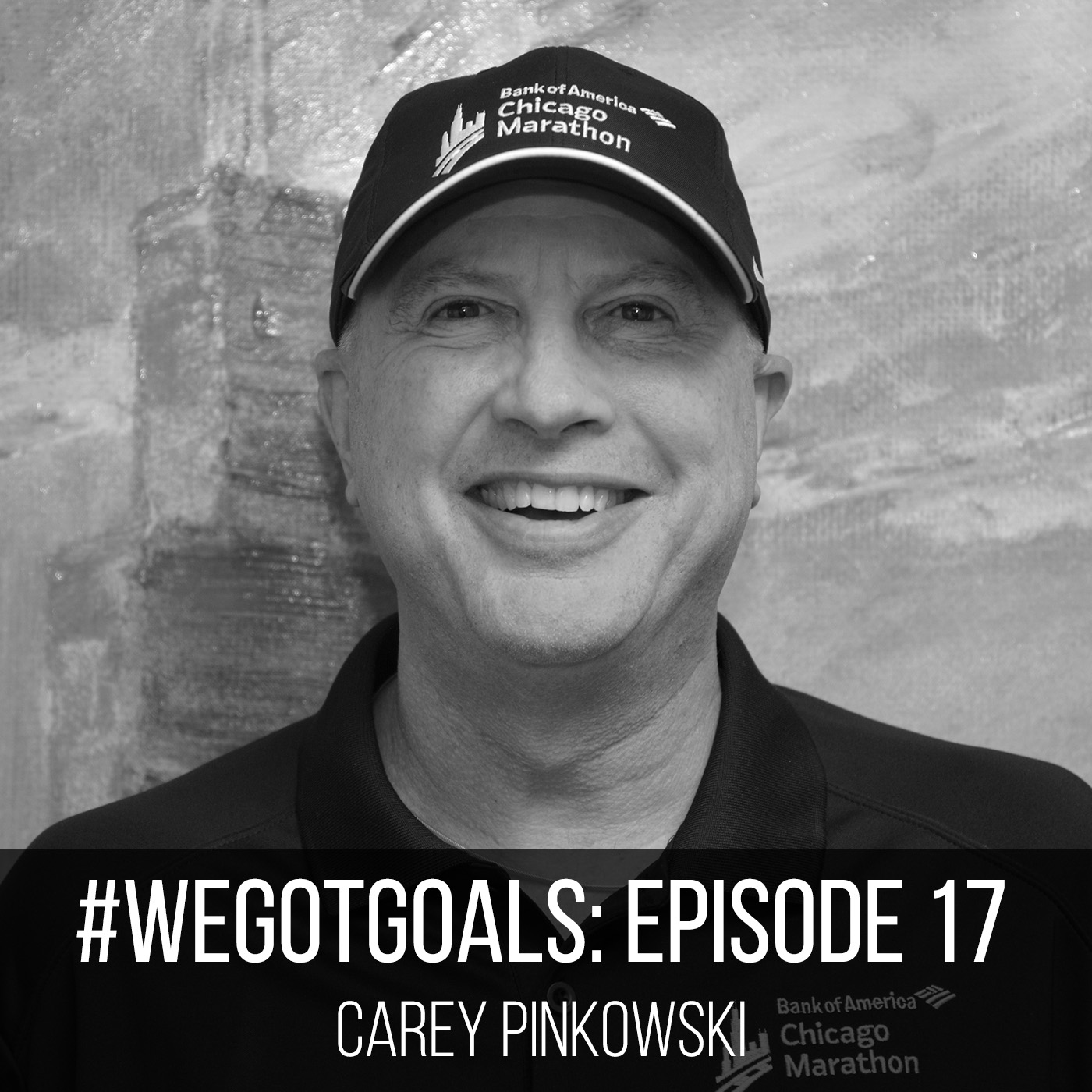 The Monday after the Bank of America Chicago Marathon each year, Carey Pinkowski’s phone begins ringing. One runner wants to thank a volunteer who provided a critical medical treatment or cup of ice. Another hopes to follow up on a new friendship he made during some difficult miles.

Carey calls them back – he feels he has to. Though social media has made missed connections easier to resolve, he still believes one of his biggest responsibilities as race director is to bring the running community together.

During his 28 years at the helm, the race has grown from fewer than 5,000 runners into an event that draws more than 40,000 participants and brings the whole city together in celebration. And from a nonexistent fundraising program, he’s overseen the creation of a network that’s raised more than $262 million for charities in Chicago and beyond.

As the race celebrates its 40th anniversary this year, Carey continues to fine-tune his approach. As he told me for this week’s #WeGotGoals, he gathers with his team after each year’s race to review every step of the process and improve based on feedback from runners, spectators, city agencies and the community.

Most of the year, organizing the race is like running any other business. But as that special Sunday in October nears, the experience turns humbling: “You walk out and you see these people that have come from all around the world – from all walks of life, all different abilities – and they have this common goal of running the marathon,” Carey says.

Like life, the race has had its ups and downs – the highs of world-record performances to the lows of weather-related catastrophes and beloved champions lost too soon. Carey nearly tears up talking about Sammy Wanjiru – the 2008 Olympic gold medalist and 2009 Chicago Marathon winner who died tragically in a fall from a balcony in 2011. (There’s a good rundown of race history, including many of the world-class athletes Carey mentions in the interview, here.)

But just as he advises aspiring marathoners – including the approximately one-third of those who’ll take on 26.2 for the first time in Chicago this fall – Carey continues moving forward. “Enjoy the journey. It’s about the training and how you discover yourself every day,” he says.

Listen to Carey’s episode and if you like what you hear, be sure to rate and review #WeGotGoals on iTunes.