Mastering the Gentleman’s Game of Golf

Growing up with two brothers and a love of baseball, I have never been one to feel as though my gender impacted my athletic endeavors. That being said, there has always been something about the game of golf that identifies itself as “for the boys.” Recently, aSweatLife founder Jeana Anderson Cohen had a Facebook status about overhearing a man saying, “The thing about golf is that you’ve got to find something for the non-golfers to do – women. And not all of them want to go to a spa.”

Obviously a little offensive to assume that women would only want to participate in seemingly stereotypical activities, but honestly, the guy wasn’t totally off base. There are some pretty staggering statistics about a woman’s presence in the world of golf, but the clearest indication of the unevenness is that, according to Channel Signal, 80% of golfers are men.

This. Is. Crazy! My best friend is an amazing golfer, and I had always toyed with the idea of learning how to play so I could hit the links with her, but never pushed myself to commit to learning. But it was that casual Facebook status that finally made me decide I didn’t want to be part of that topsy turvy statistic anymore.

So I made a deal with myself to learn how to golf this summer, because if I am ever on a trip and offered to go shopping or the spa, I want to be able to say no thank you, sir, I am going rule you on the course instead (or at least hold my own – manageable goals, guys). 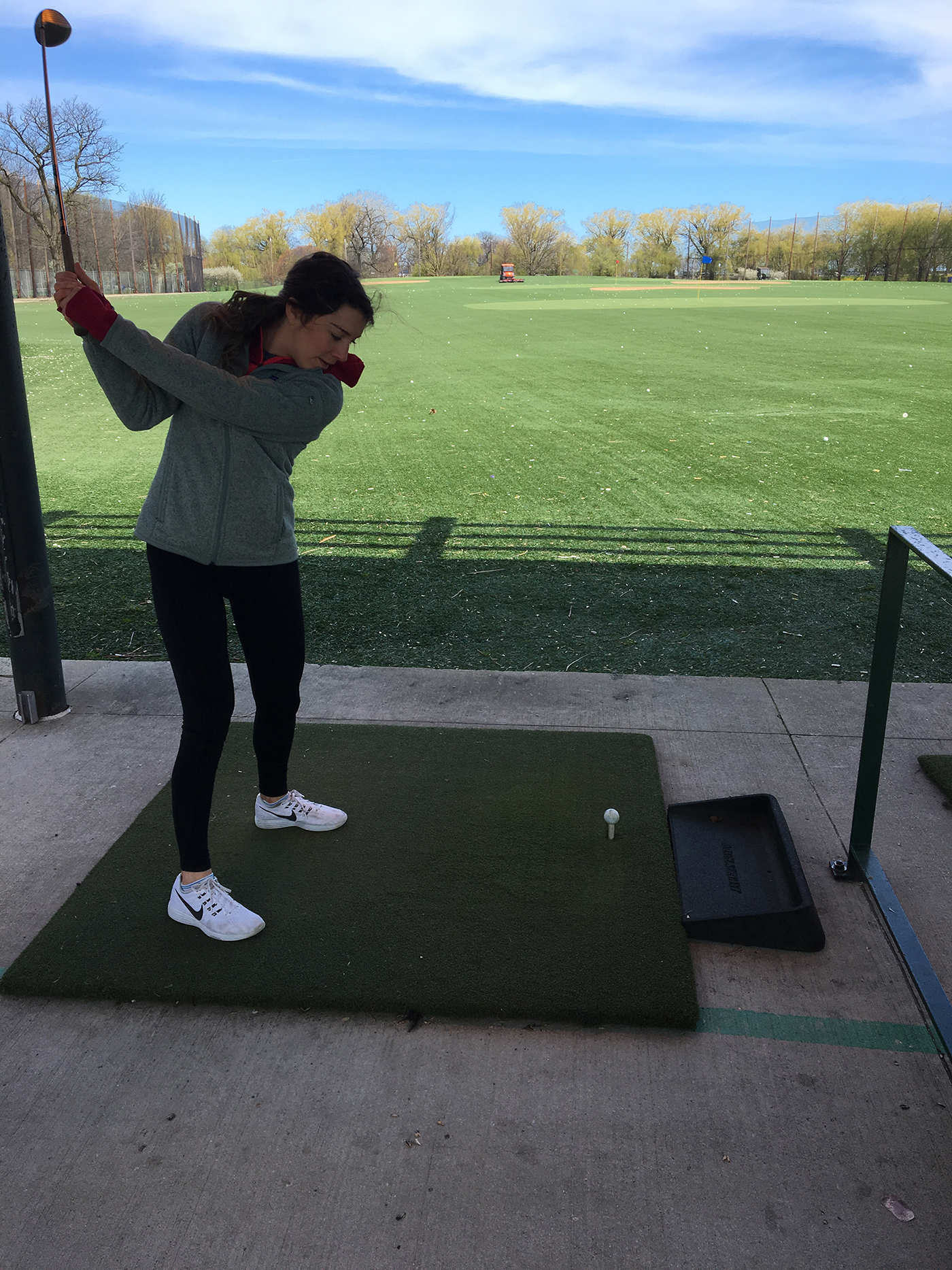 Starting the sport from the ground up

In order to start this escapade I first needed clubs. Yep, really starting from the bottom. Thankfully, one of my pseudo mother-figure coworkers had been encouraging me to learn how to play and she had an old set in her garage she had just replaced. Free set of clubs? Check.

Not to brag, but my putt-putting skills are pretty on point, so I decided to start with the long ball (disclosure: not sure if that is a golf term, the lingo is still a work in process). I literally Googled “how to golf,” and stood in my living room swinging around. After a few good fake swings and imaginary hole-in-ones, off to Diversey Driving Range I went with my fiancé in tow to provide some much needed guidance (just got engaged last week, so yes, I did add that detail in only to include the word fiancé).

Diversey was good, bad and ugly. One ball went backwards, so at times it was even dangerous. But when it was good, man was it good! I imagine that’s how it feels when Rizzo hits a home run; everything lines up just right for the perfect pop of the ball. Those few moments were enough to make me realize this goal was attainable, and made me so excited to improve.

I’ve since visited the driving range a few more times and took a lesson to have an unbiased source provide direction. Just like running, a new HIIT class or yoga, practicing helps so much (Captain Obvious, I know). I have been running and active my whole life, so it’s been a while since I started at the very beginning of a sport and could find joy and frustration in the learning process.

If you’re considering picking up golf, here are a few tips:

At this point I may not be able to embarrass that guy on the golf course, but I am certainly well on my way to not embarrassing myself. It may be the gentleman’s game, but I’m really proud to golf like a girl.