Throughout 2016, a coach kept popping up on my Instagram feed working with some of my favorite trainers to improve their barbell lifting skills: Jess Kilts. I saw her again and again – coaching Betina Gozo, helping Stacy Spurgeon get a PR – and every time I thought, I need to meet this trainer. I knew that if she was working with trainers I knew and loved, she was doing more than just making up great workouts: she was teaching them something. Lucky for me, I finally got the chance to meet her at an NTC workout and she lived up to all the hype. I walked away with all of the sweat as well as technique corrections that I could carry through to future workouts. I wanted to chat more to learn about her journey and all of the things that make her one of the hottest new trainers in Chicago so we sat down to chat after her Strength class at Crosstown Fitness. 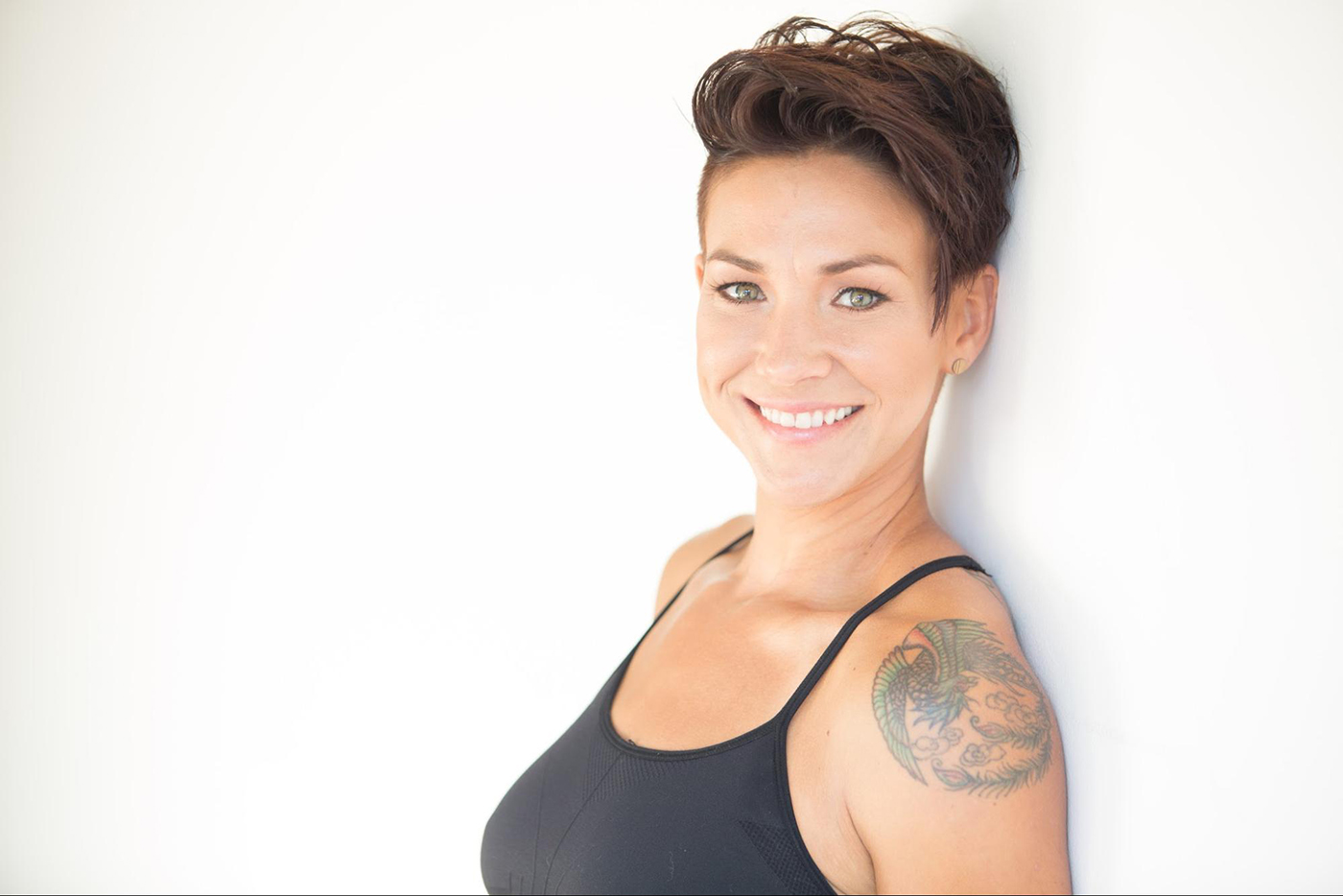 What has been the journey that led you to becoming a coach?

Fitness has always been a part of my life. My mom was always doing home workout videos or on the floor doing hip thrusters while we watched TV – she was borderline obsessed. My sister and I were always athletic but we grew up Jehovah’s Witnesses and weren’t allowed to play organized sports. When I was older, I moved to San Francisco and was finally able to pursue that passion, so I joined a Women’s Semi-Professional Flag Football Team. I played for six and a half years as a quarterback and middle linebacker; it was my glory.

Then, I moved to Los Angeles, where I worked as an emergency medicine tech and an exotic animal trainer. I had a friend who worked at Beach Body and asked me to audition to be in the test group for P90X2. It was totally new to me but I dominated the three months. We’d go train every day, they provided all of our food and at the end my body was great and I felt strong. The celebrity trainers I was working with encouraged me to become a trainer, so I got my certification. For the first time in my life, I felt like doors were opening for me and I had a natural path to walk down. Ever since I’ve made the decision to pursue that path and focus on a single goal – of becoming a great strength coach – things have continued to fall into place.

From there, I’ve taken up competitive powerlifting, received my Strong First Kettlebell certification, learned from awesome trainers, worked as background talent on P90X3 and now I’ve moved to Chicago where I get to teach group fitness with Crosstown Fitness and Nike and train powerlifting teams at Rockwell Barbell.

What is one thing people can expect to walk away from when they take your class?

I really love to not only give people a good sweat, but come away having learned something they can use outside of here. My big thing is to educate. I like to give what I call useable cues – something they can immediately apply and even leave the room saying, “I didn’t know that.” When I speak into the microphone, I want everything I say to be worth hearing.

How different is it to train experienced trainers vs. people new to training?

I started training one trainer who wanted to learn about barbell technique, which spiraled into me being known as the trainer’s trainer. These people have base knowledge of movement, but then they want to focus on a specialty they don’t know. They’re the same as the person walking in for the first time. We need to retrain everything. When you have a specialty like kettlebell or barbell, the work starts from the ground up so they’re no different. They get very excited to bring what they’ve learned to their students and clients.

You moved to Chicago from Los Angeles about a year ago. What do you find special about the fitness community in Chicago?

It’s massively different. Of course, this is a generalization because I haven’t been to every gym in Los Angeles, but many people I worked with in LA trained for aesthetics, to look good for something else like acting or modeling. In Chicago, I train many people who were athletes in high school or college. They don’t want to lose their athleticism and many are training for marathons, triathlons, Spartan Races, or some other intention. It’s hugely different and I enjoy it. In LA, when people train just to look good, they often lost the joy. Here everyone does it for a different reason and that joy in training is there. 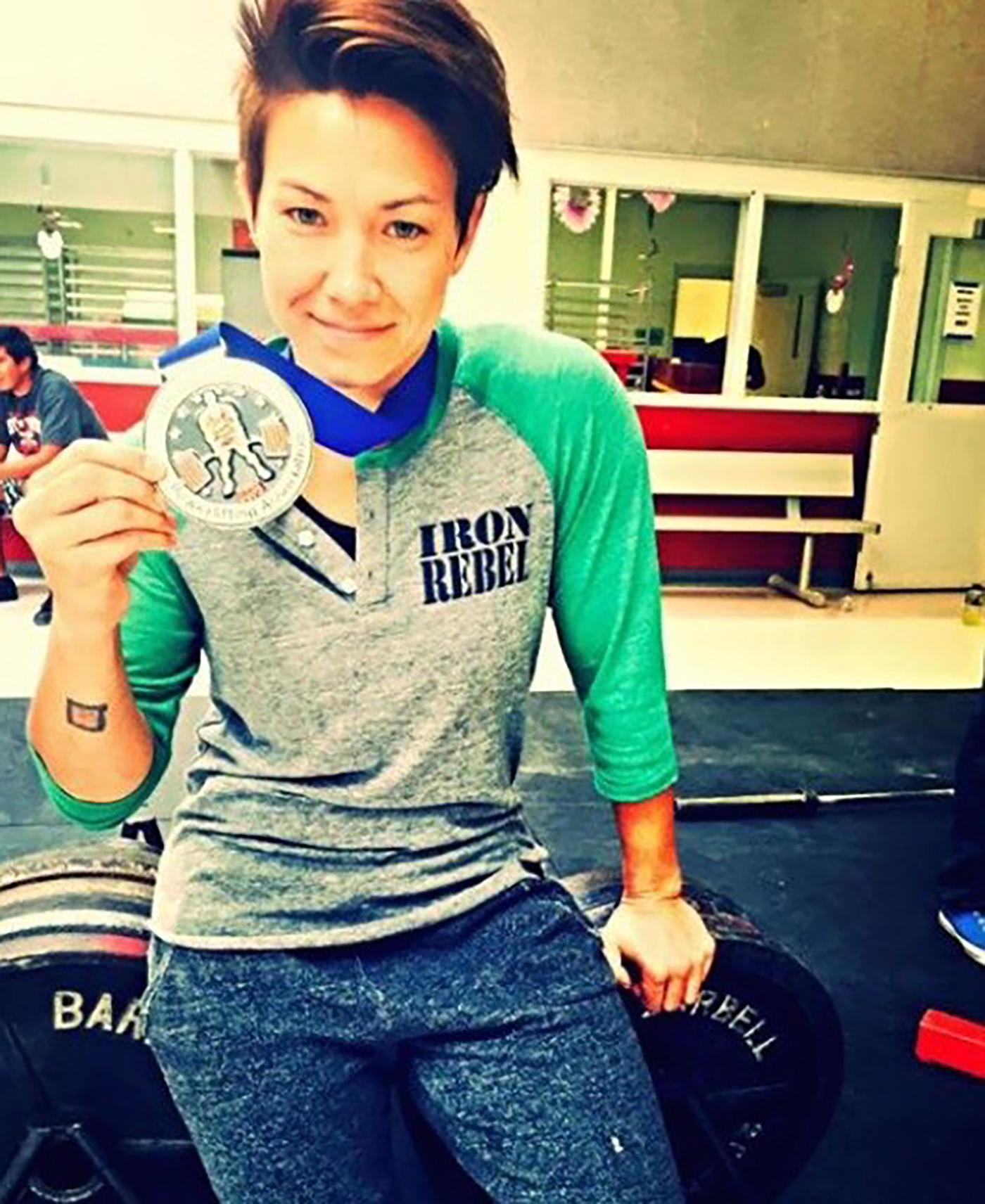 For those who aren’t familiar with it, can you tell me about powerlifting, how the competition works, and how you got involved with the sport?

When I was living in LA, my boss at the gym where I worked wanted me to work with a powerlifting coach to learn more about lifting to better serve our clients. Almost immediately I became hooked. I won a gold medal in my first competition. Now, I’ve won three gold medals and a national bronze. I started powerlifting just for me, not anyone else, but it took my career and knowledge to the next level and was filling a void that followed me around my whole life.

Powerlifting focuses on your three big lifts: back squat, benchpress and deadlift. In a competition, you make three attempts at your best of each lift. During competition you hit personal records, and it takes a lot of training and grueling hard work, but it’s an individual sport that anyone can do. I love the sport because this past weekend a 59-year-old woman competed followed by an 18-year-old girl. It’s very diverse and welcoming.

The biggest misconception is that’s it’s not olympic lifting. Olympic weightlifting includes the snatch and the clean and jerk (performed as one movement) while powerlifting involves the squat, deadlift and bench press. While the competitive goal in both sports is to lift as much weight as possible, they’re also remarkably different in several key areas.

What is your advice for other women interested in powerlifting?

The misconceptions and myths about women bulking up from lifting need to go away. That’s why I aim to educate. I am passionate about empowering the female community. My powerlifting teams are almost all women. We’re living in a time where finally females are busting out of the bubble and going beyond just running, pilates and yoga. Women are realizing strength is something they need to have in their life. We’re living in times where women face so many challenges, and now more than ever women are starting to harness the need for strength on all levels, which can begin with being physically fit and then more mentally fit.

If people are interested in training with you or learning more about you, where can they find you?