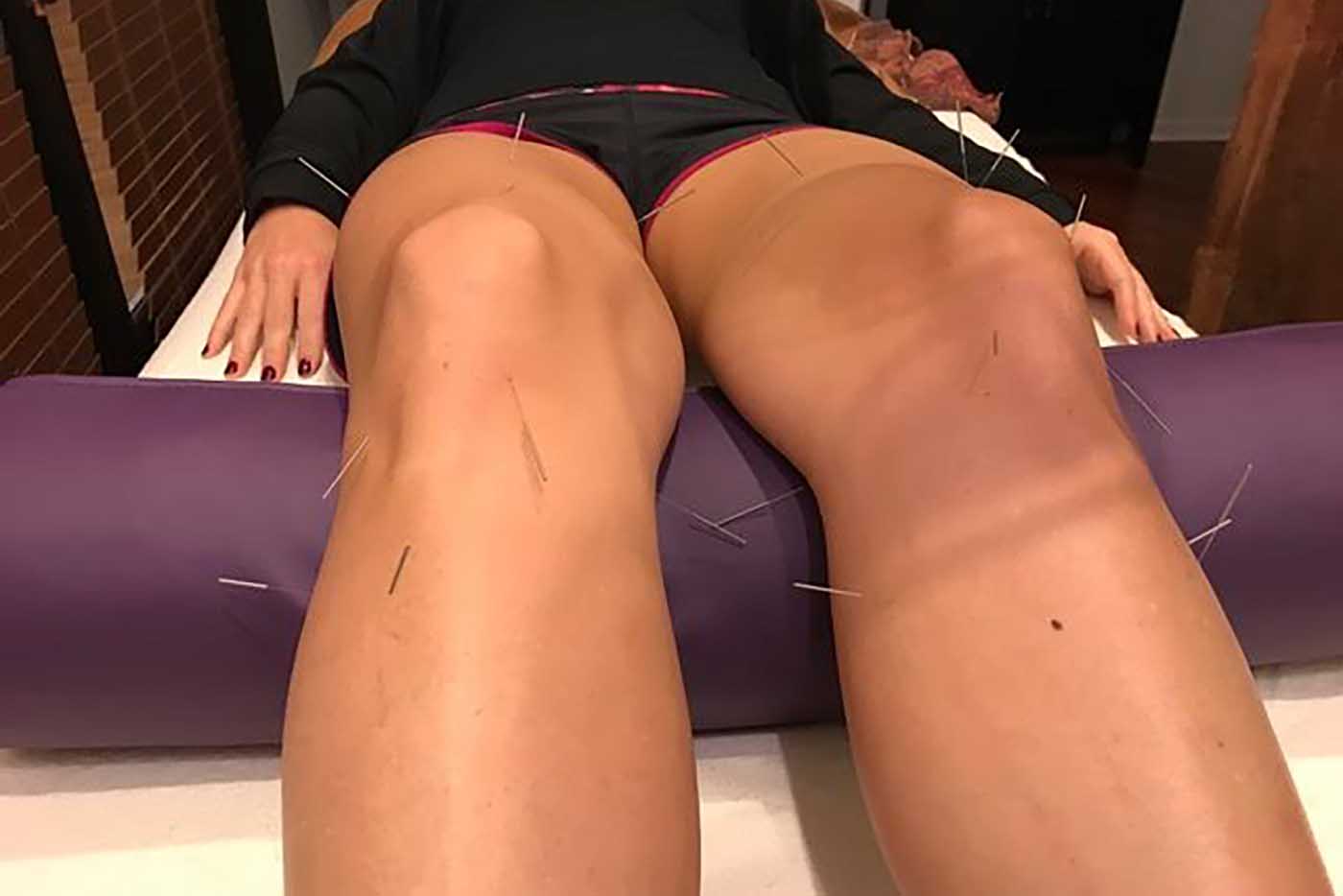 When you push your body to the limits constantly, it’s important to build in some much needed recovery time. At aSweatLife we’ve explored several different ways to recover, from ice baths to compression boots, cryotherapy to cupping – we’re willing to try it all.

Acupuncture isn’t typically thought of as an athletic recovery tool. Sure, we’ve all heard of the many benefits this ancient treatment helps like fighting depression, lowering blood pressure and curing insomnia to name a few. But how is it used by athletes, both professional and every day?

Acupuncture for athletes became popular during the 2008 Olympics in China, even though it has been practiced for over 2,500 years (whoa!). The World Health Organization (WHO) promotes acupuncture as “A safe and effective tool in managing pain and injury while supporting optimal wellness.” The WHO published a list of aliments acupuncture can help. You can find that list here.

According to Dr. Stephen Bower of Canyon Ranch, acupuncture not only helps with pain relief, it also “helps facilitate injury repair and wound healing.” By placing the acupuncture needles on meridians (energy pathways), energy flow improves and speeds up the healing process. According to a study completed by the Journal of Alternative and Complementary Medicine, participants who did acupuncture after intense training experienced less muscle soreness 24-48 hours after training than their peers who didn’t.

Ok, so we have the basics – but what should you expect when you go get acupuncture for an injury? I’d been having some post-marathon knee pain and needed it to get better ASAP so that I could keep training. Enter acupuncture. When I walked in, I was surprised to feel more like I was at a spa rather than clinical space.

Dr. Rosie from The Morning Sun walked me through the basics. She explained how Chi is the energy that makes humans alive, alert and present. Chi can be disrupted by day-to-day stress, poor diet and injury. She explained how the pain I was feeling was a disturbance in my chi.

After our talk, I laid on a massage table and she started by putting three hair-thin needles into my ear. Then she placed several needles around my knees and thighs. Most were not painful, but there were a couple that went into tender areas that definitely triggered a flinch or two. Once all the needles were place, I laid on the table for thirty minutes with a heat lamp over my knees. Once it was time, she removed the needles, which was not painful at all.

When I sat up, I felt a renewed energy. Dr. Rosie said this was a result of the endorphins released during the treatment. I immediately liked how my body responded to the treatment. The next day, while on a run, I noticed my knee pain wasn’t as intense. It was not gone, but had improved quite a bit. I guess my chi needed a boost.

The effects of acupuncture for athletes doesn’t just come from physical recovery. It can also ease stress and anxiety before a big race, strengthen your immune system and improve energy and endurance. With all of these benefits, it makes sense why pro athletes and sports clubs are utilizing this treatment. Would you be willing to give it a try?