We Tried It: A Workout With DePaul University’s Women’s Crew Team 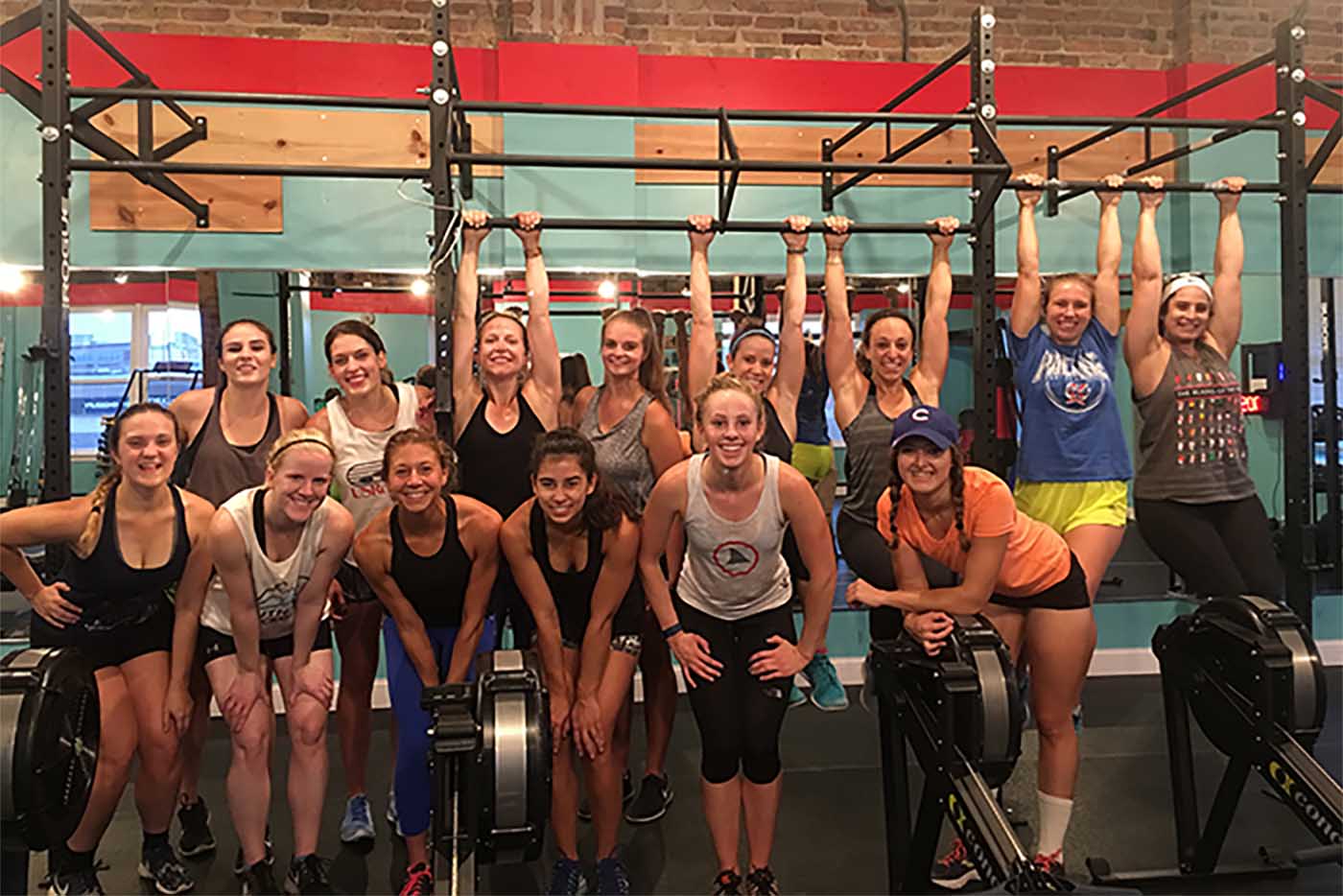 On a Friday morning, before sunrise and before any rooster anywhere made a peep, a few members of team aSweatLife converged on Goose Island CrossFit to fulfill a goal.

Any time we meet anyone from any sort of team – professional or collegiate – there comes a point in the conversation at which we say, “OK great. Can we work out with you?”

At aSweatLife, we are many things, but most of all we are gluttons for punishment.

Then we met Madeline, someone you should think about hiring when she starts looking for a real job and a beast of a college rower at DePaul University. I asked Madeline if we could work out with her crew team and she said, “Yeah, I think we could make that happen.” A quick phone call and a brief text exchange later, Madeline set up a workout for our team of writers with her team of actual athletes.

We arrived just before practice at 6 am only to find that the team had been there – for all we knew – forever getting warmed up. The dedication it takes to show up before 6 am to be warmed up when the workout starts, in college and on a Friday morning, is staggering.

Please call my college self and tell her she’s not hustling hard enough.

When the workout started, we broke into teams consisting of one writer and two rowers (for the record, a rower is a person who rows and an erg is a machine on which one rows).

From there, we learned that our workout was a relay. We’d row as hard as we could for 2 minutes, each person rowing six total times. Easy, right? What’s 12 minutes? The team members described this as a “fun” and “easy” workout, meanwhile we were happy that we got to use “#didntpuke” in our instagrams.

In those 12 minutes of effort, we all learned a few things about what it takes to be a college rower and make it through the grueling workouts they endure.

Being a real college athlete is hard work! I “played” two club sports in college (downhill skiing and 3-event water skiing) and I never got up at 6 am to work out that hard. Actually, Heck, I’m not even sure I ever elevated my heart rate outside of a competition … or got out of bed before 9 am. The women at DePaul are dedicated athletes and I have a lot of respect for a college student waking up at 5:20 am to go work out.

I didn’t learn it (we all knew it), but I’m seriously competitive. Pain has nothing on my need to win things. I don’t even need prizes. The pride of winning does a lot for me. Can more gyms throw a little competition at me pretty please?

After my first 2-minute row, I turned to one of my teammates and said, “wait, I have to do that again?” She laughed at me, “You have to do that five more times.” And it was clear that, usually, they’d be doing it even more times. I am a huge fan of erg-based classes (at Iron and Oar, Studio Three and Go Row), but I’m realizing that segments of weight lifting are basically rest time. I am intrigued to challenge myself to spend longer workouts with just the rower. But I definitely need friends because without people cheering me on I would have given up a LOT earlier!

I learned that with rowing, form is everything. I felt like I was working twice as hard as the “real” rowers, but I was way less efficient. I kept repeating “legs, core, arms” to myself, but I needed time to put it all together!

Also it was a moment of true honesty when a well-meaning college girl yelled at Cass and me, “Don’t you want to beat Jeana?!?!” to which we glanced at each other with scared eyes and shook our heads no. No thank you. Not today, ma’am.

I absolutely loved how supportive the girls were of each other. It was a flashback to high school sports days. Having someone cheering you on and pushing you to do your best makes you kick it up during such an early workout.

I’m also just amazed by their commitment. I find it hard enough to make it to two to three morning workouts each week, let alone every morning (and sometimes afternoon) on top of going to school. That kind of work ethic will do those young ladies well long after their rowing days.

I grew up dancing and, sometimes, the encouragement I received from my dancing “team” was a rather catty “oh you were the one who got the solo in that dance? That’s cool.” Feeling empowered by the women on this team who pushed me to succeed because my success meant everyone’s success, was a feeling I haven’t felt very often.

I felt charged up to rise to the challenge and intimidated to do so all at the same time as my two teammates pushed me to hit that 2-minute pace (which I almost never could maintain). Everyone from the team welcomed us and cheered us on as though we were part of their team right away – and they didn’t even know we were coming ahead of time! I couldn’t have been more impressed by this group of strong women.

There was a moment just after the relay started when one of team members was rowing and Team aSweatLife was standing, waiting to go second with our third relay teammate. Every single one of the DePaul University Crew team members crouched down and shouted encouragement, ranging from, “how bad do you want it?” to “just get your pace to ____.” into their teammate’s ear.

I never played a team sport (If we want to count a brief stint in track during which I didn’t apply myself, we can). I was in utter shock at the level of encouragement and how the coaching is spread from the top through the players. This spirit of, “we’re in this together and I want you to succeed as badly as you want to succeed,” was my jam and is exactly the kind of encouraging environment I seek to create through aSweatLife.

Maybe team aSweatLife should start every day with a rowing relay.