Can you get too much exercise? 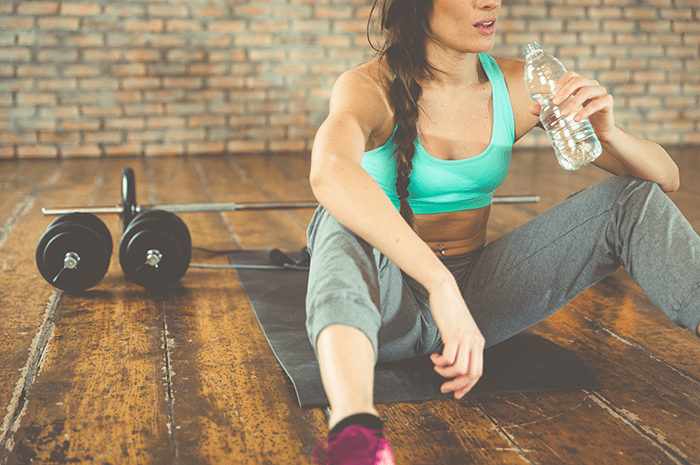 What impresses me most about the Olympic games, even more than the astonishing physical ability of the athletes, is each participant’s commitment to their respective sport. Each individual has more or less dedicated his or her life to training and competing. And with all of that hard work culminating in their qualification for the Olympics, it seems worth it. But does such intensive training take too much of a toll on their health?

While increasing your exercise beyond the minimum recommendations is encouraged for additional health benefits — such as increasing longevity and cardiovascular health, as well as warding off obesity and risk of diabetes and stroke — no upper limit exists.

Clearly, Olympic athletes and those who participate in ultra-endurance races, such as marathons or Ironman races, far exceed these recommendations, regularly pushing themselves to their physical limits. It’s how they become the very best in the world. But researchers have wondered if this level of physical activity could lead to adverse health effects down the road.

Previous studies on this topic suggested that years of strenuous training negatively affected the structure of athletes’ hearts, increasing their chances for heart-related disease and death. But a study published in the journal Circulation in May says physical changes to the heart due to exercise aren’t dangerous, according to The New York Times.

In the latest study, the hearts of about 30 males ranging from 30 to 60, including prior Olympians and those who competed in Ironman and other ultra-endurance races, were compared to the hearts of 33 other males who were considered healthy but not particularly active. After scanning both groups’ hearts, the researchers found the right ventricles in the endurance athletes’ hearts were larger, but still functioned properly, and they didn’t identify any signs of heart disease.

While this study suggests long-term strenuous training can contribute to structural changes in the heart, it does not necessarily lead to heart disease. At the same time, if you ever experience heart pain during physical activity, you should stop right away and see a doctor.

Psychological effects of “too much” exercise

For most average people, exercise is a good thing, but for a small percentage of others, exercising can become compulsive. These “obligatory athletes,” or exercise “addicts,” account for as many as 3 percent of regular gym-goers and up to 25 percent of serious runners, according to the book The Truth About Exercise Addiction: Understanding the Dark Side of Thinspiration by Katherine Schreiber and Heather Hausenblas, PhD. Some studies suggest exercise addiction has been identified in more than 52 percent of triathletes, the authors say.

Exercise addiction is defined as “a pattern of physical activity that exceeds what most fitness and medical professionals consider ‘normal,’ causes immense psychological anguish (either during, following or in anticipation of exercise), engulfs an exercise addict’s personal, professional and social life, and is experienced by the addict as difficult to control or reduce in frequency, even in the face of illness or injury,” according to the book.

Obligatory athletes see exercise as a coping mechanism, as well as a compulsion. Similar to other types of addiction, those affected experience a certain type of withdrawal when they are not able to work out as they had planned, according to the authors. The idea of taking one more days off from exercise causes anxiety, guilt, irritability, depression, fatigue and sometimes even physical aches and pains.

If someone feels anxious or depressed when they aren’t able to exercise, trades spending time with family and friends to work out, or continues to run despite injuries due to overuse, he or she could be at high risk for exercise addiction, the authors say.

Exercising regularly feels so great because it boosts our bodies’ production of endorphins — natural painkillers — while at the same time quieting anxiety and anger. What makes exercise so healthy to most people on a psychological and emotional level is precisely what renders it so addictive to some others who are at risk for compulsive behavior.

A consistent, high-intensity exercise regimen is a healthy thing for the vast majority of people, but it’s important to keep an eye on potentially unhealthy behaviors. One shouldn’t feel guilty or distressed about having to skip a day or two at the gym, especially if he or she needs to get over an injury, and exercise shouldn’t be prioritized over important social commitments.