Loose Connections — How Many Friends Do You Really Have? 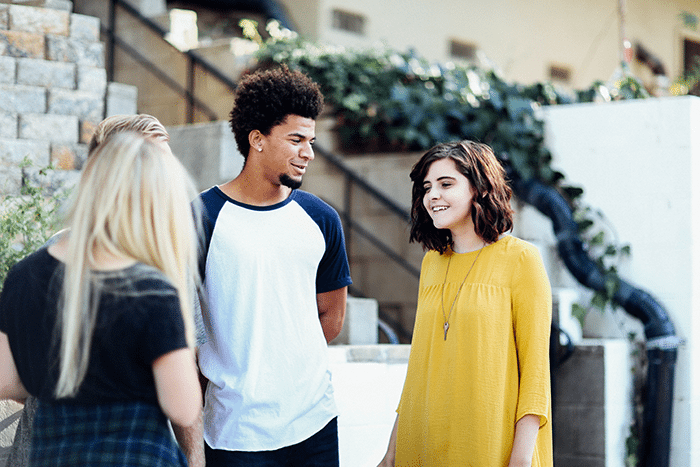 How many friends can you truly call your own? New research shows it may not be as many as you think.

As cited in recent CNN article, a group of researchers published a study on this very topic in the journal PLoS. The authors went to a classroom full of 84 undergraduate college students and handed out a survey. Each student ranked their friendship with every other student in the class on a scale of 0 to 5, with 0 being “I don’t know this person” and 5 being “This person is one of my best friends.” In addition, each individual guessed how their classmates would rate them on the friendship scale.

To be considered a “friendship,” one person had to rank another as a 3 or higher. Among all the students, the researchers identified 1,353 instances of friendship.

Most of the time — 94 percent, to be exact — the person ranking the relationship guessed that the the other person would also give a rating of at least 3. The truth? A mere 53 percent of the relationships were mutual.

On top of that, the researchers took a peek at comparable studies on friendship and found results that weren’t too unfamiliar. The studies examined groups of people of various sizes, from 82 to 3,160. In some cases, 53 percent of the friendships were mutual, but in others, only 34 percent were.

Such findings can be more than a let-down for those of us who thrive off loose connections. Perhaps you’ll be left wondering if that woman in your book club really cares about you, or if your work friends actually want to help you better yourself. And what about that old friend from college — is she just keeping you around for old time’s sake?

No matter — in the other nearly 50 percent of the cases studied by the authors, the friendship was mutual. And having such solid friends is enormously beneficial. Not only do such friends give support, but they also might help you live longer, according to WebMD. “There may be broader effects as well,” added Sheldon Cohen, PhD, a psychology professor at Pittsburgh-based Carnegie Mellon University. “Friends encourage you to take better care of yourself. And people with wider social networks are higher in self-esteem, and they feel they have more control over their lives.”

If you’re still feeling worried about that 53 percent of non-reciprocal cases, don’t get too nervous. Gretchen Rubin, author of the famed The Happiness Project, delved into tips for maintaining and improving loose connections. Among them? Utilizing social media, actually spending time together in person and not expecting friendships to form unexpectedly. Click here to read the rest of Ms. Rubin’s tips.