How to Win Friends and Influence People: What I learned from the grandfather of all self-help books 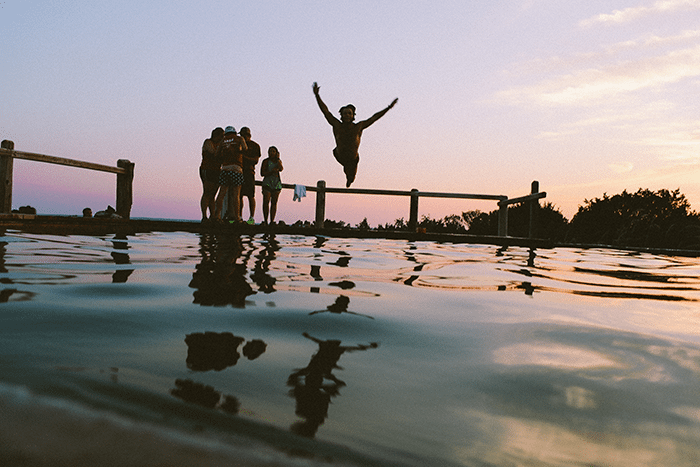 I first heard the title How to Win Friends and Influence People years ago. It struck me as rather manipulative, like something a sociopath would write. Why would someone aspire to “win” their friends? From the title alone, I assumed the book was a manual for tricking people into trusting and liking you. Well, after having read it, I found that in some ways my initial assumption was right. But not in the ill-intentioned way I thought.

Although I typically favor novels over nonfiction — in particular, self-help books — I decided to pick up How to Win Friends and see what good ol’ Dale Carnegie had to say. Carnegie, a lauded public speaker, teacher and the namesake of Dale Carnegie Training solutions, published the book in 1937. And as I read, it became clear why the book has maintained its standing as one of the top-selling self-help books of all time.

The book can be boiled down into this essential idea: If a person desires to be liked, respected and trusted, they must actively and genuinely display kindness, respect, interest, compassion and trust in others.

Or, even more succinctly: Treat others how you would like them to treat you.

Basically, what we learned on the first day of kindergarten — the “golden rule.” Be a good person and people will like you. You may think you don’t need to read a whole book on this, but I truly believe every person can benefit from it immeasurably. I seriously think the world would be a much better place if every human being read How to Win Friends and Influence People.

The book is organized into parts and chapters that discuss various principles. For instance, Part I is called “Fundamental techniques in handling people,” and the principles explained include: “Don’t criticize, condemn or complain;” “Give honest and sincere appreciation;” and “Arouse in the other person an eager want.”

According to Carnegie, all humans have the same innate tendencies and desires. We are all self-interested, we all have pride that we seek to protect and we all desire to feel important. So when a person receives harsh criticism or is the subject of a complaint, the natural instinctive reaction is to be defensive, and to continue the behavior/action/attitude even further because now pride is on the line. The only effective way to get someone to change or do something you want is to talk to them in a way that enables them to maintain their sense of importance and value, and also to realize they want to change as well.

“Any fool can criticize, complain, and condemn — and most fools do,” he writes. “But it takes character and self-control to be understanding and forgiving.”

Another important point Carnegie makes in his book is the importance of showing people you are interested in them. This is a sure way to “win” friends. Especially when you are meeting someone new — whether with friends, professional networking or building new relationships at work — speaking in terms of the other person’s interest will immediately get them talking, paying attention to you and, ultimately, like you. This requires doing some homework on your end, but these deeper conversations will ultimately produce more meaningful relationships. Other tips Carnegie gives along these lines include smiling, remembering the names of people you meet and being a good listener.

“The difference between appreciation and flattery?” Carnegie wrote. “That is simple. One is sincere and the other insincere. One comes from the heart out; the other from the teeth out. One is unselfish; the other selfish. One is universally admired; the other universally condemned.”

Doing these things at the outset of a relationship will help you make positive first impressions, but ingraining them into your behavior will make you a nicer person.

The point of the book isn’t to tell people that they should never argue, complain or call out other people’s wrongdoings or negative beliefs. And of course, one should always speak out against immoral or destructive behavior. Carnegie merely presents the argument that when dealing with average people on a daily basis, certain approaches work and others do not. Unfortunately, most people have a propensity to argue, complain and talk incessantly about themselves. No one wants to listen to that. If you want to communicate effectively with people, there are better tactics.

“The world is full of people who are grabbing and self-seeking,” wrote Carnegie. “So the rare individual who unselfishly tries to serve others has an enormous advantage.”