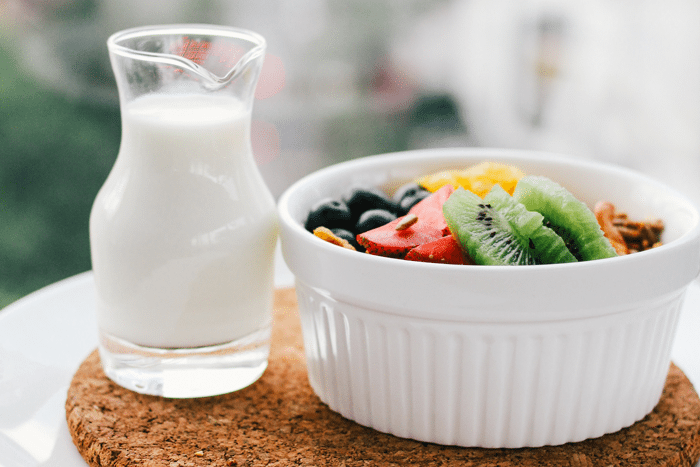 Growing up in the 90’s there was a lot of hype about bone health and getting enough Vitamin D. Keeping up on your calcium intake was instantly made cool by the classic “Got Milk?” ads – if Jennifer Aniston, The Simpsons and MK&A were all saying milk was “in,” there was really no denying it.

However, with the rise of allergies and sensitivities, milk stopped being a go-to healthy option and bone health faded into the background. Well, just like the Disney Channel Original movies, we were doing some things right in the ’90s and early 2000s and caring about bones was one of them. Osteoporosis, which is defined by William Kraemer, PhD, as, “low bone mass, reduced bone mineral density, and an increased susceptibility to fractures, primarily in the hip, spine, and wrist,” is a scary and unfortunately common condition in women that still warrants high awareness.

As people who spend a lot of time on our feet, whether running, dancing or squatting, I knew aSweatLife readers needed to maintain their strength. So to get the scoop, I spoke with an Orthopaedic Nurse, Kelly Gleason, RN, PhD Candidate, on the important role bones play in our overall health and how we can keep them strong.

Why are bones important?

This is obvious, but having low bone mass results in a higher likelihood of broken bones. Broken bones mean less time on the trail and more time in the doctor’s office, a place athletes don’t often like to find themselves.

Who is most likely to suffer from low bone density?

Women are; due to their smaller frames they have less bone mass to draw from. Those with low body weight are also at higher risk due to similar reasons, mainly less bone mass, and add this to the list of the negative impact of smoking. The elderly are often diagnosed with Osteoporosis because after the age of 30 most people start to lose slightly more bone than they gain during the natural consistent process of breaking down and building new bones.

So if Osteoporosis is mostly for older people, why should we care now?

The healthier your bones are now, the better off you’ll be when you’re older. It is important to build-up your bone “bank” so as your bones start to lose strength as you age, they are starting from the best point possible. Also, even though Osteoporosis is most common in the elderly, if you do not have the proper nutrients the symptoms of bone fractures could be a serious threat to you now.

How do you strengthen your bones?

Have the appropriate amount of calcium in your diet. If you are lactose intolerant, do not fret, milk is not the only way to get this important nutrient. In fact, a lot of foods you already eat may be friendly such as: dark leafy greens (think Kale and Broccoli), figs, almonds and seafood. Weight bearing exercises, such as dancing, hiking, lifting weights, running or jumping rope, just to name a few, help build bones a keep them strong – so aSweatLife readers, we’re on the right track!

I know we have a lot to focus on in our diets these days, but making small changes to make sure our bones are strong is a benefit that will last a lifetime.

1 thought on “Keeping Your Bones Strong”