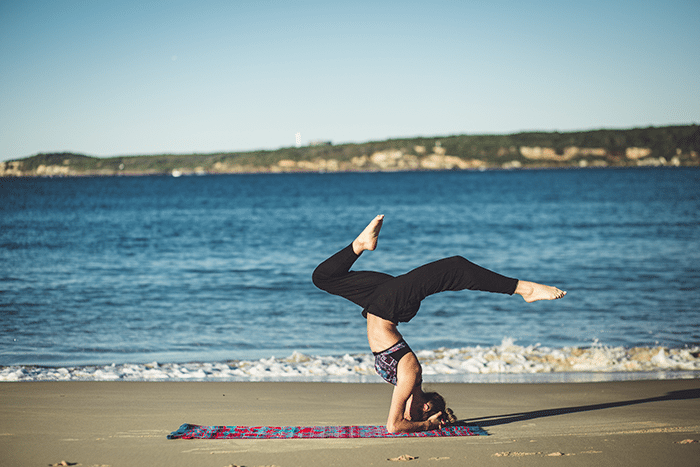 There are few feelings I find more enjoyable than sprawling out and soaking up the sun. Whether I’m on a vacation somewhere warm or taking advantage of Chicago’s beautiful summers, I never miss an opportunity to get my vitamin D fix.

But the sun, as we all know, can be dangerous. The biggest threat the sun poses is skin cancer. While not all cases of skin cancer can be attributed to damage from the sun, there is a proven link between the two. According to research from the Skin Cancer Foundation, about 90 percent of nonmelanoma skin cancers are associated with exposure to ultraviolet radiation from the sun.

Skin cancer: Breaking down the facts

Melanoma skin cancer is less common but more aggressive than nomelanoma. It originates in melanocytes-the cells in the skin, which produce pigment or melanin. It can start on any part of the skin, even areas that aren’t typically exposed to sunlight. Like nonmelanoma skin cancer, melanoma can also be cured if found and treated in the very early stages, but it is more likely to grow and travel to other parts of the body, making it much harder to treat.

Other damaging effects of the sun

Protecting your skin from sun damage is both cumulative and permanent, according to research from the Cleveland Clinic. So even after visible damage from the sun — such as a sunburn — heals, the effects continue to add up over time.

“Those skin cells remember when they’ve been repeatedly damaged and healed,” said Amy Kassouf, MD, a dermatologist with the Cleveland Clinic. “Eventually, the skin cells no longer can repair themselves from all the damage they’ve incurred.”

According to Dr. Kassouf, even if someone decides later in life to avoid excessive sun exposure, previous damage from UV rays can make them vulnerable to developing cancer. Past damage to skin cells is irreversible.

In addition to increasing risk for getting skin cancer, damage caused by exposure to sunlight can cause a variety of other irreparable issues.

Over time, UV light from the sun damages elastin, a type of fiber in the skin. When these fibers are degraded by the sun, the skin begins to sag, stretch and lose its ability to go back into place after stretching, according to the Cleveland Clinic. Damaged skin also bruises and tears more easily, and takes longer to heal. Too much exposure to the sun also causes dark spots and wrinkles. And while damage to your skin may not appear when you’re young, the effects will likely become apparent later in life, according to the Cleveland Clinic.

Despite the potential danger the sun poses, the solution isn’t necessarily staying indoors all summer, avoiding warm weather vacations or covering up from head to toe when outside. It’s just not realistic or practical, especially for those of us who crave outdoor runs, hikes, swims and other activities. Or for anyone who finally gets to experience warm weather after being forced to endure the cruel and unusual punishment commonly referred to as “winter in the Windy City.”

So what to do?

The easiest and most important thing we can do to protect ourselves from the sun is wear sunscreen. Here are some sunscreen best practices.

1. Make putting on sunscreen part of your daily routine. Look for moisturizers, lip balm and makeup with SPF. It’s a good thing to get into the habit of using these products the whole year round, but especially in the spring and summer when the sun’s rays are more intense. But don’t overlook the possibility of getting burned in the winter, especially if you’re doing winter sports, such as skiing or snowboarding.

2. Cover other parts of your body — neck, chest, arms, hands, legs, ears, tops of feet, exposed scalp, etc. — with sunscreen. A recent Consumer Reports study of different sunscreen products found those with a label of SPF greater than 100 had insignificant additional benefits compared to those labeled SPF 50. Study authors recommended using sunscreens with at least SPF 40.

3. Keep your eye on the clock. Sunscreen is most effective if it is applied at least 15 minutes before going outside, and you should reapply it every two, even when you aren’t just basking in the sun. You may not necessarily feel as hot running errands or sitting at an outdoor restaurant, but if you’re in the sun, you’ll eventually need to reapply.

4. Avoid the sprays. Health officials and researchers are wary of spray-on sunscreens for a variety of reasons. “You have to be careful with spray because you can inhale them and it’s also hard to get a complete coverage,” Trisha Calvo, Consumer Reports’ deputy content editor of health and food told CBS This Morning. “You don’t get the protection if you don’t… use enough, if you don’t reapply often enough.” Ultimately, Consumer Reports recommends the sprays be used only as “last resort,” according to CBS.

5. Don’t worry about waterproof. Based on Consumer Reports’ study, waterproof sunscreen is a marketing gimmick, and “no such product exists.” After testing multiple sunscreens that claim to be waterproof against those that do not, researchers found no difference in SPF performance.

6. Look for sunscreens with the active ingredient avobenzone. Compared with natural ingredients, such as minerals titanium dioxide and zinc oxide, products with synthetic chemicals like avobenzone were more effective.

7. Cover up with clothing. Opt for T-shirts that cover your shoulders, back and chest instead of tank tops or just sports bras when working out outside. Wear hats and sunglasses to protect your scalp and eyes. And, most importantly, if you feel like you are getting burned, you are! It’s time to go inside or put on some more layers.

Take the necessary steps to protect your skin. Your future self will thank you.