Healthy Book of the Month: Here Comes Everybody 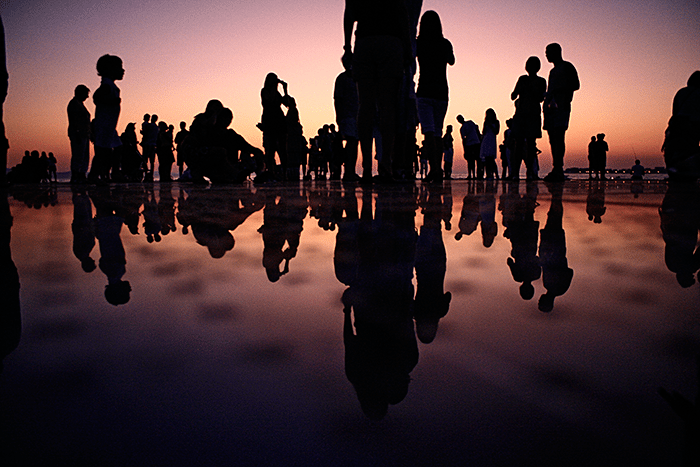 What would you do if you left your phone in the backseat of a cab? Chances are you’d use a “find my phone” service and have it back in no time. But what if the year was 2006?

That’s what happened to a young woman named Ivanna in New York City. She left her Sidekick phone in the back of a cab and enlisted the help of her friend Evan, a programmer in the financial industry. Because her phone company stored her information and transferred it to the new phone she purchased, Ivanna was able to discover that a woman named Sasha had found her phone and was using it as her own.

When Evan emailed Sasha asking for Ivanna’s phone back, Sasha refused. So Evan enlisted the help of — well, everybody to get the Sidekick back. Not only did he talk to his friends about the situation, but he also created a web page called “StolenSidekick.” Evan and his friends forwarded the page around the Internet, and before long, a police officer got involved and told Evan how to file a police claim.

Long story short, in the span of 10 days, this “everybody” — partially comprised of Evan and Ivanna’s friends, but mostly made up of complete strangers — got Ivanna her phone back. The police arrested Sasha, and Evan and Ivanna declined to press charges because the most important problem had been solved: Ivanna had her Sidekick again.

This real-world story of Ivanna’s Sidekick is how Clay Shirky’s 2008 book Here Comes Everybody begins. Although the book — which focuses on the power of groups — highlights how communities utilize societal changes and technology, it’s also insightful on an individual level.

Chances are you’re part of some kind of group or community, whether it’s composed of your coworkers, your neighbors or people who share your passion for something. Maybe it’s dodgeball, and you all get together to play every Tuesday evening. Or maybe it’s a collection of moms who, like you, stay at home with their kids. Whatever it is, you have your own social network.

But did you realize your network is larger than you think? Social networks are structured in a unique way. According to Mr. Shirky, they’re “held together not by the bulk of people with hundreds of connections but by the few people with tens of thousands.” In other words, “a few people account for a wildly disproportionate amount of the overall connectivity.” These few people, who Malcolm Gladwell calls “connectors” in his book The Tipping Point, do most of the linking between groups of individuals.

Once you understand the broadness of networks, you can make nearly anything happen (with a little good luck and planning, that is). Perhaps, like a group of young people in the repressive country of Belarus, you can create an ice cream mob. To protest their government’s actions in 2006, one Belarusian blogger organized a peaceful flash mob. Through the Internet and various social networks, other citizens found out about the idea. On the planned date, the mob of people gathered in a city square, walked around, smiled at each other and ate ice cream. When police arrested some of the protestors, bloggers took pictures and posted them online, thereby spreading the need for social change in Belarus.

Technology and social networks can help bring about change, but be aware: “[S]ocial tools don’t create collective action — they merely remove the obstacles to it,” according to Mr. Shirky. Still, the power of everybody is undeniable. And it’s only gotten easier since the publication of Here Comes Everybody in 2008. Social media and networking sites like LinkedIn, Twitter, Facebook, Instagram and Tinder have made it simpler than ever to meet new people.

If you’re looking for an insightful read on a thought-provoking topic, look no further than Clay Shirky’s Here Comes Everybody. It’ll give you a new awareness of the power of social media, networks and connecting with — well, everybody.