Don’t be a Cool Girl 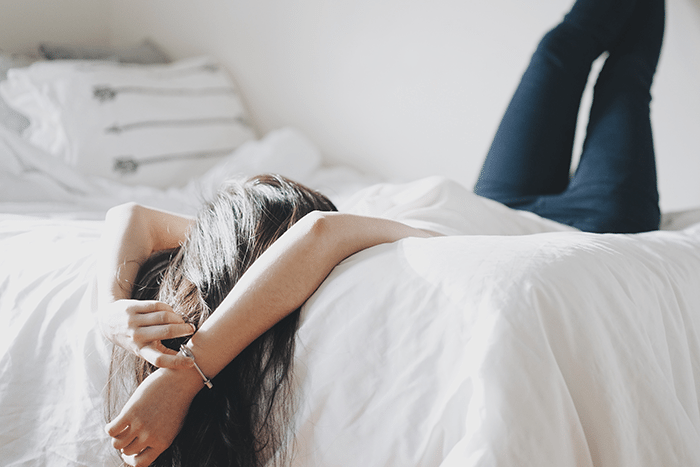 I’ve come to the frightening realization that I have something in common with seemingly every female who has faced the emotional turbulence of being single at some point in her twenties. That something is this: at one point or another, I’ve sacrificed my mental health over someone because I was trying to act “cool.”

Cool Girl: (noun) someone who acts indifferent towards a relationship instead of speaking her mind in order to appear like she is easy to get along with and has everything under control.

Used in a sentence: The cool girl knows that her emotional state is a small price to pay in order to avoid being called the-C-word-that-shall-not-be-named (crazy).

The cool girl hides her feelings behind remarks like, “He just doesn’t want to put a label on it. You know, it’s just too much pressure. I get it.” But the cool girl doesn’t really know if she gets it. The cool girl is perpetually unsure if she is actually a composed person in control of her situation or just a doormat.

Until one day, the cool girl exposes herself. The avoidable anxiety, the lack of communication, the bottled up emotions all finally get the best of her. She screams, “I value honesty and communication! I want to voice my opinions and not be called crazy! I am woman, HEAR ME ROAR, DAMNIT.”

I never thought I would be trapped by the allure of her. I even shocked myself the first time I uttered the words, “we’re just …hanging out, I guess.” Was that really my voice? Or was the that voice of someone unknown, a distant version of a girl like me?

Yet, at some point, over some dumb boy (isn’t it always?), I found myself in an ambiguous grey area.

Instead of finding my voice and the strength to leave my new-found situation, I settled in the crux of it and pretended to find comfort in its chaos.

If you’ve never been a cool girl before, it’s not all it’s cracked up to be. It’s surely not as grand as you convince yourself it will be. Please note the surgeon general warning: not suitable for humans who have feelings.

Of course, at some level, we know all of this already. Perhaps it is something that we all tend to experience for ourselves, like children who learn to avoid touching the hot stove only after being burned. We gather around to trade our battle scars and stories once we have one to contribute.

Sometimes, I still find it difficult to look back on the cool girl badge I once wore plainly. I am not proud of that girl; I am not ashamed, either. I learned a lot from her; I am her, and I am no longer her.

Ex-cool girls must band together. I was her once. Maybe you were too? I welcome new members to the club with open arms. I teach them how to be independent and strong again, like I did, like we all did. We won’t make this mistake again. We will not be cool, and we will not be alone.