Get Buzzed: How Caffeine Affects Your Workout 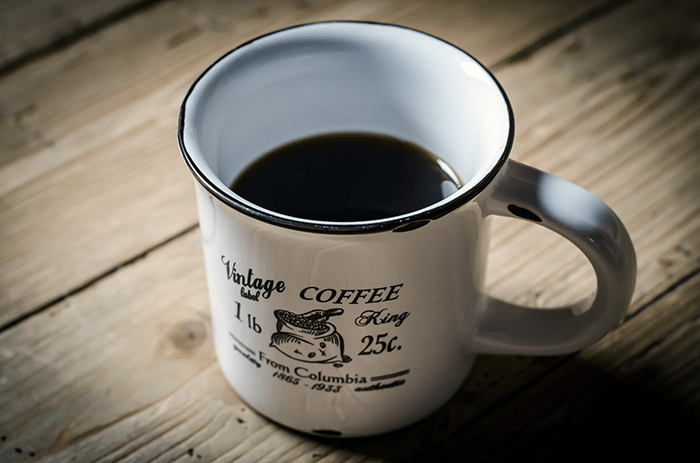 The phrase, “But first, coffee,” that has been plastered on T-shirts, coffee mugs and posters is more than a funny quip to me. It’s quite literally my personal motto. Since high school, I have been an avid coffee drinker. As a working woman, I drink anywhere between two and four cups a day, taking full advantage of the free fuel my company offers.

I often think about what my life would be like if coffee didn’t exist. (I also think this about wine, but that’s a discussion for another time.) While I am a pretty energetic person, I definitely depend on caffeine to power me through the mornings, as well as the 3 pm slump. When I plan on hitting the gym after work, I’ll have an extra cup around 4 pm to kick-start my workout.

I’m not alone in my caffeine consumption. According to research from Rice University, 75 percent of American adults drink coffee on a regular basis. Around the world, caffeine is the most widely used stimulant, usually ingested in the form of coffee, tea, soft drinks, chocolate and nonprescription stimulant supplements. The average amount of coffee consumed per day per coffee drinker is two cups. I know — I’m an over-achiever.

Caffeine is often called a nutritional ergogenic acid, though it has no nutritional value, according to the American College of Sports Medicine. “Ergogenic” is used to describe something that is intended to enhance physical performance, stamina or recovery. After it is ingested, caffeine is absorbed through the stomach and reaches its highest levels in the blood in one to two hours. It can affect all systems in the body, as it is absorbed by most tissue, according to the report.

The mechanics of caffeine in the body

Research intended to determine the way caffeine affects exercise metabolism has been disputed since the 1970s. Some data are conflicting, due in part to variance in the design of experimental studies and what methods were used, according to Mark A. Jenkins, MD, of Rice University. However, researchers generally agree caffeine does not appear to benefit short-term, high-intensity exercise, but it can enhance performance in an endurance sports.

Muscles’ primary fuel is glycogen, and muscle exhaustion occurs when glycogen is depleted, according to Dr. Jenkins. Fat is a secondary fuel for muscles. As long as glycogen stores are maintained, muscles can utilize fat. When caffeine is ingested, it stimulates the release of fat stores and encourages working muscles to use it as fuel, ultimately delaying the depletion of muscle glycogen and allowing an individual to prolong his or her workout.

Caffeine has been shown to decrease glycogen utilization by up to 50 percent during the first 15 minutes of exercise, according to Dr. Jenkins. Sparing glycogen at the beginning of a workout essentially enables the muscles to save it for later during exercise. Although the exact way caffeine causes glycogen sparing is unclear, this effect has occurred in all human studies where muscle glycogen levels were measured, according to Dr. Jenkins.

Ingesting 3 to 9 milligrams of caffeine per kilogram of body weight about one hour before exercise leads to measurable increases in endurance, according to the ACSM. To put this in perspective, 3 mgs of caffeine can be found in one mug or two regular size cups of coffee.

Most studies measuring caffeine’s impact on physical endurance involved testing of approximately two hours, so there is not much information on how the stimulant affects athletes during ultra-endurance races, like a marathon or triathlon. However, Dr. Jenkins suggests taking caffeine before a race could still be beneficial, because “the longer the race, the more important fat is as a fuel.”

At the same time, it’s important for runners and other endurance athletes to be aware of signs of dehydration. Exercising alone carries a risk for dehydration, and caffeine is a mild diuretic, which can exacerbate these effects. If an athlete ingests caffeine before running a race, for example, but doesn’t stay hydrated throughout, symptoms of dehydration hastened by caffeine can actually decrease performance.

Although caffeine is widely consumed through coffee and supplements for athletes, it is important to be aware of potential side effects, and know that the stimulant affects everyone differently. Differences in metabolism, diet and frequency of consumption all impact how an individual will react to caffeine, according to Dr. Jenkins. Additionally, taking too much caffeine, especially in the evening, can affect your circadian rhythm and impair sleep, which could negatively impact athletic performance.

People should approach caffeine — especially in the form of supplements — with caution. It’s a stimulant, and taking too much can have negative effects. Even someone in a committed relationship with coffee can get behind a conservative approach to caffeine.

1 thought on “Get Buzzed: How Caffeine Affects Your Workout”