The Beginner’s Guide to Olympic Weightlifting

Someone recently told me that they were surprised at how strong I am because I don’t look “huge.”

I felt a little torn. Being complimented on my strength is one of the highest forms of flattery I can receive. However, it also reminded me of how frequently I have heard the words “that barbell stuff just isn’t for me” in the context of Olympic weightlifting. 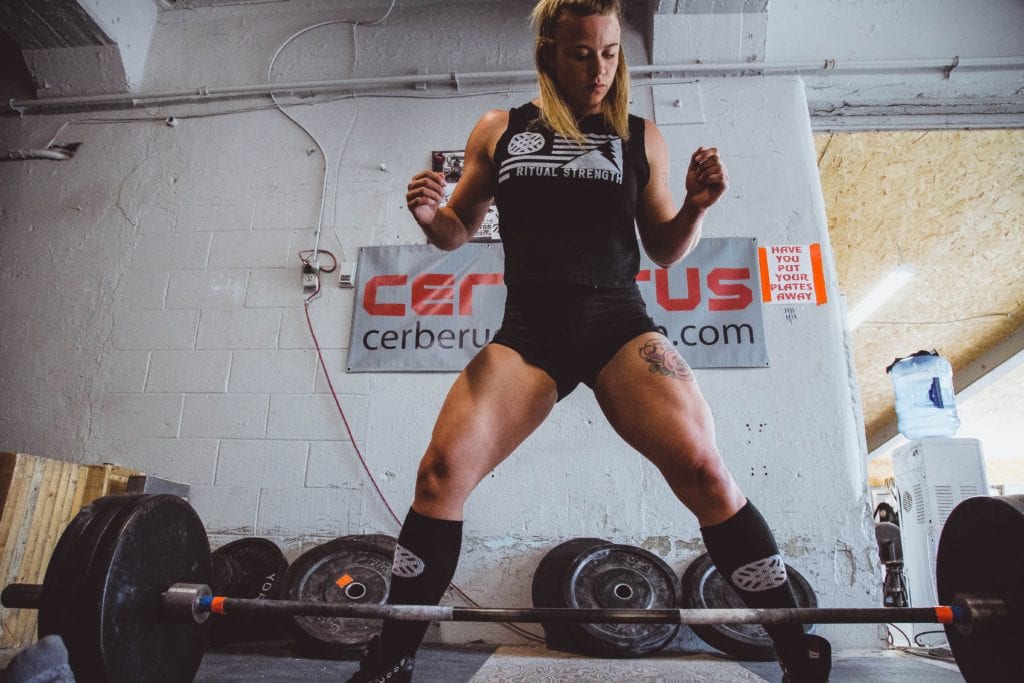 Maybe that barbell stuff isn’t for you; maybe you learned how to do it but didn’t see it add any value to your life. I completely understand if that’s the case. However, I think that many people are discouraged from ever trying Olympic weightlifting because there isn’t a lot of available information on what it is, why people do it, and how to get better. So here’s a quick guide to what Olympic weightlifting is, why I love it, and how you can get started.

What is Olympic weightlifting?

Olympic lifting is a style of weightlifting that has been contested at the Olympic Games since 1896. Two lifts are tested including the Snatch and the Clean & Jerk with the ultimate goal of moving the heaviest weight from the ground to overhead. Olympic lifting competitions are divided into weight categories; eight different weight categories exist for men and seven exist for women. Competitors are awarded for lifting the greatest weight in their category for the individual lifts as well as the total of the two.

So I’m not trying to go to the Olympics, why should I try this?

I’ll give you two big reasons. The first is more scientific; the skills and strength you acquire from training the Olympic lifts are transferable to other aspects of your life. The second is more emotive; Olympic lifting allows you to prove your capabilities and strength to yourself, regardless of your size or appearance.

Studies demonstrate how Olympic weightlifting can be used as a tool to decrease resting heart rate and body fat percentage. Other work has been done to show how Olympic weightlifting can improve power and vertical jump capabilities. In fact, these lifts are used frequently by collegiate strength and conditioning coaches for athlete training, and they have a lower injury risk than most sports.

I’m a big fan of making research informed statements and decisions. However, I would be guilty of selection bias if I didn’t also say that a lot of other methods of strength training can give you these same benefits—so choose the method that appeals most to you.

So why am I personally so drawn to Olympic weightlifting? For reason number two. Olympic weightlifting doesn’t care what you look like. The only reason your weight matters is because from a leverage standpoint, the more you weigh, the more potential you have to lift greater weights. The focus of training the Olympic lifts is not to reach an aesthetic goal, but rather to become technically more proficient and stronger. Training with this mindset helped me to overcome my disordered eating, and it continues to help me adjust my perceptions of my body image.

How and where do I get started?

If you are curious about learning how to lift and you live in the Chicago area, I suggest contacting a CrossFit gym and ask if there is a program for learning the Olympic lifts or if a coach who specializes in weightlifting available for personal training. If you know of any coaches or gyms that specialize in Olympic weightlifting, I would contact them directly. Once you have the ability to perform the lifts safely, you can train them at any gym with the correct barbells and lifting platform—but having a coach watch you and correct your form is crucial as you begin to practice lifts and develop habits, especially if you want to avoid injury or overtraining.

As a CrossFit and weightlifting coach, I fully realize just how intimidating it is to walk into a gym full of fit people who have been moving barbells for years. I’m here to tell you that there are no prerequisites to Olympic weightlifting. You don’t have to be at a certain fitness or strength level to start—just be open to trying something new, lifting something heavy, and maybe, just maybe, surprising yourself along the way.