This Is What to Eat the Day of a Marathon

Never is it truer that breakfast is the most important meal of the day than marathon morning. The right pre-race chow can leave you feeling comfortably satisfied and energized enough to tackle 26.2 miles. The wrong pick: it could lead to a mid-course collapse or — worst-case scenario — race-altering GI distress.

With the meat of fall marathon season fast approaching — and my own appearance in NYC’s November event — I asked three pros to share their best tips for getting a running start on race day.

Be an early bird.

Even if your competition has a pre-dawn start time, you’ll want to rise early enough to eat at least three hours before the gun goes off. That timeline ensures you’ll get adequate sleep, says running coach and nutritionist Matt Fitzgerald, “but still gives you enough time to digest and absorb your breakfast before you start running.”

If you’ll be toeing the line later in the day (we’re looking at you, NYC and Boston), you can fuel up twice, eating again one-to-two hours before racing. However, cautions, dietitian Monique Ryan, author of Sports Nutrition for Endurance Athletes, “Fuel carefully.” Her ideal snack is a bit lighter, roughly 30-50 grams of carbohydrates in the form of an energy gel or bar. 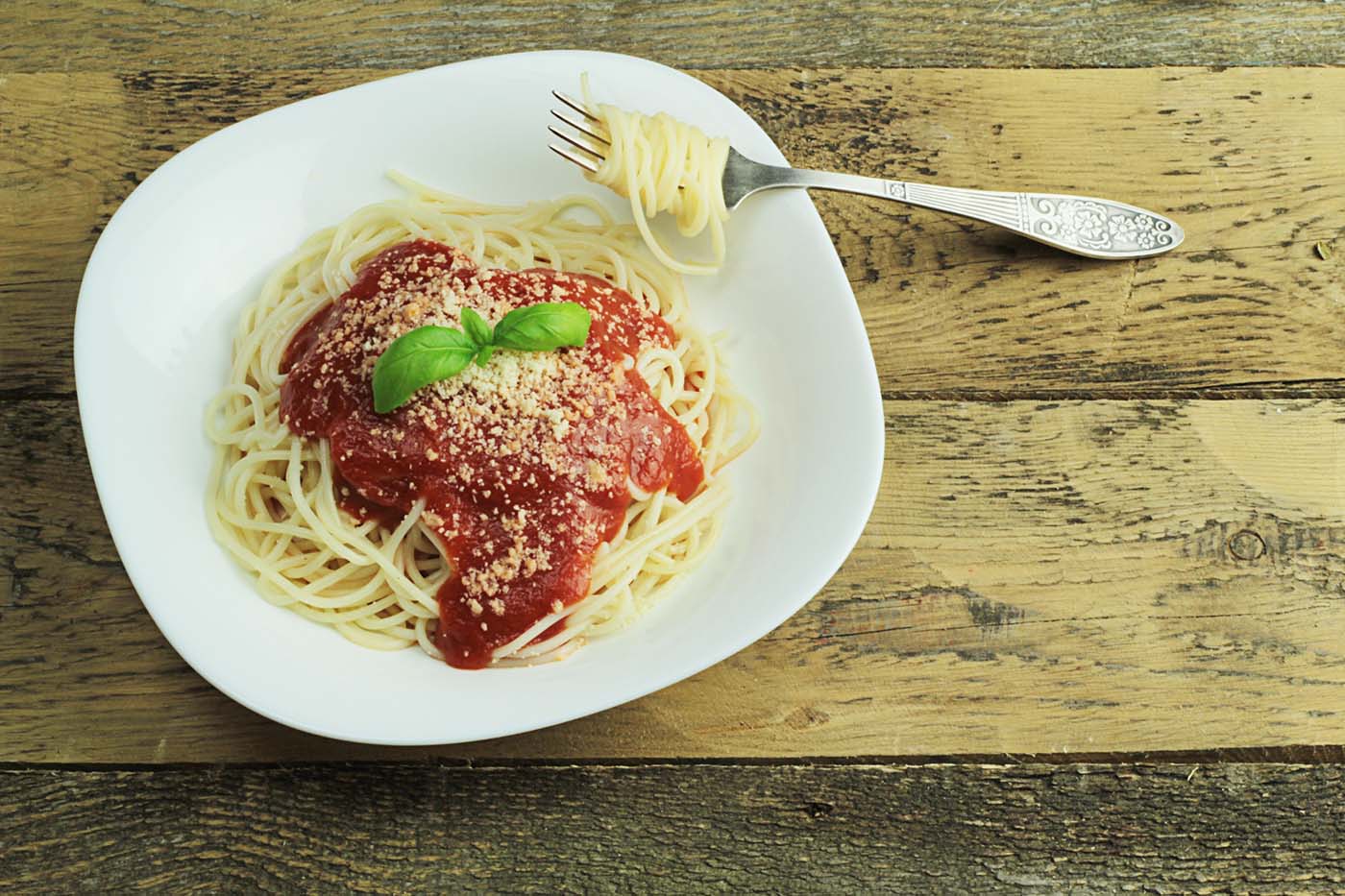 Carbohydrates, which your body stores in muscles and the liver, are going to power you through the finish line, notes Fitzgerald. While your body also burns fat during cardio, explains the author of 80/20 Running, “you kind of have an exhaustible supply while carbs are more limited.” When you wake up in the morning, he notes, your nervous system has been running on your stored carbs all night, leaving your liver somewhat depleted, “so you want to top that off with a carbohydrate-focused breakfast.” He suggests aiming for roughly 100 grams — about 400 calories — of carbs. (Smart options include a half a bagel with peanut butter, some jam or an egg, oatmeal with honey, bananas or applesauce.)

But if that’s too much to stomach, it’s okay to cut back, says dietitian Lauren Antonucci, a board-certified specialist in sports nutrition. “If I tell someone they need the full bagel and at a half, they’re feeling really full,” she says, “I would rather them wait an hour to see if they can eat the other half.”

Yes, it’s generally smart for well-balanced diet. But on race day high-fiber foods can lead to GI distress. And because the nutrient, along with fat, can take a long time to digest, “it slows the absorption of carbs into your system,” says Antonucci, director of Nutrition Energy. “So that means your muscles won’t have access to those carbs and it delays your energy.” She advises filling up with “basic, easy-to-digest” cereals such as Cheerios, Rice Krispies or Shredded Wheat with almond milk or reaching for pancakes or leftover rice: “We want to keep it low-fat, low-fiber.”

While you definitely want to be hydrated for your run (Antonucci recommends taking in 12-16 ounces of fluid in the four hours leading up to the start), don’t overdo it, cautions Fitzgerald. “Humans aren’t camels and we can’t store extra water,” he says. “So if you’re already normally hydrated and you try to drink more, all you’re going to do is increase the number of bathroom trips you have to take.” A good test he says, “If you have to urinate before you leave your home or hotel, you’re in good shape.”

While Antonucci knows one Olympic triathlete who scarfs down beans with tortillas and eggs pre-race, “for most of us, that’s not our best choice on race morning.” To find what works for you, she suggests playing around with breakfasts before your long training runs: “You want to go through and say, ‘Oh, I ate that half a bagel with peanut butter and it sat really well.’ Or, ‘You know what, it didn’t sit that well. I tried the egg and it felt much better to me.’ Or, ‘The shredded wheat was my best option of the three.’”

While racing, you’ll need to take in fluid, carbs and sodium. For most people, says Ryan, owner of Personal Nutrition Designs, you can get all of that through sports drinks but other runners may prefer to stick to water and add in another carb, such as a gel or chew, every 45 minutes. Whatever your choice (this is another thing you want to practice during training), you want to aim for 60 grams of carbs per hour and try to hydrate at every aid station. Just take care not to guzzle more than your body is telling you it can handle, says Fitzgerald: “A lot of the GI problems that marathoners experience are from trying to force down more fluid than their body is absorbing.”

Think outside the package.

If gels, chews or other sports foods don’t sit well, play around to find something that you can tolerate mid-run. Noting he knows one racer who carries a container of mashed potatoes during a race, Fitzgerald recommends getting creative. “Start with the obvious stuff,” he says, “and if that doesn’t work, try different products, take in a little less or play with the schedule.”

Sodium is another important nutrient to take in through the course of 26.2 miles. While there is some in sports drinks, Antonucci likes her clients to actually eat salt — one packet between miles 10 and 12 and another between 18 and 20. “I want them to actually taste the salt on their tongue,” she says. “It kind of gives you that feedback as to, ‘Wow, it tasted good, I needed it,’ or, ‘I took it, I’m not sure how it tasted, I guess it was fine,’ Or, if it tasted horrible and metallic, then you don’t need it, throw it out.”

Once you have that medal around your neck, the most crucial activity (besides snapping a victory selfie) is rehydrating, says Antonucci: “You want to get in some fluid and some salt.” If your post-race bag comes with a recovery drink, try sipping that or treat yourself with your favorite latte or some salt-laced soup. Even if eating is the last thing you feel like doing, says the pro, you should try to stomach it, “because that probably means it’s the most important thing you can do.”