This Is How You Should Train For a Marathon

It never really gets easier. This November I will attempt my 10th marathon – my fourth in New York City, where I live – and I imagine it will go a bit like the previous nine. 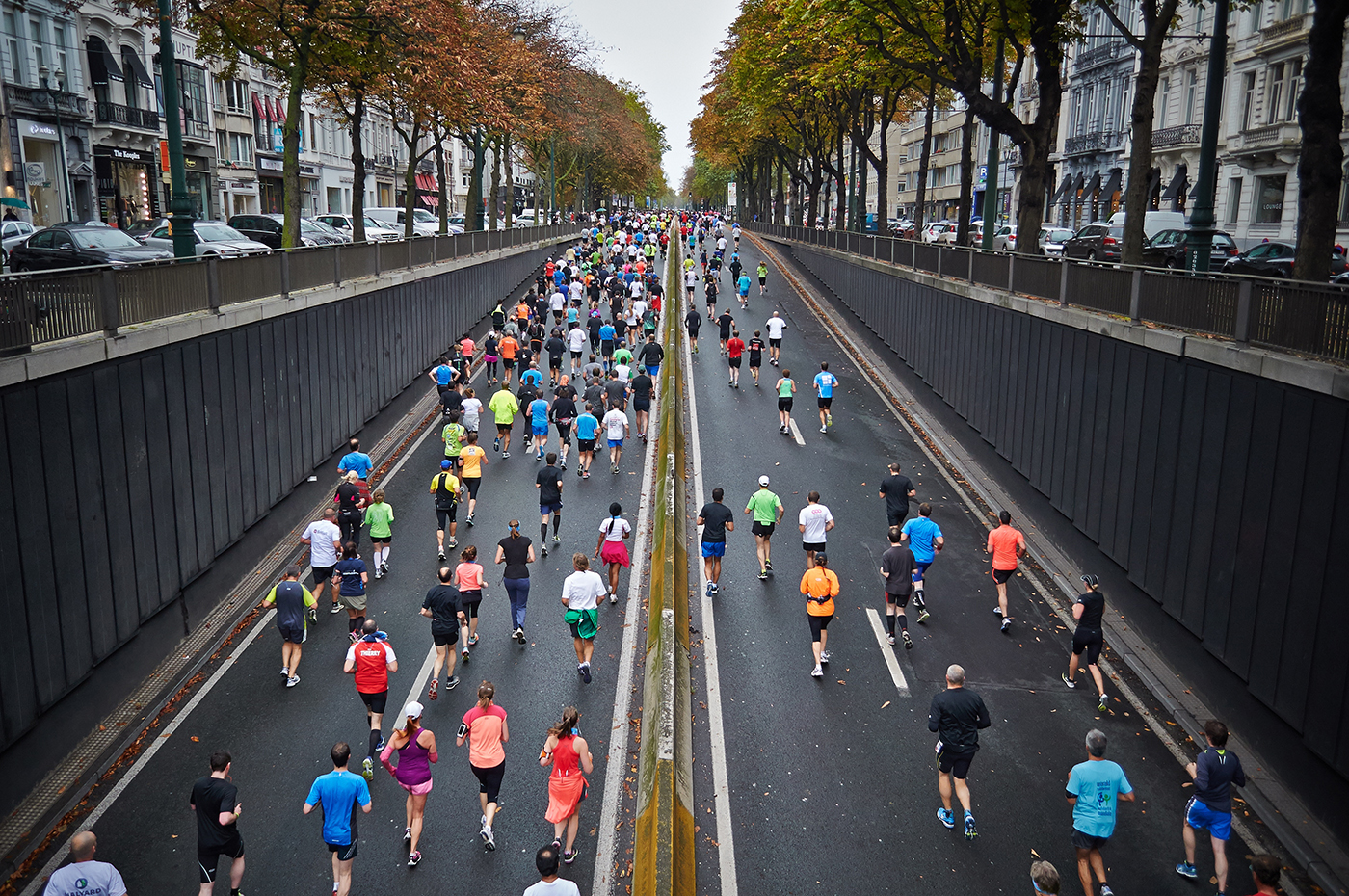 I’ll start off fairly strong thanks to my pre-race bagel-and-peanut butter, a carefully cultivated playlist, crowd support and 18 weeks of logging seemingly endless miles. But sometime between miles 18 and 23 (or mile eight as it was the one time I foolishly ran a race in 80-plus degree Texas heat) I’ll start to lose steam. And while I know that I will push myself to the finish line through a combination of short walking breaks and sheer stubbornness, I’m likely to once again fall short of my four-hour goal.

So this year, as I ordered a new pair of Asics sneaks and searched the Internet for marathon training guides, I realized it was time to try a new tack. I decided to speak with coach and nutritionist Matt Fitzgerald, who’s spent the past 16 years guiding runners, to find out what mistakes I might be making. Turns out there were a few. Here’s what the author of 80/20 Running and The Endurance Diet told me I needed to do to really go the distance.

Realize the long run isn’t everything.

The idea of actually slogging through 26.2 miles can sound so daunting “that most people really just focus on the long run,” says Fitzgerald.

And while getting those lengthy jogs in is key – he recommends running at least a few 16-milers and ideally getting up to 20, 22 or 24 miles – the number of total miles you log each week is more important. Explains the pro, “Let’s say you do a program where your longest run is 20 miles and the total amount of running you do that week is 35. You’ll actually get better results if you build up to a long run of only 16 miles, but there are 40 total miles in that week.”

Get the right mix.

Fitzgerald advises dividing that weekly mileage up between five or six runs: two easier, shorter jogs, two longer runs and two days of speed work. “One day could be high intensity intervals,” he says, “and another could be a tempo run where you warm up, sustain a challenging, but not too challenging steady pace for 15 to 25 minutes, then cool down.”

This tip was the most surprising (and welcoming!) to hear. Fitzgerald says the “single biggest mistake” he sees runners make is going too hard on their easy runs. “Every single run they do is a little hard and that tends to build up,” he explains. “It digs this hole of fatigue where it’s almost like being chronically under slept.” The pro says that 80 percent of your running each week should be at an easy, not moderate, pace. I tried it out with my first official training running, telling my husband we needed to really focus on running slower than our goal marathon pace. It took us roughly two minutes longer than usual to finish a three-mile jog, but after, I felt more energized than exhausted.

The flip side of taking it easy 80 percent of the time: you’ve got to actually commit to moderate- and high-intensity running for the rest. In the past, I’ve avoided training plans that included sprint repeats and hill workouts because, frankly, running upwards of 50 miles a week was tiring enough.

But Fitzgerald says those types of workouts are crucial to meeting a goal time. “A lot of easy miles can get you close to the mountaintop,” he says, “but you’ll get better overall results by doing some fast running.” He recommended adding in an interval workout once a week, maybe 10 20-second sprints or five three-minute runs at 5K race pace. “It’s really the seasoning on your marathon training,” he says. “It’s not the meat, but it’s super helpful.”

Research shows that all runners benefit from doing weekly strength training, says Fitzgerald. He suggests squeezing in three 20-minute sessions each week, focusing on lower body and core moves. One strength-booster: standing on one foot and jumping up onto a box or step. “You’re isolating elements of the running stride and emphasizing them,” says Fitzgerald. “When you put it all back together, you’ll be a better runner.

Play around with pace.

If you’re just looking to finish the 26.2-mile journey, taking it easy through your longer runs is just fine. But if you’re chasing a time goal, says the pro, “it’s really helpful to start introducing some faster pace running.” Maybe run the last four miles of your 14-miler at goal marathon pace. And, near the end of training, keep pace for the middle 16 miles of your 20-miler. Calling it akin to a dress rehearsal, Fitzgerald notes, “you’re not leaving it all out there, but you’re proving to yourself that after a little rest and a good breakfast, you’ll be able to run the time you want.”