One Chia Seed Pudding Recipe and Four Ways to Enjoy It 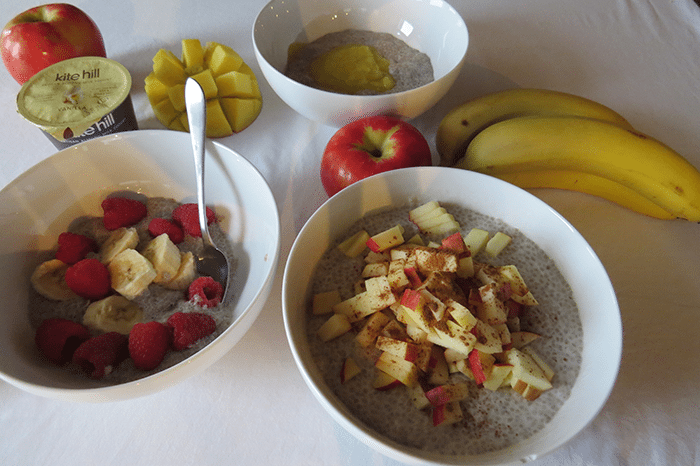 I have a chronic case of sweet tooth. Until I have at least a nibble of something sweet, the meal just isn’t complete. It’s like it didn’t even happen. I’m like Godzilla and my Kitchen is Japan. I will not stop until I am satisfied and I can be found climbing on top of things (mostly countertops). Did I take that too far?

I can’t count how many times I’ve said the following to Hubs seconds after finishing dinner: “We should probably order froyo.” And GrubHub makes it all too easy to just order in some sugar.

To defend against the urge to indulge every night (which isn’t exactly moderation) and to not turn into a giant, hungry monster, I like to have some healthy, sweet options in the house. Frozen, pitted cherries straight out of the freezer and dark chocolate are both quick and easy go-tos. But if you’re craving a creamy dessert and you’re able to set aside 20 minutes or less, you can enjoy this Chia see pudding recipe four different ways.

#1 Your Chia Seed Recipe base: 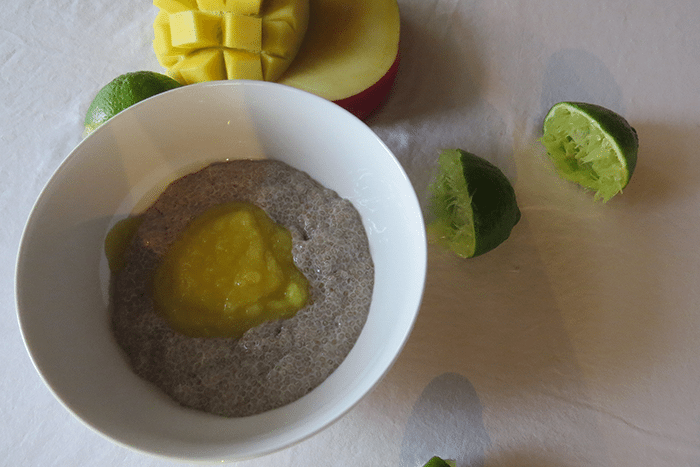 #4 Chia seed with berries and bananas: 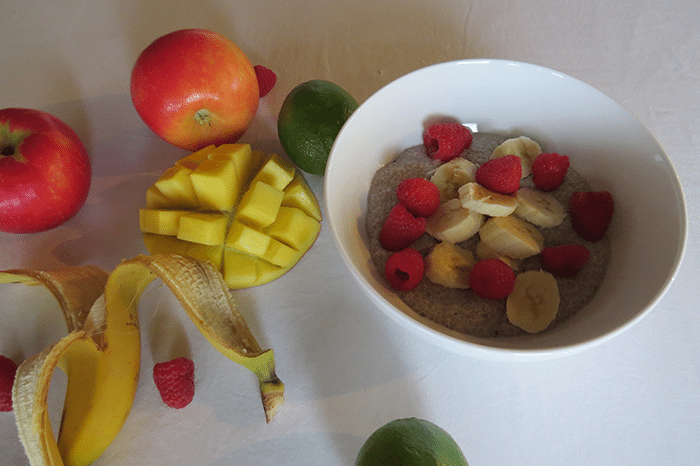