We climbed to the top of the long set of stairs at Red Rocks, just outside of Denver, and both my husband and I had to drag our legs up the final two steps.

“This altitude thing is pretty legitimate,” I said between deep breaths. 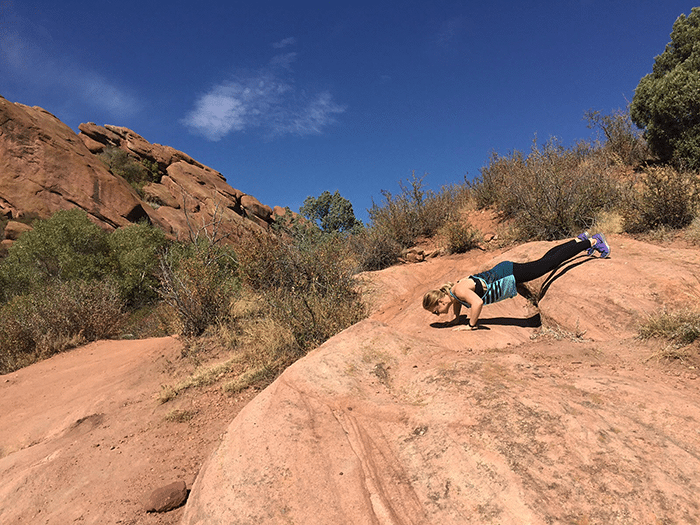 As soon as we got back to the rental car, I immediately fell asleep and left my equally tired husband at the wheel to fend for us as he drove back to the hotel.

I woke up from my snooze in time to help navigate and to once again defend Apple maps as a “totally legitimate mapping solution,” (fine, I’m downloading Google maps) and I had a lot of questions about training at higher altitudes that I started asking aloud. You can imagine how enjoyable that must have been for my borderline asleep-at-the-wheel husband.

I’ve never been satisfied with unanswered questions, so I set out to find out more.

What’s happening up at higher altitude that impacts the body?

What are the typical side effects of exercising in higher altitude environments when you’re not acclimated and how long does it take your body to adapt?

Don’t rush into crazy altitudes – you shouldn’t, for example, take a helicopter to the top of Mt. Everest (29,000 feet above sea level) for an afternoon tea. Your body needs time. According to LifeHacker, “Adjusting to high altitudes (around 5,000 feet above sea level and up) is all about acclimatization, but it takes your body days (or even weeks) to fully get used to being at a higher elevation. When you’re not used to it, you can get altitude sickness, which feels a lot like a hangover.”

Which explains why I felt like I had a hangover the entire time I was in Denver. That and tequila.

Why do all of the endurance athletes in the world live in Denver?

Training at higher altitudes causes the highly adaptable body to morph into a oxygen-rich performance machine.

According to Breaking Muscle training at higher altitudes “forces the body to adapt to the lack of oxygen by increasing the mass of red blood cells and hemoglobin or changing muscle metabolism.”

So when these athletes come down from the mountains to compete, those adaptations allow them to crush an Ironman with more available oxygen in their bodies. It’s performance enhancement that can’t really be stopped.

Rest easier knowing that for the first few days at a higher altitude, it’s not you, it’s the mountain. Before you head up a mountain and plan to “just go for a run,” cut yourself a little slack and give yourself some time to adapt.