On Fasting for Health 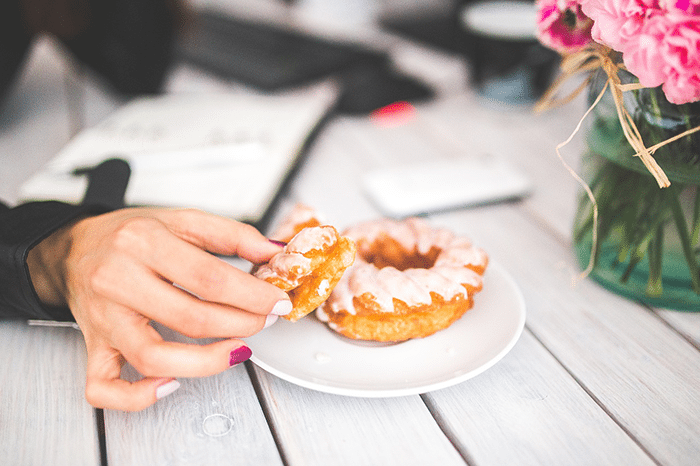 Fasting has been a part of different cultures for centuries, usually worked into religious traditions. Those observing Yom Kippur are fasting right now (hope it’s an easy one). But aside from the religious reasons, fasting made its way into mainstream dieting, making a name for itself in the wellness world. Intermittent fasting, or limiting your intake of calories occasionally has been trumpeted as “bio-hacking” and “miraculous.”

Many health professionals scoff at “hacking” the body and “miracle cures,” but after reading studies like one quoted by The Atlantic, it’s hard not to take note. The article featured research from Dr. Krista Varady, an Associate Professor of Kinesiology and Nutrition at the University of Illinois at Chicago. What she found was simple: a diet that alternates fasting and feasting works.

That seems to fly in the face of what we know to be true. Start the day with breakfast and eat five small meals a day. Period. But it seems that there may be another way.

Varady studied mice and found that mice that were provided limited calories on “fast” days and access to unlimited food on “feast” days. What she found was that, “Even on the days that the mice had access to unlimited food, they only ate about 25 percent more than average. They did not eat enough to compensate for the fasting days. So, over time, they lost weight.”

After the surprising study on mice, she turned to humans and found that, “when people are given only 25 percent of their caloric needs on a fasting day, they do not eat 175 percent the following day. They actually only eat slightly more—115 percent or so. That means by the end of the week, they’ve eaten a lot less than they typically would, and they only felt deprived for 3.5 days. Another surprise: 80 to 90 percent of people were able to stick to the plan.”

Eighty percent is an incredibly high number given research that found “very high attrition rates” in commercial weight loss programs – wherein “50 percent of the members dropped out in six weeks and 70 percent in 12 weeks.”

We had to wonder whether this lifestyle of fast and feast was sustainable and healthy over time.

In an email to aSweatLife, Varady said, “Our recent studies show that people can stick to the diet for up to 12 months and lose up to 60 pounds in that time frame. These individuals also typically see reductions in LDL cholesterol, triglycerides, insulin, insulin resistance and blood pressure.”

Not only does it work, it works over an extended period of time with positive results for the body.

And – for our highest priority question – exercise: Can you do it when you’re fasting? It’s all about timing, according to Varady.

“It was best to exercise in the morning on the fasting days. People tend to get a hunger surge about an hour after exercise, and they did best when the fast-day meal … came shortly after the workout.”

Want to try fasting? Do a little research first to understand what you’re getting into. According to Nerd Fitness, there are a few ways to enjoy this feast/fast lifestyle:

With the science, the choice is yours. Would you make intermittent fasting a part of your lifestyle?