How to Stick to a Yoga Routine 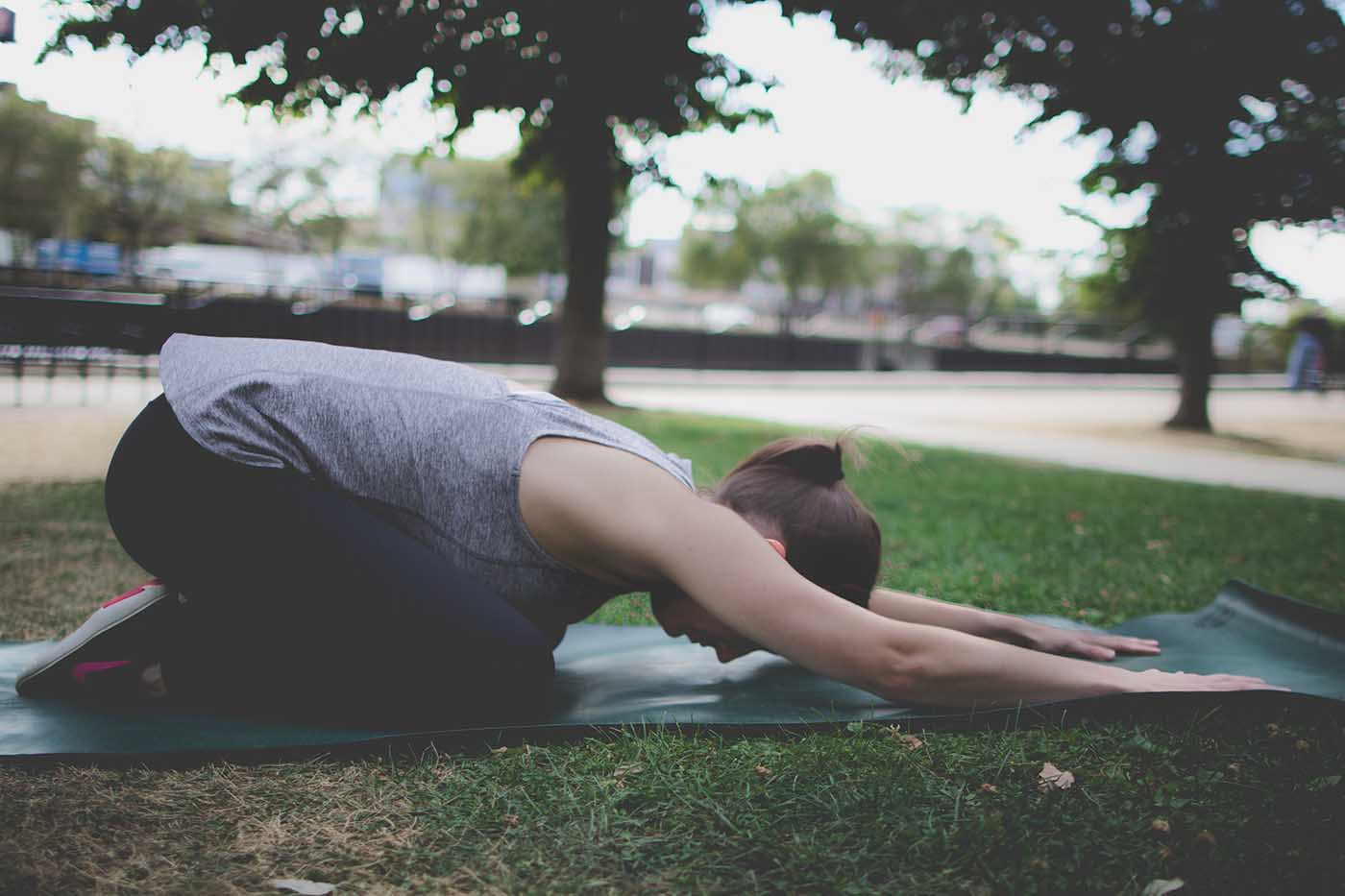 I’ve said so before and I’ll say it again: I’m no yogi. Until recently, my ClassPass history told a story of someone who enjoys variety, so long as that variety is constrained to the options of cycling, HIIT and… okay, pretty much just those two. I was, at best, very inconsistent about my yoga practice.

The more I learn about yoga and mindfulness, the more I want to be more proactive about it – but wanting to do something and actually doing something are two very different beasts. I remain tepid, consistently choosing to give priority to other facets of my life.

I told myself over and over that this would be the year I focus on a new fitness agenda, a more well-rounded one. I took a year off from long distance races, saying goodbye to a version of myself to make room for a new one. And still, day after day, week after week, month after month, I pushed off mindfulness, meditation and yoga.

I don’t know why it’s been so hard to incorporate these things into my life. I mean, I’m not trying to compare apples to oranges, but training for a marathon should be harder than getting yourself to step foot in a yoga studio every once in a while, right?

For the past few months, though, I’ve turned a corner and finally started to maintain a steady yoga practice (knock on wood). After taking a step back and asking myself, what has helped me learn how to stick to a yoga routine, I decided these four tips are the keys to my success.

Think about a realistic goal for how often you want to do yoga – the key word being “realistic.” You can always increase it later. For me, this was once a week, every Sunday. Setting aside a certain day and time for my yoga goal made it much easier to follow through. Even on busy weekends, I try to protect my Sunday mornings.

2. Explore and find the right place(s)

Though I’ve tried a handful of yoga classes over the past few years, only recently did I really start figuring out what I liked or disliked about certain classes. Yoga classes vary greatly – in temperature, style and types of movement. I’ve discovered that I really like hot yoga in some studios and dread it in others, and that I am drawn to certain spaces and instructors. Cast a wide net of types of yoga classes, studios and instructors and find out which ones speak the most to you. It’s easier to get to class if you’re genuinely looking forward to something about it.

For me, it’s easiest to stay accountable when I am doing it with someone else. Most Sundays, I’m throwing my mat into the back of my boyfriend’s car as we head to class together. I’ve also been talking to more people about my newfound routine, and it helps me stick to it. In desperate times when I’m wavering on skipping out, I’ve trapped myself into signing up for a class when it’s too late to cancel. Nothing says “accountability” quite like “cancellation charge.”

4. Realize that you don’t have to be the stereotype

I think I rejected the notion of being a yogi for so long because I “wasn’t good enough” and I didn’t fit the stereotype of a “perfect yogi” in my head. While the practice of yoga preaches acceptance – of your body, of yourself, of what your body is capable of – it took me a long time to think that way. For some reason, I’ve always felt the imposter syndrome on a yoga mat. I felt that I didn’t look or act the part and that I didn’t fit into the lifestyle that I was “supposed to.”

But that’s ridiculous. Yoga is for anybody and everybody. It’s taken a lot of time and patience, but I’m learning to let go of my absurdly high expectations and focus on my progress.