Eating Like a Dude: How Small Habit Changes Can Shift Your Perspective

Whenever I’m around my boyfriend, any of my guy friends or my brothers, I’m always amazed by how much they can eat. My twin brother, who rarely exercises, can down a bag of BBQ potato chips in one night, yet is still lanky enough to buy slim-cut shirts. I’m jealous, obviously, but also fascinated by what “eating like a dude” looks like.

Fruits and vegetables make up a main portion of my diet, and though depending on the day I could probably rival my brother in a potato chip challenge, I don’t regularly indulge in the typical “dude” diet of meat, carbs and dairy. After getting some inspiration from the woman who ate Halo Top ice cream for five days, though, I decided to eat like a dude for five days and I was pretty pumped. 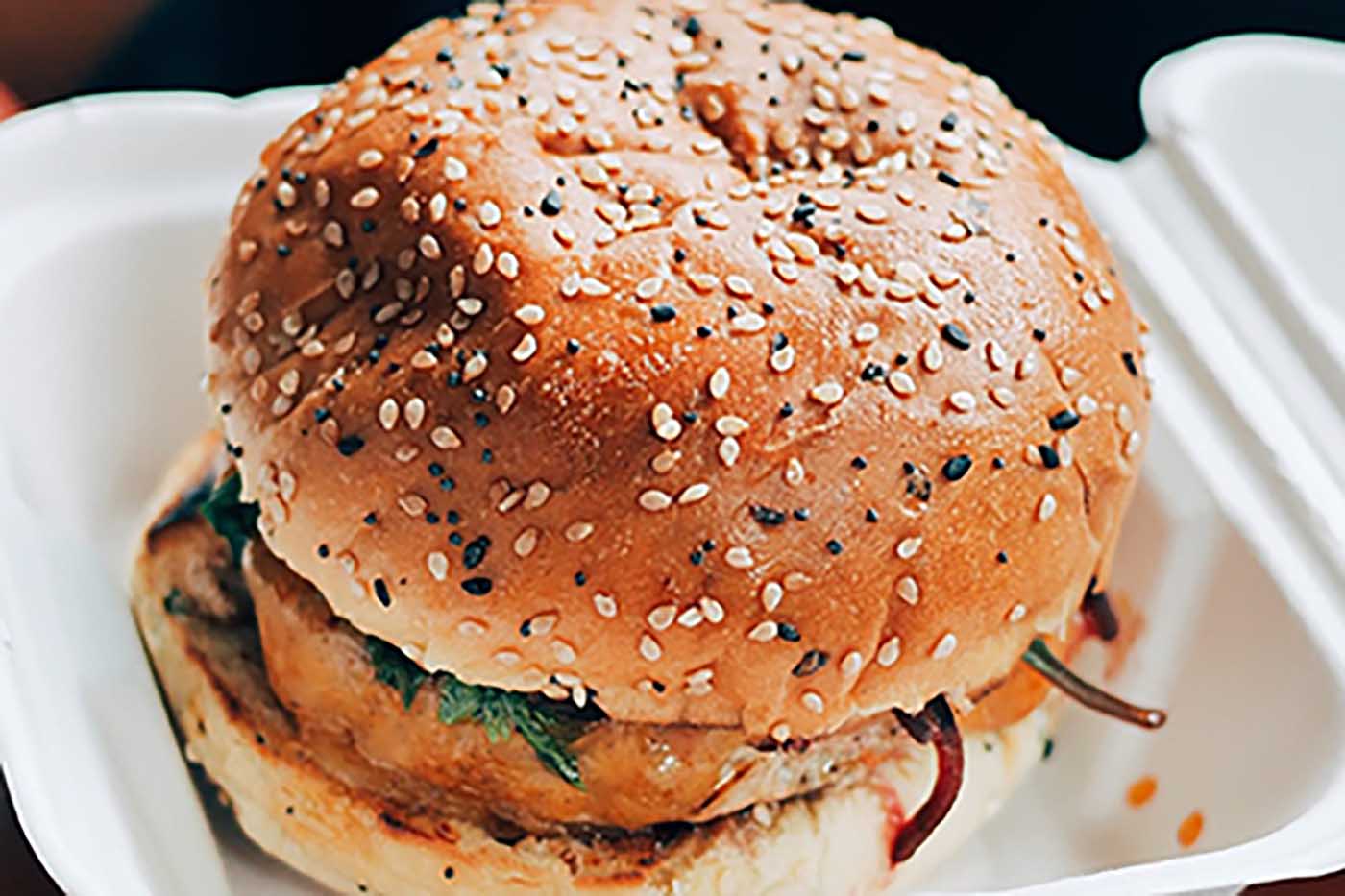 Day one didn’t start off as indulgent and fun as I had hoped, as my brother only had coffee for breakfast. Despite wanting to stay true to this *very serious* experiment, I really am not a fan of coffee so I just had water and tea. That morning, my stomach was making lots of awkward eating itself noises at a team meeting and I tried to act like I wasn’t starving. Though the lack of breakfast isn’t that extreme, I am a big snacker and by lunch have usually had breakfast and a mid-morning apple.

Lunch time finally arrived and I had a salami sandwich on white bread. I don’t remember the last time I had a salami sandwich, but boy did I love it. To be honest I don’t remember what it tasted like but I do know I inhaled it in about five minutes. This may have been attributed to the lack of breakfast, but I’ll throw salami makers a bone and say it was due to the tastiness of the meat.

The afternoon came and went with no snacks, a rarity for me. I could hold out because the night held a luxurious meal of … Panda Express. You can imagine how that went – it was vegging out to the max and at the time it felt so good. Soon after, though, it felt so wrong and even though I barely ate anything all day I felt too full. Instead of hunger noises my stomach was making panda noises. With no dessert and orange chicken rolling around in my stomach I went to bed looking forward to actually having breakfast the next day.

I’ll fast forward through Tuesday, Wednesday and Thursday as they held essentially the same game plan (my brother and I share a lack of creativity). Breakfast was a bagel with cream cheese, something I do regularly enjoy, and it was so nice to get something in my stomach at the beginning of the day besides water. My body was slowly adjusting to no snacks by Thursday, a surprising and welcomed feat. Lunch was McDonalds, more than I’ve had in the last year, but I can’t say I didn’t like it.

I think I was ok with no snacks because I knew all of my meals were going to be more indulgent than usual. I often justify eating before a meal because all I’m going to have is a salad, so I “need” the additional calories. If I was having a cheeseburger for lunch I certainly did not need anything more. I know I’m being Captain Obvious here, but I would also feel more full after a cheesy, meat-filled meal, so snacking wasn’t on my brain just a few hours later.

Dinner was a really simple but delicious cheese, veggie (vegetables, thank God!) and meatball pasta dish on Tuesday and Wednesday and Chipotle on Thursday – no complaints there! No sweets throughout the days, though … How do men survive without chocolate!?

By Friday I was very much looking forward to having fresh food the next day, as I rounded out the week with a bagel, leftover pasta for lunch and a bologna and cheese sandwich for dinner. It may have been an accumulation of the week, but my body did not like that bologna sandwich. Instead of “cheese, please” my body was saying, “Cheese? Please, no more!!”

I also topped off every night with a glass a milk, something I haven’t done since I was 16, so dairy was a big part of my week no matter what my body was pleading. Friday night, I put chocolate syrup in my milk because I like to live life on the wild side and because, chocolate.

A week of eating like my brother wasn’t the most exciting time in my life, but it certainly gave me an interesting perspective on how eating habits shape my day and how I feel. Changing my diet brought to light some not-so-necessary aspects of my diet, like the fact that I usually have a sugary treat every day and am a mindless snacker.

It also reminded me the value of treating myself, and that the ever-true saying, “everything in moderation” even applies to cheese. Though I don’t suggest this meal plan (please, Ian, incorporate more fruits and vegetables into your diet), I definitely found value in mixing up my routine to realize what food I really do enjoy and how much I need throughout the day. I encourage everyone to try something new every once in a while – and if you’re going to copy someone’s diet, I suggest finding a person who enjoys doughnuts.

1 thought on “Eating Like a Dude: How Small Habit Changes Can Shift Your Perspective”