The Newest Proverbial Question: To Lift Heavy, or to Lift Light 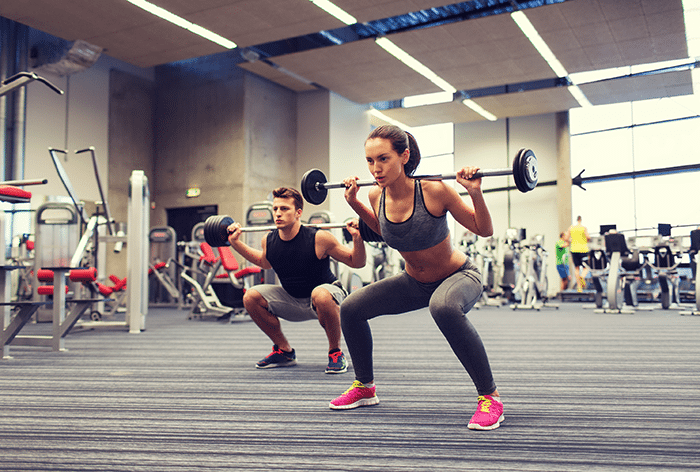 I was gearing up to write this post, ready to chant “lift heavy, be strong!” when an article titled, “Lighter weights do as much for building muscle as heavier ones, new research says” came across my Facebook feed. It caused me pause. Further digging opened up a whole debate of which I was previously unaware: is the more traditional belief that lifting heavier weights builds more muscle true … or not? After a morning of perusing good sources, allow me to lay out some of the most recent research …

Both the article mentioned above and a Runner’s World article cite a study conducted at McMaster University in Ontario, Canada. The study divided a group of people in half. One part of the whole group lifted lighter weights to muscle failure, and the other group lifted heavier weights to muscular failure. The findings: essentially both groups gained the same amount of muscle.

If this seems counterintuitive, Runner’s World’s Alex Hutchinson further explains: “It’s clear that when you lift a heavy weight, you’re activating more muscle than when you lift a lighter weight. But the theory is that if you lift a light weight to failure, the muscle fibers you recruit initially will gradually fatigue, so that by the time you reach the end of the set—and failure—you’re recruiting as much muscle as you can, just as you would with a heavier weight.”

Heavy or light – Which should you choose?

In truth, I haven’t lifted heavy since I was in the weight room to train for track during college, so this was rather pleasing news, but there is a case for lifting those heavy weights still. My favorite Experience L!fe magazine explains that in order to help prevent osteoporosis we should all be doing a good deal of higher impact activities.

Plyometrics and HIIT workouts are largely out of the question for this writer, with arthritic knees and a nasty neuroma, but as “strength training at least two or three days a week [is] ideal for people limited to low-impact exercise” I am thinking I need to get back in the gym. Choosing a weight that results in muscle failure after about 10 repetitions will most effectively help me stimulate bone growth.

Keeping our bones strong is a great reason to get back on the bench press to move heavy weights, but Shape magazine lists seven more reasons for lifting heavy, among them burning body fat, burning calories, building strength faster and, my personal favorite, feeling empowered. Yeah, Fang, I will use those weights when you’re done – I plan to say to that dashing man at my new gym in China.

I did take a TRX brain-break in the middle of this research, challenging myself more than I have in a long time. In the past months, I’ve been pumping out sets of 25 on the TRX, feeling a bit tired at the end of the workout, but certainly not fatigued … until today. I cranked my body’s angles and got real with my muscles. It turns out I do have biceps that will really pop when pushed … and my hamstrings will be talking to me tomorrow. It’s that hurt so good that I do love, and you do too.

So, to lift heavy or to lift light? Both. Or either. But lift hard.