Why Do You Love Your Workout? 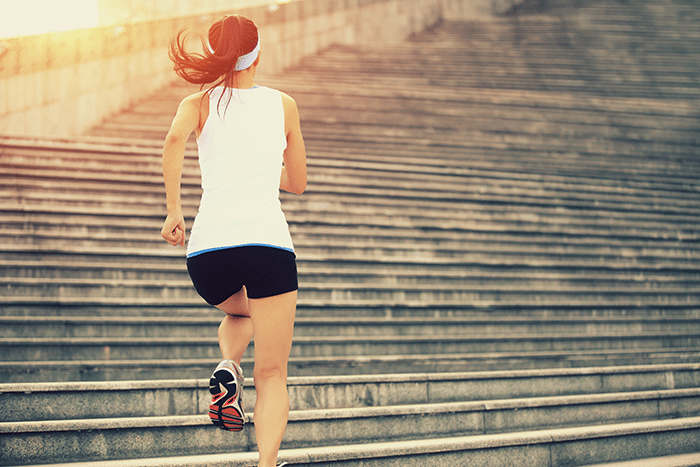 On the way out of class, you look at your instructor and say, “Great class,” and you mean it. You’re covered in sweat, you’re happy and you pushed yourself through every minute of that hour-long pursuit of greatness. What makes your love your workout sometimes while others are simply a forgotten hour of the day?

External factors: The music, instructor and your understanding of the exercises the instructor chose.

A study found that there were three variables that correlated to exercise enjoyment and that the most important of those three was music. Speed, order and progression of your playlists can have a very real impact on your attitude toward your workout.

Your Genes: Some people are born with a higher tendency to find exercise rewarding. Others need to work for it a little harder.

A study published by The Journal of Psychology and unpacked further by New York Times’ Well blog found that genes – at least those found in laboratory rats – played a role in the tendency to choose to exercise.

When rats that were prone to run on an exercise wheel were bred with other similarly active rats, an active rat lineage was created and when rats that were reluctant to exercise were bred with other inactive rats, an inactive rat lineage was created. The brains of those rats were studied and the results indicated that “the brains of pups born to the running line are innately primed to find running rewarding … Conversely, the rats from the reluctant-running line, with their skimpier complement of mature neurons, would presumably have a weaker innate motivation to move.”

Genes aren’t everything – they may create an initial set-point of satisfaction caused by exercise, but that can be changed. According to the New York Times’ Well blog there’s hope in the last phase of the experiment on the two set of rats:

“In the final portion of the experiment, the scientists had reluctant runners exercise by setting them on running wheels, while also providing some born-to-run animals with wheels. After six days, the unwilling runners had accumulated far less mileage, about 3.5 kilometers (two miles) per rat, compared to almost 34 kilometers each by the enthusiasts.

But the halfhearted runners’ brains were changing. Compared to others in their family line that had remained sedentary, they now showed more mature neurons in their nucleus accumbens. That part of their brain remained less well developed than among the naturally avid rat runners, but they were responding to exercise in ways that would seem likely to make it more rewarding.”

The endorphin rush: This brain chemical has a strong effect that diminishes as you’re exposed to it more.

The happy, unstoppable feeling you get when you exercise is courtesy of endorphins, everyone’s favorite feel-good brain chemical. Endorphins, according to the Huffington Post “are released in response to pain and stress and help to alleviate anxiety and depression. The surging “second wind” and euphoric “runners high” during and after a vigorous run are a result of endorphins. Similar to morphine, it acts as an analgesic and sedative, diminishing our perception of pain.”

But similar to other chemicals the cause a high, the more you get, the more you need. According to a study by McGovern, “The release of endorphins has an addictive effect, and more exercise is needed to achieve the same level of euphoria over time.”

Remember, all of these factors are still very personal – your music preferences, the instructor YOU love, your genes and your body’s response to endorphins all lead to a different mental response to exercise. So find what YOU love and do that.

When do you feel like you’ve had the best workout?