Living at Race Pace: Slow Down To Enjoy Life 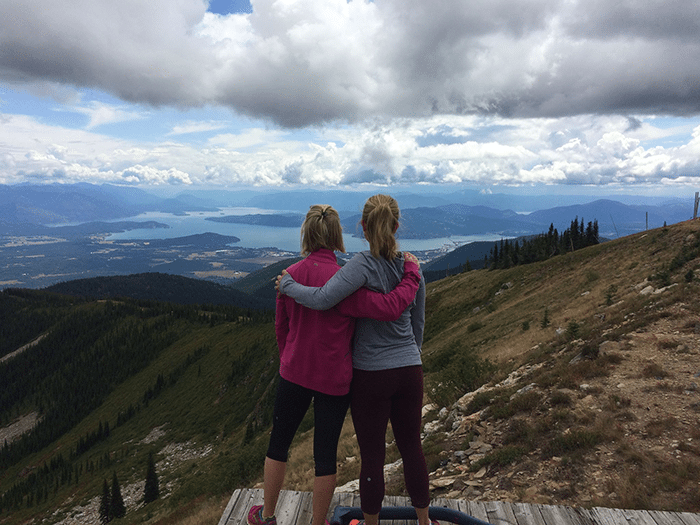 Bienestar. This is well-being in Spanish. I like the way this word sounds, the chime it makes in the air when I say it aloud. My own bienestar, and that of those I care about and care for, is often foremost in my thoughts and reflections, and especially so as one year turns over to the next. Today I am once again pondering the link between our emotional and spiritual well-being with that of our physical well-being; I do not believe that one can be unwoven from the other.

A few weeks ago, experiencing a fit of insomnia, one twilight hour I decided I needed some company, so I turned to NPR’s Ted Radio Hour and found an episode entitled Simply Happy. It’s not my first choice to be bright-eyed and bushy-tailed at 2 am, but the show proved fruitful in pushing me to contemplate old notions that need rather frequent revisits.

In the first segment of the show, titled “Are We Happier When We Stay in the Moment?,” host Guy Raz interviews Matthew Killingsworth, a psychologist and happiness tracker (yes, he’s invented an app for that). During the short chat, Killingsworth articulates findings from a recent study that make an argument for staying present, even in those scenarios that do not feel rewarding or enjoyable. Science is saying that people are substantially less happy when their minds are wandering, no matter what they are doing. I could make a case for daydreaming, but the longer I listened to the interview, the more I understood the conclusions of the study. Generally, when our minds are wandering, such as when we’re stuck in traffic or trapped in that meeting, we are projecting into the future, thinking about all of those “things” we need to get done.

Listening to the interview surfaced images of myself on the bus. When I first began teaching in Quito, on the way to school I would practice my Spanish flashcards and on the way home I would read my Spanish book. This was all well-intentioned, except that I kind of felt frazzled when I arrived to school and hurried as soon as I walked in the door in the afternoon. One day I just stopped putting that pressure on myself, and started gazing out the window, noting the street art, the expressions on people’s faces outside the bus window and simply observing my breath.

As your rather typical North American, I felt guilty about this at first. “Geez, am I getting lazy?” I’d ask myself. And then, on that fateful sleepless night, I met Carl Honoré as he was the second guest on the Ted Radio Hour. Honoré is the author of In Praise of Slowness, which is also the title of his TED Talk (seriously, watch it – without simultaneously folding laundry or checking Facebook), and his words really resonated with me. “We’re hurrying through our lives, rather than actually living them” because “speed is fun, speed is sexy … it’s an adrenaline rush and it’s hard to give up,” Honoré says to his listeners.

Later, as I was watching his TED Talk, I found myself nodding my head throughout his lecture. I kept thinking, “I like you, Carl. I get you, Carl. Carl, I’d like to sit down and have a four-hour, seven-course meal with you.” In addition to the adrenaline rush of our “roadrunner culture,” Honoré says we avoid tougher questions through our speed-living; we evade reflections on “Are my politicians making good decisions on my behalf?” “Are my children growing up right?” “Am I well?” These are not easy questions to answer, and working through them to uncover some sort of answer means sitting in a certain discomfort. But through the discomfort comes resolution, knowing ourselves better and making wiser decisions.

So, is it possible to slow down? I, along with my newfound friend Carl, answer with an emphatic “yes!”

As I do not have this all figured out myself, I am not here writing to offer stringent advice, but perhaps to prompt us all to be more mindful on the cusp of this near year. When do you begin to feel you are on the merry-go-round that is spinning too fast? What is getting in your way of living in the present? How might you get in touch with your inner tortoise and, rather than racing through a day, live in the day?

I do not usually make New Year’s resolutions, but my commitment to myself this year as I sashay into 2016 is to do the following:

So, readers, a toast to your bienestar and mine. And to simply slowing down.