It’s Time to Use Your Vacation Days 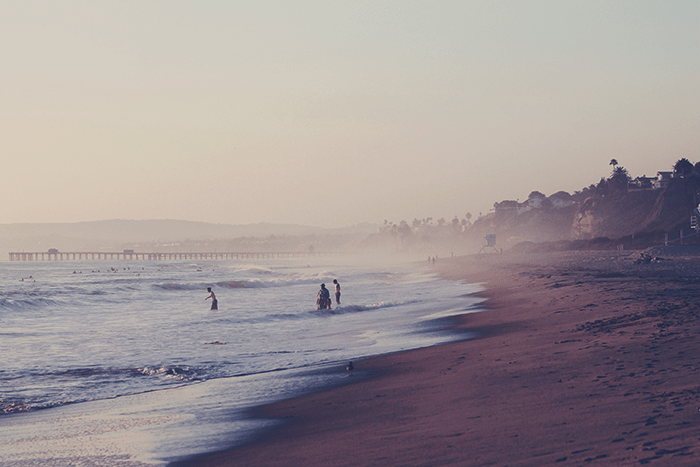 “I just don’t really feel like I can use my vacation days.”

It’s a sentence you or someone you love has uttered. When someone working at a company with an unlimited vacation policy said that to me, it took everything in me not to physically shake him.

As a nation, Americans are vacation-poor and strung out on work binges. We’re taking fewer vacation days and our annual allotment of paid time off just doesn’t stack up to other developed nations.

Big Think quoted the Department of Labor, which stated, “The Fair Labor Standards Act (FLSA) does not require payment for time not worked, such as vacations, sick leave or federal or other holidays. These benefits are matters of agreement between an employer and an employee (or the employee’s representative).”

But when Big Think compared the United States, again, with no required paid leave days, to other countries in the Organization for Economic Co-operation and Development (OECD) the gap between the US and the rest of the world becomes clear: other countries require employers to provide employees with paid days off. French workers had an annual requirement of 30 paid annual leave days, citizens of the UK enjoyed 20 and Canadians were able to enjoy 10 required days.

Even without the glaring policy differences, many US workers are given paid time off and they just aren’t using it. The U.S. Travel Association found that American workers “permanently lost a total of 169 million days of paid time off (PTO) across the workforce in 2013 … the study shows that by forfeiting this time American employees surrender $52.4 billion in benefits.”

Often, the reluctance to kick back and relax comes from a set of misconceptions about how vacation impacts your career. Many, it seems, view the working world as the only world and fear that if they aren’t working the hours they saw in the Aaron Sorkin version of Mark Zuckerberg’s life, they’ll be viewed as lazy.

Project Time Off blames two factors for Americans who leave time off on the table, “Company culture and the ‘work martyr complex.’” What’s the work martyr complex? It’s a set of beliefs that chain an American worker to his or her desk – 40 percent worry about returning to a mountain of work and 35 percent are convinced that nobody else can do their work while they’re gone.

Is it your boss’s fault? Sometimes. But many higher-ups are cued into the fact that vacation can actually make your work and the company better. According to Forbes, which quoted a study by the Creative Group, “about 40 percent of executives think employees would be more productive if they took more vacations, while only 9 percent think productivity would ‘decrease significantly.’”

But what about those new, shiny unlimited vacation policies that are popping up at the same tech firms that line their offices with nap pods and snack rooms? It’s often troubling for employees to figure out the answer to the question, “how unlimited is unlimited vacation?”

The Tribune Company in Chicago updated its paid time off policy to feature unlimited days off in 2014, but rescinded it shortly thereafter because “its introduction created ‘confusion and concern’” CNN Money reported.

That speaks volumes to the state of the American Worker. Your boss tells you to take as many days off as you want and instead of finally taking that trip to the French Riviera, your blood pressure goes up and you wonder if they really meant unlimited.

As a culture it’s time to get past all of the concern about being out of the office. Not taking a vacation, it seems, can actually kill you.

The Huffington Post quoted a study that found that in “13,000 middle-aged men at risk for heart disease, those who skipped vacations for five consecutive years were found to be 30 percent more likely to suffer heart attacks than those who took at least one week off each year. And, CNN reported, that women who didn’t vacation annually for six years, “were almost eight times more likely to develop coronary heart disease or have a heart attack.”

And time off can also have a really positive impact on your mental attitude. Psychology Today reported that those who take vacations have “more life satisfaction, fewer negative emotions, tended to be more spiritually connected, and reported having a lot of support from family and friends making them feel more content.”

And that positive mental attitude can help you feel ready to attack your workload. A 2010 study, CNN reported, “found that 35 percent of Americans feel better about their job and are more productive after a vacation.”

There are enough reasons to take a break and we haven’t even talked about taking time to see the world and experience other cultures. So, when your boss releases your new unlimited vacation policy, swallow your anxiety, tell them, “thank you,” and get your overworked ass to the beach.