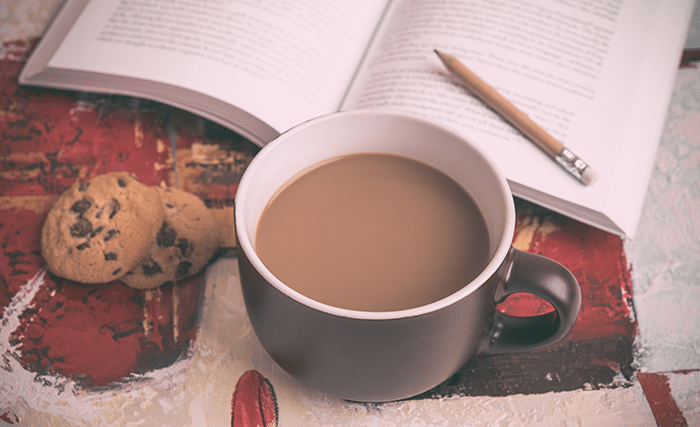 The air is brisk and chilly. Yellow, orange and rust-colored leaves crack under your feet. You’ve pulled out your blanket scarf from the back of the closet, knowing very well it will become a permanent feature of your outfit every day for the next five months of cold. There’s no denying it — fall is here.

Along with the colder weather, fall brings an undeniable sense of nostalgia for many of us young, working adults. For those of you who miss the simpler times of school, you may feel an urge to dig up your old Jansport, pack a PB&J sandwich, forge a note from your parents excusing you from running the pacer and stroll into the nearest high school.

Don’t do that. I’m here with a much better, much more adult and much less creepy alternative. A reading list.

That’s right! You may no longer be in school, but that doesn’t mean you don’t have homework (if you want it). Check out this list of some of our favorite nonfiction must-reads to knock out this fall.

In Defense of Food by Michael Pollan. In his “eater’s manifesto,” Pollan argues most of what Americans eat today isn’t really food. Our eating habits — characterized by on-the-go fast-food binges, snacking in front of the TV and highly processed meals — aren’t really food. Rather, what we’re consuming is “edible foodlike substances,” according to Pollan. At the same time, since eating has become professionalized, some nutritionists tout diets or recommend highly processed foods fortified with synthetic nutrients. In Defense of Food details what Pollan calls the American paradox: “The more we worry about nutrition, the less healthy we seem to become.” He says real food needs to be defended on two fronts: the food industry and nutritional science.

The Fit Bottomed Girl’s Anti-Diet by Jennipher Walters and Erin Whitehead. This book serves as a guide to finding the joy in taking the steps to get fit and eat healthy without getting bogged down by all of the negativity that surrounds diets. Walters and Whitehead enthusiastically promote a healthy lifestyle while reminding the reader that taking the reins on your health does not have to mean every meal is a sad parade of weak salads and you must chain yourself to the treadmill.

Being Mortal by Atul Gawande, MD. Dr. Gawande is a surgeon, writer and public health researcher. He practices general and endocrine surgery at Brigham and Women’s Hospital and is a professor of public health policy. Illustrated with gripping stories of his own patients and families and punctuated with shocking research, Dr. Gawande’s Being Mortal reveals the ultimate limitations and failures of medicine. When it comes to aging, end-of-life care is rarely discussed. “Doctors, uncomfortable discussing patients’ anxieties about death, fall back on false hopes and treatments that are actually shortening lives instead of improving them. And families go along with all of it.”

The Happiness Project by Gretchen Rubin. “What do I want from life, anyway?” Gretchen Rubin asked herself one rainy afternoon while riding the bus. “I want to be happy.” However, Rubin realized she never spent time thinking about her happiness. After that, she decided to dedicate a year to a happiness project. The result is one of the most thoughtful and engaging reads on happiness. Rubin’s book combines current scientific research on happiness with the wisdom of experience. Her book launched a movement; happiness project groups have popped up across the country and the world. The Happiness Project has been published in more than 30 languages.

10% Happier by Dan Harris. After having a nationally televised panic attack on Good Morning America, Nightline anchor Dan Harris knew he needed to make some serious life changes. A devout nonbeliever, Harris found himself on an unlikely adventure, “involving a disgraced pastor, a mysterious self-help guru and a gaggle of brain scientists.” Harris eventually realized the origin of all of his problems was the incessant voice in his head, which he acknowledges both thrust him through the competitive ranks of business but also led to bad choices leading to his breakdown. Harris found a solution in meditation. 10% Happier takes readers on a journey through neuroscience, “the inner sanctum of network news” to the fringe of America’s spiritual culture and leaves them with a life-changing takeaway.

“The Moral Bucket List” by David Brooks. David Brooks published this article in The New York Times in April. In it, Brooks eloquently describes how, about once a month, he meets someone who radiates an inner light — just someone who is deeply good. He or she listens, makes you feel valued and makes you laugh. However, Brooks realized he was not that kind of person, though he acknowledged he had great career success. After deciding he wanted to become one of those people, he “realized if I wanted to do that I was going to have to worker harder to save my own soul. I was going to have to have the sort of moral adventures that produce that kind of goodness.” Brooks discovered an essential lesson on this journey. There are two sets of virtues: resume virtues, or the skills you bring to marketplace, and eulogy virtues, the ones people talk about at your funeral.

Thrive by Arianna Huffington. Arianna Huffington, co-founder and CEO of The Huffington Post Media Group, describes how after collapsing from exhausting, breaking her cheekbone and waking up in a puddle of her own blood, she asked herself, “Is this what success feels like?” She realized “our relentless pursuit of the two traditional metrics of success — money and power — has led to an epidemic of burnout and stress-related illnesses, and an erosion in the quality of our relationships, family life, and, ironically, our careers.” In her book, Huffington says it is important to not let ourselves lose our connection to what really matters in life: our health, happiness and relationships. In Thrive, Huffington describes what she calls the “third metric,” which includes “our well-being, our ability to draw on our intuition and inner wisdom, our sense of wonder and our capacity for compassion and giving.”

Thinking, Fast and Slow by Daniel Kahneman. A renowned psychologist and winner of the Nobel Prize in economics, Daniel Kahneman’s book dives into the mind and explains the two systems that drive the way we think. The first system is fast, intuitive and emotional. The second system is slower, more deliberative and logical. Kahneman reveals where we can and cannot trust our intuitions and how we can tap into the powerful benefits of slower thinking. He offers enlightening insights into how we make choices in both our business and personal lives, and how we can employ different strategies and techniques to prevent the mental glitches that often tangle us in trouble.

Lean In by Sheryl Sandberg. Three decades after women became 50 percent of the college graduates living in the U.S., men still fill the vast majority of executive leadership positions in both government and industry. As a result, women’s voices are still not given equal attention in many of the decisions that affect our lives. In Lean In, Sheryl Sandberg, who serves as chief operating officer of Facebook, examines why women’s progress in ascending the corporate ladder has been a slow climb. She explains root causes and offers compelling and practical solutions to empower women to reach their highest potential.

(Disclosure: On occasion, we use affiliate links. If you click on a link and buy something we love, we’ll make a few cents. Blogging isn’t free, guys.)