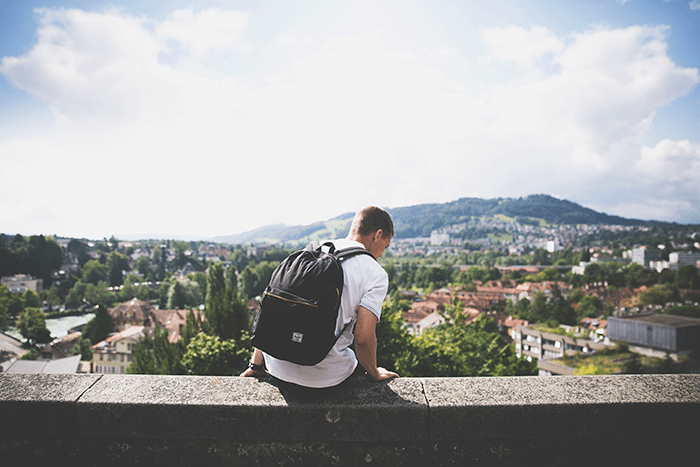 Disclaimer: The advice provided in the Financially Fit series is general advice only. It has been prepared without taking into account your objectives, financial situation or needs.

Things cost money. Experiences cost money. And, as some of us know all too well, education costs A LOT of money.

Tyler Ziebel is a senior analyst in the real estate industry. He graduated with over six figures of student debt … And he paid it off in two years.

So, naturally, Tyler has become my go-to financial guru on student loans. Though I’m sure he can write a novel on it, he helped me gather some advice on how to handle debt and student loans for this week’s Financially Fit.

That’s a lot of debt to pay off in less than three years. How did you do it?

There are really two schools of thought when it comes to student loans and they both have merit. The first, and this is was my preferred method in paying down my own student debt, is to pay the debt down as quickly as possible. This obviously means living well below your means [note: such as living with family if possible, even though independent city life seems appealing after college], setting aside a monthly payment amount that is greater than the minimum required payment, and getting ahead of your debt as quickly as possible.

The benefit here is that your debt gets paid down faster and the interest paid over the duration of your student loan is therefore less. The added benefit here is the peace of mind that comes with discharging said debt faster. When I graduated, having that student debt hanging over my head honestly bothered me so much that paying it off quickly became the priority.

Okay, so what’s the second school of thought then?

The idea here is that the money you’ve invested will return a higher amount of interest than the amount of interest the student loan is costing you. Obviously, the downside here is that you’re somewhat at the mercy of the market and if the return on your investment falls below the interest rate on your loan, you end up losing money. On top of that, you’ve got to be disciplined enough to take what would be money in your pocket, invest it, and leave it to counter the interest accruing on your debt – which is way easier said than done.

Okay, so those are two different schools of thought to pay down your student debt. What other advice do you have for people dealing with student loans?

I’ve always subscribed to two absolutes when it comes to paying down student loan debt:

Whichever route a person decides to go, it’s important to be vigilant with student loan debt. Let’s be honest – it sucks and it serves as a brutal way to delay future financial goals. It can’t be forgiven (so it’s not going anywhere, even in bankruptcy) and it’s got to be paid back regardless.

At the end of the day, you’ve got to just bite the bullet as quickly as possible and get your loans paid off.

You can do this.