Should You Raise the Temperature in Heated Classes? 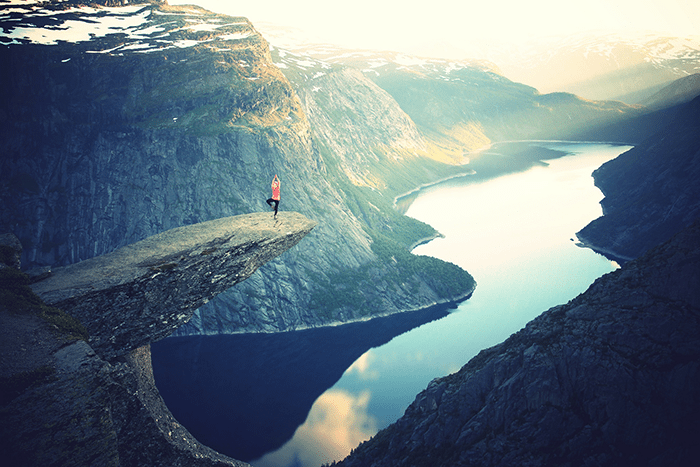 When it comes to exercise, some like it hot.

But does turning up the heat really yield better results?

Heated exercise classes, including yoga, Pilates, barre and others may have started as a fad, but many regular practitioners swear by them.

Many fitness experts agree heat can be beneficial to your workout, as it can aid in blood circulation and increase flexibility, according to Reuters.

“Your body is engineered to exercise in the heat,” Michele Olson, PhD, an expert with the American College of Sports Medicine and professor of exercise science at Auburn University in Montgomery, Ala., told Reuters. “This is why we sweat.”

External heat also speeds up the heart rate, increasing blood flow to muscles, and decreases friction, making it easier to stretch, according to Dr. Olson.

Determining the benefits — if any — of hot yoga

For the purpose of this article, we’ll focus on Bikram yoga, as it is among the most — if not the most — popular of all heated workout classes.

Anyone who has taken a Bikram class — yoga at a comfortable 104 to 105 degrees — can attest to the buckets of sweat produced by each participant. Devoted hot yogis defend the sweaty practice as an effective means of staving off weight and ridding their bodies of harmful toxins. Skeptics wonder if it is even safe to exercise at such high heat.

Surprisingly, there hasn’t been much hard science to support one side or the other, until recently.

“Considering how popular this is, it’s pretty shocking that our study is one of the very first published research efforts on the subject,” Brian L. Tracy, PhD, an exercise scientist at Colorado State University, told Time magazine last year.

Dr. Tracy and his team conducted two experiments on the physical effects of Bikram yoga, which involved completing a series of yoga poses over a 90-minute period in a room heated to 104 or 105 degrees.

The first experimental group included healthy, though relatively sedentary, young adults with no prior yoga experience. After 24 Bikram sessions across eight weeks, the study participants showed modest increases in strength and muscle control and substantial improvements in balance. They achieved only a slight drop in body weight, according to the report.

“To be honest, we were pretty surprised by the small size of the weight change, because when you’re in the Bikram studio you feel like you’re working really hard,” Dr. Tracy told Time. “And remember, these were people who didn’t regularly exercise before the study. We were expecting a bigger drop.”

In a follow-up experiment, Dr. Tracy hooked up experienced yogis to equipment that measured their heart rates, body temperatures and energy expenditures during a Bikram session, according to the report. The findings? While the participants’ heart rates and core temperatures rose significantly (though not dangerously), their metabolic rates, or the amount of calories they burned, were roughly equivalent to those of people speed-walking.

“I think the immediate reaction is disappointment if you’re a Bikram fan,” Dr. Tracy told Time. While many people adhere to the misconception that one can burn up to 1,000 calories during a Bikram class, “that’s not the case,” he said. According to Dr. Tracy’s research, men burn an average of 460 calories, while women burn approximately 330. “I think the heat and the difficulty of the postures combine to alter your perception of the intensity of the exercise.”

Furthermore, the notion that hot yoga can cleanse the body of toxins through sweating lacks any basis in science, according to the University of California’s Berkeley Wellness magazine. Although some toxins are eliminated through sweat, the vast majority are filtered through the liver and eventually expelled through urine and stool, not sweat.

Your heart does get a major workout in hot yoga, however. “Heart rates are quite high for the amount of work you’re doing. Quite high,” Dr. Tracy told Time. Accelerated heart rates could be potentially dangerous.

When your body temperature rises, your body produces sweat through a process called convection. Your body cools off as the sweat evaporates off your skin, Kim Allan Williams, MD, president-elect of the American College of Cardiology, told Time.

Essentially, if you stay hydrated and replace lost nutrients, sweating a lot is OK as long as the air is dry enough to evaporate it. However, in Bikram yoga studios, it’s difficult to know if the recommended 40 percent humidity level is achieved or maintained. As humidity in the room increases and you sweat, you’re excreting minerals like potassium and sodium, along with water, according to the report.

Although safety of hot yoga depends on each individual’s fitness level and overall health, in general, exercising in extreme heat can cause dehydration and hyperthermia (high body temperature). Both of these conditions can cause nausea, dizziness, fainting, muscle cramping and other adverse symptoms, according to Berkeley Wellness.

These symptoms can become exacerbated if you drink too much water without consuming electrolytes, leading to hyponatremia, characterized by low blood sodium levels.

Additionally, extreme heat, combined with exercise, can put intense stress on the cardiovascular system. People who are unfit or are sedentary, or have hypertension or heart disease, should not attempt hot yoga, according to the report.

How to practice in the heat safely

Both Drs. Tracy and Williams say those who elect to practice hot yoga should always be mindful of their bodies. For instance, feeling light-headed, nauseous, confused or experiencing muscle cramping — either during or after a session of hot yoga — are indications you need to take a break, according to Time. Inexperienced yogis should be especially cognizant of the messages their bodies send them.

“You can’t sweat out a bunch of minerals and then replace them with water alone,” he told Time. In addition to staying hydrated, yogis should make sure they have eaten enough before the class and come to class armed with snacks for after.

A different kind of benefit

Whether or not hot yoga is as effective for losing weight or expelling toxins as some might hope and believe, the psychological and mental benefits of the practice — those at a normal temperature, too — are positive.

According to Time, there is a growing body of research on yoga that suggests regular practice may help lower stress and improve pain management and regulation of emotions, similar to that of meditation.

1 thought on “Should You Raise the Temperature in Heated Classes?”