People exercise for a multitude of reasons. From aesthetics to disease prevention, there is always a motivation behind breaking a sweat. One of most practical, but often secondary, reasons to exercise is to improve your functional fitness level.

Improving your functional fitness is often secondary because it tends to improve as a byproduct of overall fitness. People do not necessarily set out with the goal of functional fitness improvements, but find as they continue to exercise that activities of daily life become easier and lead to less injuries.

Just in the past week I have encountered numerous activities that made me thankful for working out consistently. I compiled the following list of daily activities that proves that fitness is about more than just looking good:

Unless you regularly grocery shop using a car, you will probably find yourself carrying multiple bags while living in a city. Earlier in the week I found myself carrying 4 bags of groceries for a mile and a half. I don’t normally have to walk this far or carry a giant beef brisket and multiple glass containers of things I NEEDED TO HAVE, but I made it. Even when I drive to shop at Costco, transporting those bulk items to my building can be strenuous.

Exercises like bicep curls and rows help to increase your upper body strength, which then allows you to carry your bags further and longer.

Riding the train at rush hour often means a lot of people in one place. This also means that you may not be able to hold on to anything. Case in point if you are riding the train this summer during baseball season. As I finally got on a train after waiting through two before me, I found myself in the middle of the car and far away from any rails to hold.

By increasing the strength and stability in your lower body and core, it becomes easier for you to brace against the momentum of the train and keep yourself steady. 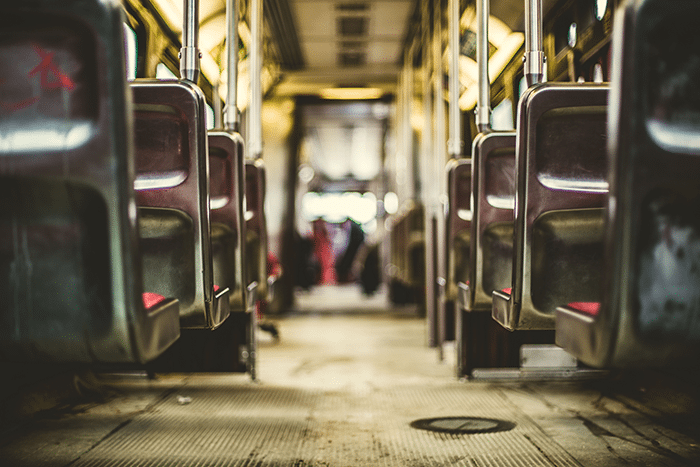 Some buildings have a centralized laundry facility. This requires you to carry your laundry much further than if you were doing it in your home. For me, this means carrying a full load of laundry to an elevator and down a long hallway as well as containers of detergent and laundry softener thrown on top.

Squats and other lower body exercises are important to not only overall strength, but also proper form when lowering and picking up heavy objects like laundry baskets.

Living in a city can require a lot of walking and climbing stairs. Although there are a number of drivers, walking or taking public transportation is often the preferred method of travel for some people. In fact, according to the Chicago Transit Authority, Chicago operates the country’s second largest public transportation system. Even public bike shares are proving a reliable, and sometimes faster, mode of getting around the city.

Improving your cardiorespiratory fitness through running, swimming, or biking allows you to walk (or ride) further before becoming out of breath.

Almost every part of your body is engaged when playing with kids. Picking children up requires a strong upper and lower body as well as maintaining good form throughout your back and core. I don’t have kids, but I have been around kids and just watching them tires me out.

Chasing after children also requires a high level of cardiorespiratory level of fitness, which can be improved through activities such as running, elliptical machines, biking, or simply more chasing.

Dogs can be very strong and can pull you if you’re not prepared for it, increasing the likelihood of injury. Last night, for example, I saw a man with a dog roughly the size of a small horse (pony?). He was struggling to maintain an easy pace as his dog was obviously very excited about some small animal in the distance. He then had the additional burden of trying to lift the back end of the dog into his car when the walk was over.

Walking a large dog can be made easier by improving your core, back, and upper body strength (and some obedience training).

How has exercise improved your daily activities?

1 thought on “How Functional Fitness Improves Your Daily Life”