Stepping in from the sunlight into Owen + Alchemy in Logan Square, the unmistakable first impression is the monochromatic space.  But within that black and white room, vibrant color  pops from the juice refrigerator’s glass doors behind the counter.

Open since October 2014, the Element Collective restaurant produces plant-based, whole foods ranging from cold-pressed juices, smoothies, bowls and snacks at both its Logan Square and Eataly location. As customers take in the surroundings of the store and read that menu with carefully-chosen fonts listing each menu item’s locally-sourced ingredients, it’s hard to miss the thought that went into matching the restaurant’s aesthetic to its values. 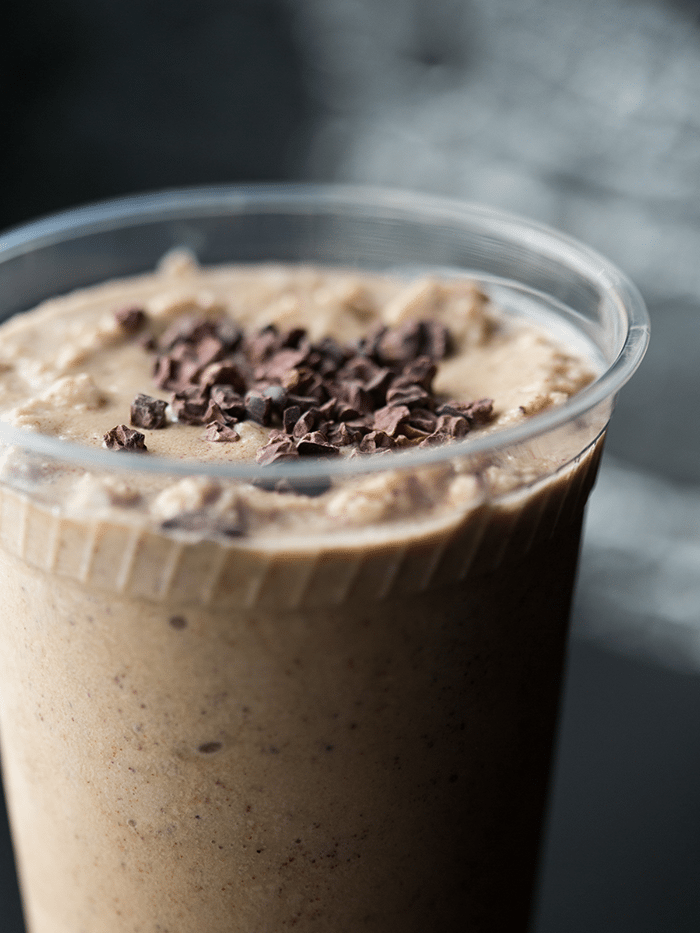 “The design does kind of mirror the juice,”Rose Truesdale, Business Development Manager at Owen and Alchemy said. “It has minimal ingredients and when you walk in here it’s black and white.”

Truesdale joked that the black and white aesthetic of the store earned Owen + Alchemy the name around the neighborhood of the “juice goths.”

Embracing that name and the artistic community that surrounds the store, the design pulls from what Truesdale calls the “strong voice” of Logan Square.

“We’re sitting at a table created by a local artist. He collaborated with another local artist on the table’s leg,” Truesdale said. 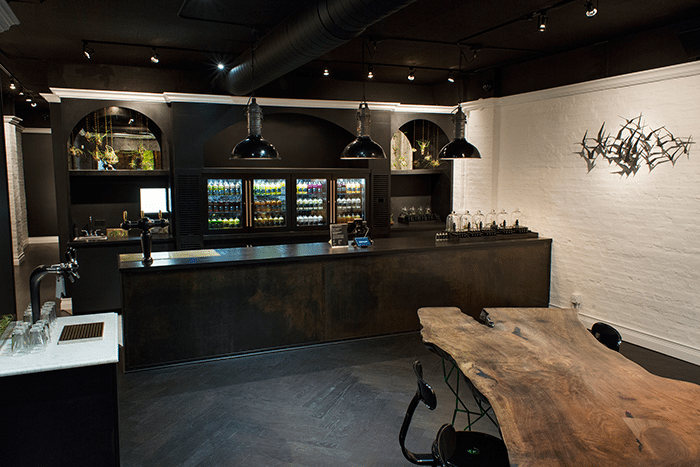 “And then that moss cross in the window was designed by [the table designer’s] wife, another local artist … and they all live within a three-mile radius, so it’s super local,” she said. 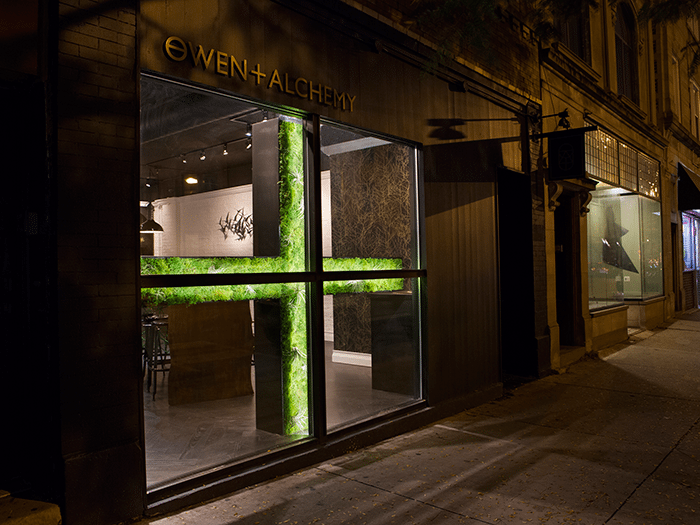 Partnerships in the art community expand beyond what’s inside of the storefront. Truesdale said that one of her favorite partnerships, the Museum of Contemporary Art, allows the brand to create food that complements art.

“We threw a private dinner for Saint Vincent during the David Bowie exhibit and we worked with the MCA on that and we’re doing a few more events for different artists,” Truesdale said.

But design aside, the menu is its own form of art and it’s more than just juice. All things made within the coolest (temperature) kitchen that has ever existed are a reflection of the restaurant’s philosophy.

Rose said the 20 (plus or minus) juices are “constantly changing due to seasonality,” although there are some menu items that will always be featured. This, she said, demonstrates the brand’s honesty with the food that’s “truly is local, organic and good for you.”

Truesdale leans on a few menu staples including the coffee juice, which she said that she drinks “almost every single day”; the coconut juice which is simply “coconut meat and coconut water”; and the green juice, which she terms “the best green juice ever of all time.”

But when she really lights up is when she talks about a surprising menu item: coconut jerky. “It’s just unlike anything else in the city,” she said. 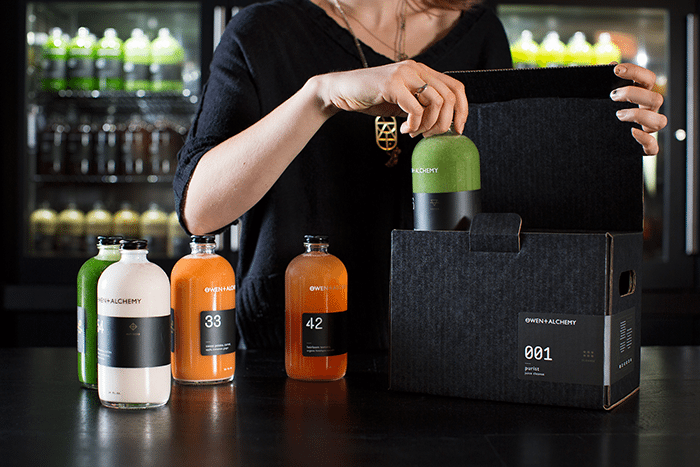 With all of the thought put into the menu, partnerships and design, Owen + Alchemy is a food brand deeply rooted in a philosophy of thinking through its choices, both in strategic brand decisions and in choosing food based on how it impacts one’s body and one’s world.

Step into one of the locations to try a juice, snack, meal or cleanse and watch for Owen + Alchemy in the West Loop, opening “sometime in the very near future.”

2 thoughts on “Owen and Alchemy Pairs Art and Wellness”