No one doubts that any amount of regular exercise is better than none when it comes to staying healthy. However, there has never been a clear answer as to the amount of exercise needed to extend life — until now.

Although recently doctors have taken to prescribing exercise for patients who don’t log in enough minutes a week on their own, there is no official dosage when it comes to working out. Currently, broad guidelines from the government and health organizations recommend 150 minutes of moderate exercise each week to improve and maintain fitness and overall health, according to the New York Times.

However, it is unclear whether 150 minutes represents the minimum or ideal amount of time. Furthermore, scientists have been unable to determine whether there is a maximum recommended length of exercise, where exceeding a certain amount could become harmful.

Two large-scale studies recently published recently in JAMA address these questions. In one, researchers from the National Cancer Institute, Harvard University and other institutions aggregated data from six large, current health surveys on a total of 661,000 middle-aged adults’ exercise habits over a 14-year period.

According to that same article by the Times, the researchers stratified the data by the amount of exercise they had per week. Survey respondents’ workout times ranged from zero minutes per week to 10-times the recommended amount. After comparing 14 years’ worth of death records for the survey group, the researchers found that the people who did not meet the recommended times had the highest risk of early death. No surprise there. Those who exercised some but still did not meet the recommendations lowered their risk of early death by 20 percent. Meeting the 150-minute recommendation had greater longevity and lowered risk of death by 31 percent.

Those who reduced their risk of death by the most significant proportion were those who tripled the recommended level of exercise — working out for 450 minutes per week, or just over an hour per day. Most of these people reported walking as their primary method of exercise. This pool of people were 39 percent less likely to die early than people who didn’t exercise at all. 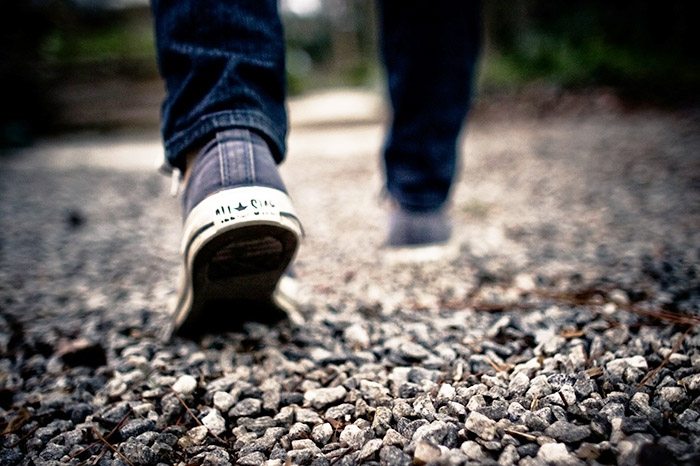 Researchers did not find any additional benefits of exercising longer than that in terms of longevity. For instance, those who reported working out for 10-times as long as the recommended amount didn’t reduce their risk of dying prematurely any more than those who worked out three-times as long, but they didn’t increase their risk, either.

The other study focused on how exercises with varying degrees of intensity influence death. Researchers examined the exercise and health data for more than 200,000 Australian adults, taking into account the amount of time spent exercising and what proportion was classified as vigorous, such as running instead of walking.

As in the other study, meeting the exercise guidelines had significantly reduced the likelihood for premature death. While engaging in moderate exercise was effective, engaging in vigorous exercise — even just occasionally — had measurable positive effects on longevity. According to the report, those who dedicated 30 percent of their weekly workout time in vigorous exercises were 9 percent less likely to die early compared with people who performed moderate exercise for the same amount of time. Those who spent more than 30 percent of their exercise time in strenuous activities were 13 percent less likely to die prematurely, compared with those practicing only moderate exercise.

Every individual must assess the amount of time and the exercise intensity level that is right for him or her. However, these two studies solidify answers to important questions, and their findings have profound implications. For those primarily interested in losing weight, it is possible to calculate how many calories a person burns between their resting metabolic rate and exercise. That science has been known. Now, there is clarification on how much exercise is needed to prevent early death — something everyone could benefit from knowing.